Joseph sat up with a yawn, stretching his arms—his eyes half-lidded. He sat there silently for a moment, trying to wake himself up, but found himself wanting to crawl back into bed. A knock on his door shook the sleep from his eyes and jolted his body awake, however.

One of the Erulanites opened the door—the daughter of the House he served by the name of Maru’Chi. Maru’Chi stepped inside and gazed upon Joseph with her four enigmatic, blue eyes. She looked like most Eurlanites did; she had orange, slippery skin, an enlarged cranium had tentacles protruding from it, sallow cheeks, and a pointed jaw. Instead of legs, she had tentacles, but the rest of her looked humanoid. Joseph had heard most humans refer to Erulanites as ugly, aggressive, and unlikable, but he found that he didn’t have many opinions on them.

“Get up. You’re at Sector C today.” Maru’Chi said bluntly. “We expect you back at home by six to keep us safe from night marauders.”

Joseph nodded wordlessly. Maru’Chi left the room after giving her orders. Joseph headed to his closet and didn’t need to take time to choose what he was going to wear, because all of his options were the same; it was the uniform worn by all of the Praetorian Guards. A simple, blue, dress shirt and black slacks, a bullet-proof vest, and a long, red coat cloaking him down to his knees with a badge attached with his name stitched into it. Joseph stifled another yawn as he padded across his white-carpeted floor and into the adjoining bathroom. He took no time to try and wake himself up; both because he was on a time crunch and would be punished if he were late, and because he had no reason to take his time.

He was used to a routine that he had been comfortable with since he was old enough to remember. Get up, patrol the city, incarcerate disturbers of the peace, go back to his owner’s household, eat, and then finally, sleep, only to do it all again the next day.

Joseph turned on the water and let it spray him, washing off the dirt and grime of the previous day. He didn’t blink as he let the water douse his face, despite the fact that his eyes stung a bit from the direct contact. He stood there, immovable for a moment, enjoying the sensation for a reason he couldn’t pinpoint. After that moment was over, he rubbed his body down with soap and then scrubbed his hair with shampoo and conditioner from the shower caddy. Upon squirting the shampoo into his hand, he stared at the purple substance curiously. He blinked at it, wearing a neutral face. Afterward, he dabbed his pinky into it and, in turn, rubbed the shampoo into his eye.

It stung far worse than the water did, but he didn’t scream or curse. He shrugged to himself, and then he turned the faucet in the shower to cold instead of hot.

The shock of it was so surprising that he jumped. He breathed harshly, and decided to keep the water cool the rest of the time he was in there. It helped wake him up.

After he was done showering, he got dressed and then left his room. Outside, he brushed passed the other human staff in the house who were bustling past him. He knew some of them by name, but most of them were just nameless faces. His feet were padding across an impeccably soft, white carpet that Maru’Chi had told him was made of rabbit fur, and on either side of him, he was careful to make sure that his shoulders didn’t graze—or knock over—the expensive vases sitting on specially designed tables that were made to be fashionable and not functional.

“Look at that new portrait of Mistress Maru’Chi,” Joseph heard a human slave murmur. “If she weren’t so ugly, the painting would be gorgeous.”

Joseph looked in the direction of the voices and followed their gazes to the new portrait. He didn’t know whether the painting was well done or not, so all he could think was, it really does look like her.

After that, he continued on his way. He marched downstairs where the family he served was having breakfast. Maru’Chi, her mother, and her father, were gathered around a table eating seafood. Next to the table was a fish tank that was big enough to house all three of the Erulanites. Joseph had heard other slaves in the household talking about the fish tank once, and they said that the noble family commissioned it so they could eat inside of it every now and again and be reminded of home.

He didn’t know why, but the thought made a smile twitch at the tips of his lips. Joseph wordlessly bowed to the family, and in return, Maru’Chi’s father—K’Altrin—nodded his head. “We’ll see you at six, Joseph. Be careful out there.”

Joseph nodded in return and then headed out the door.

As promised, here is the story that y'all made the goal for! I truly appreciate all the support I got for Inksgiving, and I hope you enjoy this quirky story. XD

Ooh this sounds really interesting already! XD So happy to help you reach this goal! 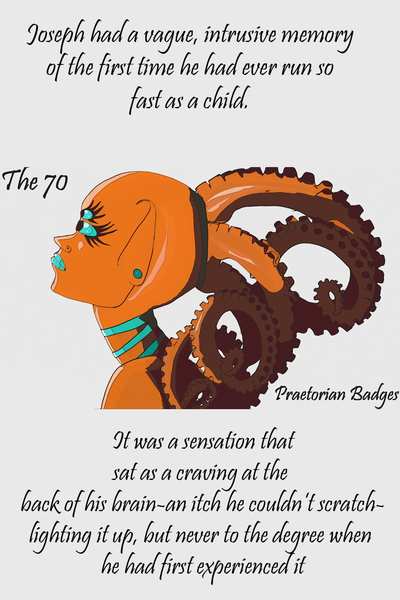 Joseph is a Designer Child--a human whose genome was altered to make him faster, stronger, and yet more compliant than the average human. The alterers of his genome are an alien race who invaded and conquered earth centuries ago who call themselves the Erulanites. Like humans, the Erulanites are constantly at each other's throats and Joseph is charged with preventing crime from both humans and Erulanites within his own city, and charged with protecting its borders from rival Erulanite cities.

Joseph was programmed from birth to care only about his job and nothing else. He lives his life like a train with only one destination. He wakes up, he eats, he does his job, and then goes to sleep and does nothing in-between. But all that changes when the alien House he works for requires him to take a vacation and he meets a human woman who makes him think of things other than work.
Subscribe 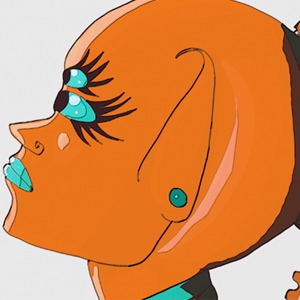