The Angels' Pride (The Fallen Angels)

Resentment coursed through her, bitterness consuming all her thoughts.

Sariel looked out her apartment windows, looking upon the beauty of Heaven from her confines. Rays of sunlight speared through cloudbanks to glance off the pastel buildings of the Citadel and the long white bridge that connected it to the palace. She watched with longing at the Angels that were free to roam as they pleased, walking and flying through the streets and the skies. She heard their songs and their laughter, the music of Heaven filling her ears. She watched them flirting, talking, and kissing.

She saw them living free, and she was jealous.

Sariel knew that envy was one of the deadly sins and that it had more power over her than an Arch Angel should ever allow, but she couldn’t help it. She was jealous of the other Angels free to leave the palace, free to roam the Citadel. Sariel was especially envious of those who were allowed to descend to the Surface. A place she had never been. Sariel was rarely allowed to leave the palace, able to count on one hand the number of times she had been allowed to visit the Citadel.

Sariel understood her brother’s concern. She had almost no magic of her own, lacking the basic defences afforded to even the weakest of Lesser Angels. It was ridiculous that she was an Arch Angel who could not leave the palace without an escort. Sariel found it weird that she was even an Arch Angel, being almost powerless. But she was Michael’s sister and she was the daughter of Samael and Lilith both of whom had also been Arch Angels before being killed in the War.

But that wasn’t the only problem, not only was Sariel practically powerless, something thought impossible for an Elder Angel; she was also the youngest. The Arch Angels babied her because she was one of their own, and she was at the bottom of that strict hierarchy. But the other Elders worried over her because she was the last of their kind. There had been no Elder Angels born for nearly two thousand years. Not an uncommon situation for the immortals but a troubling one nevertheless. Until Michael and Gabriel managed to conceive a child, they would continue to baby her.

Sariel wished that someone would birth another Elder, not just for her sake but also for the sake of the Angels. The Elder were the most powerful Angels, but many of their numbers had been killed in the War of Heaven and the subsequent Fall. Despite well over a thousand years having passed since the War they had not recovered to the numbers they had once enjoyed. Many of the Arch Angels had died, forcing several of their children to step up. Including her, as stupid as it was.

Sariel theoretically had the power of ruling Heaven and Earth, but in reality Gabriel and Michael ruled the world. The other Arch Angels were mostly family members, they simply compounded their ruling strength. Sariel was powerless, having barely any magic of her own, and no experience of the world below. She was being groomed by Michael and Gabriel to be all she could as an Arch Angel, but she thought the point moot. She was simply expected to lend her vote to any decision they made.

That alone would spike anyone’s envy, but the fact that powerless Lesser Angels were allowed to go to the Surface to whisper in the ears of mortals to fight the waning faith simply stoked her jealousy. Why should they get to go and she not? They were more defenceless than she was, she at least was immortal, the Lesser were simply spirits. But as Gabriel said, they were expendable, and she was not.

Sariel agreed and disagreed. She was after all an Elder with the potential at least to conceive, they were dead and unable to reproduce. Lesser Angels were everywhere, Elders were much more of a rarity.

Sariel sighed as she continued to gaze out the window, there was so much she wanted to see and do. She wanted more than anything to visit the Surface. To see mortals, real land, to see the sea. She wanted to walk among the Humans in their swelling cities, to gaze upon the Heathens, who undermined and resisted the will of Heaven. To marvel at the technology Humans had created. To see the night.

The Palace and Citadel were a place of ever sunlight, it waxed and waned but never went dark. The skies would streak beautiful pinks, oranges, and purples but otherwise, it was near perfect azure skies all the time. Even storms rarely visited the Citadel.

There was so much she wanted to do, see, and experience. Had wanted to do for over a thousand years. But had never been allowed. It just wasn’t fair.

Gabriel slipped into Sariel’s rooms, moving with all the silent grace inherent to the Elder Angels. She was a beautiful woman, a standout beauty even among the immortal and flawless beauty of the Angels. She was tall and lean, with sun-kissed olive skin, and six glorious white and gold wings that managed to catch every ray of light. Even her blonde hair seemed to float like liquid sunlight around her head. But above all, it was her extremely rare violet eyes that made her unique.

Gabriel was the poster child of Angelic beauty, all sun-kissed and reflections. Sariel, just like the rest of her family were almost polar opposites. Like her brother and uncle, she had very pale skin that made them look like they had rarely seen the sun. It was hard to think that they lived in the eternal sunlight of Heaven. They also lacked the blonde or brown-blonde hair most of the other Elder Angels had. They had jet black hair that matched their six jet black wings, once again something completely unique to their family. But then, their physical appearances were the characteristics of the Angels of Death.

For whatever reason that bloodline overpowered all other inherited characteristics. It was, however, a pure breeding bloodline, producing some of the most powerful Arch Angels, all four of them had been Arch Angels. It was this unique power that had made Michael a good match for her own phenomenal powers.

Not that their powers were doing them much good. The world was changing, faith was dying out as science accelerated Humans’ control of their own destiny. Every Angels’ strength would be needed to reign back in their wayward subjects.

It was this thought process that accelerated her anger when she saw Sariel daydreaming out the window.

“Sariel, what are you doing?” she snapped. Elder Angels were far more valuable than any other Angel. They needed every trained Elder they could. Sariel might well be that crucial tipping point.

Sariel turned those surly violet eyes towards her, why did she always have such an attitude?

Gabriel twitched her wings in annoyance. “Live! Ha! The Lesser Angels are dead spirits rehoused in magical flesh, how much living are they doing? You are living, Sariel, you are an Elder, real flesh and blood housing powers beyond reckoning.”

“Powers beyond reckoning! I can barely light a candle. I have more in common with them than with the Elders.”

“We are their masters. There are problems with your powers, granted, but you are still an Elder, still an Arch. You have control over them.”

Sariel squared her shoulders. “Why should I rule them when I hardly know anything about them? Why should I govern over the Earth when I have never seen a Human let alone their cities? How can I understand the work of Demons when I cannot see it for myself? Instead, I am stuck in this palace day after day, century after century. I’m not even allowed to visit the Citadel, the heart of Angel power.”

“Not well! I’m perfectly fine. I can fly, I can walk. I’m not sick or weak. I’m naturally protected by my latent powers. I could fly down to the Surface and see the world for myself. Someone could come with me, half of Heaven could come with me if that is what it takes. You need to let me live!”

Great, another tantrum. Gabriel struggled to keep her voice calm as she spoke. “Sariel, many things can go wrong on the Surface, there are a great many temptations and dangers.”

“Stop judging me by your brother. I am not Lucifer!” Even as she said it Sariel realised she had gone too far, Gabriel’s face contorted with rage, her violet eyes seeming to burn.

“No, you are not, he at least cared about his duty,” she spat as she stormed out the room. The doors slammed shut, and a pink shield bloomed across it. Sariel wasn’t going anywhere.

Interesting, it was rare for Gabriel to make a slip but she had just praised Lucifer. Of course, that was an indication of her anger if she had just favoured Lucifer over her. Gabriel loathed her brother with a fury that seemed to have no end.

But then he had divided Heaven with its civil war. He was the reason there were so few Elder Angels. The Fall had extracted a huge price on the Angels disloyal to Michael and Gabriel.

Sariel wondered what Heaven would be like if Lucifer had won and Gabriel had lost. 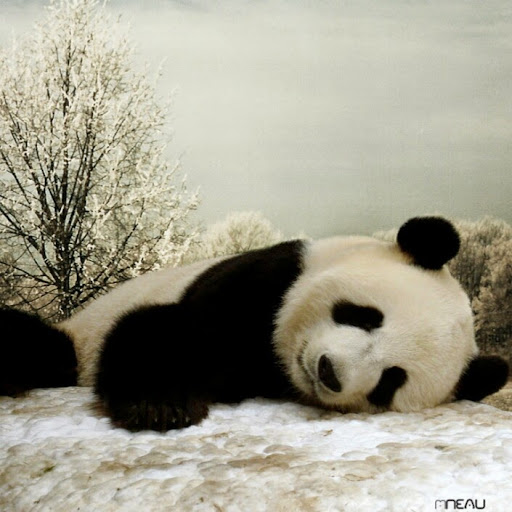 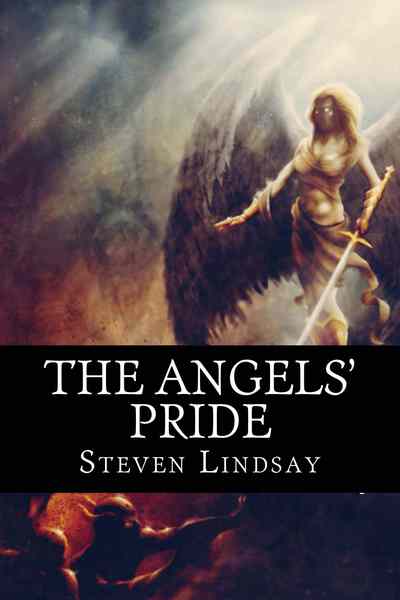 The Angels' Pride (The Fallen Angels)

God is a lie. It is the Angels who rule Heaven in his name and have done so ever since their rebellion. Their power should be absolute, but Lucifer's betrayal and the Fall devastated their numbers. Their reign is weak, and in their desperation, many have committed unforgivable acts.

Sariel is a powerless Arch Angel all but imprisoned in Heaven. She lives a bored, lonely existence pining for something more. Little does she realise that she is a pawn in Heaven's power struggles, but her discovery of its secrets will reignite an ancient war.

The Gods' power has been broken; they are either dead or imprisoned. But when Sariel frees two goddesses, they remind the Angels and the world what they should not have forgotten.

But beneath the power struggles of Heaven and Earth lies Hell and all its dark, forgotten secrets. It is within its tormented embrace that Sariel is drawn to her destiny. But can she survive Hell long enough to reach Lucifer and if she does the Beast will be waiting.
Subscribe 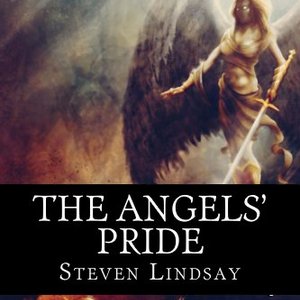