Seven open copper coffins lay in an evenly-spaced circle on the cellar floor. Their heads, each sporting a chalked-on numeral, pointed away from the circle’s center. Maximilian retraced his measured steps from one coffin to the next, each one barely as tall as his waist. The man crossed his arms and looked at the bipedal form inside the coffin marked "1."

It would be taller even than Maximilian, just like the other six. The smooth, armored plating on its torso, head, and limbs reflected the dim orange glow from the surrounding magicked torches. Where the plates separated to allow for flexibility, tiny engravings crisscrossed the boulderwood surface in veritable rivers. Its “face,” with two shallow pits for eyes in its carved cranial piece, included a hollow, horizontal rectangle as a crude facsimile of a mouth. Just like the other six.

Also, just like the other six, it lay motionless in its shallow pool of clear, arcane liquid.

Maximilian turned to the long, low, and orderly workstation against the cellar laboratory’s back wall. There, a diminutive figure with short, sandy hair deliberately pulled a thin paintbrush across a colored, hexagonal crystal. Ludger’s languid pace sent another shot of tension through Maximilian’s nerves.

Maximilian walked to the station, stooping slightly to keep his shaved head from scraping the ceiling. He stopped behind Ludger.

“Your letter assured me the preparations would have been completed before my arrival.”

Ludger completed the black, ruby-flecked curve of the symbol with a measured lift of his paintbrush and exhaled. He set the yellow quartz down gently before spinning around in his seat. Ludger redirected his level gaze from Maximilian’s torso up to Maximilian’s eyes. The slight crow’s feet and deep laugh lines of Ludger’s round, rosy face creased further with a reassuring smile.

“Indeed, they would have been! A last-minute crisis emerged with my grandchildren.” Ludger waved the paintbrush in his hand lazily. “Fussy little things demanded my sole and personal attention while my wife and daughter were away. Do you know how it is?”

Maximilian thought of Talia, their four young sons, and the small staff of well-paid servants at their disposal.

Ludger joined his hands over his leather apron and reeled dramatically. “Ah, you will one day, by fortune, you will.” He turned to his workstation once more. “They are a wondrous burden, grandchildren,” he continued as he added another meticulous line to the crystal. “Upending… each… plan… that you didn’t know you could change.”

Ludger set the paintbrush down and moved the crystal onto a silver tray with six others. Each quartz was a different color, but they all had the same black, red-infused markings. Ludger picked up the tray and faced his client.

“Fortunately, the scamps interrupted only the final steps before your arrival. You are quite the punctual man, Don Maximilian DiRossi.”

“Adaptive arcanics has seen no significant advancement in over three hundred years.” Maximilian paused to watch Ludger place a cloudy gray quartz on the torso of the form in the coffin. When the swiffok picked up a cobalt-blue quartz and moved toward the next coffin, Maximilian added, “The success of this project will benefit us both.”

Ludger placed the quartz and returned for the tray. “Absolutely!” He laid a bright green crystal on the third form. “Although the process would have been much simpler had I possessed a Stone of Kaywinn, I mustn’t be obtuse.” He placed a milky-white crystal on the fourth form. “I enjoy the work I do with what I can get at hand!”

Maximilian watched Ludger set a violet crystal on another humanoid form. “Your inability to access these…” Maximilian tilted his neck to one side until the joints popped, “…legendary stones will not hinder the SECAs’ performance?”

Ludger paused, an orange crystal in his hand. “Oh, they’re all identically quite capable! I understood you want them to simulate productive thought process rather than be mindless drones, so I reveled in hand-etching all of the runes myself.” Ludger set the crystal in place and approached the final coffin. “Each one will have their own peculiarities, subtle idiosyncrasies that set them apart from the others.”

Maximilian nodded while Ludger inspected the script on the yellow gem. “Regardless of their ‘idiosyncrasies,’ they will follow my commands?”

Ludger placed the final gem and stepped away from the coffin. He inhaled deeply, sighed, and turned to Maximilian with a smile. “Even without your keyphrase, they will obey as well as the most loyal child or employee!”

Maximilian blinked once and fingered the darker brown pinprick of a scar on his left wrist. That assurance would need to suffice.

Ludger knelt between two coffins’ heads. He touched the granite floor and began to hum.

Maximilian scanned the cellar as the air grew thin and sharp. Ludger’s hum turned into an incomprehensible chant. A swirling green haze seeped from each of the copper coffins toward the center of the cellar. Ludger steadily increased the volume of his chanting, and a boiling buzz amplified itself underneath.

A sizzling, quill-thin symbol burst into existence within the ethereal cloud. It was an upright, seven-pointed star that shifted colors by the second. A faint stream of energy stretched from each of the points toward a separate coffin. A constellation of shapes and sigils coalesced within the cloud, all of which were beyond Maximilian’s capacity, and desire, to understand.

Ludger’s chanting had become a lyrical howl. The buzz shook the forms in the arcane cloud. The markings that had gathered in the spaces above the coffins pulsed with the colors of the gems affixed to the forms inside. Still kneeling on the ground with his head bowed low, Ludger crossed his arms in front of himself and swept them outwards.

The central star exploded. Each point shot along its trail to their respective coffin, carrying its section of the ethereal cloud in its wake with a rippling thud. The cellar fell dark, with only the walls’ torches for light once more. Ludger panted in his spot, otherwise unmoving.

Maximilian adjusted his collar and cuffs, which he hadn’t realized he had rolled halfway up his forearms. He clapped one hand to Ludger’s back and looked around the room.

“You put on quite the spectacle.”

The muscles beneath Maximilian’s hand relaxed. “I assure you, Don Maximilian,” Ludger slurred as he struggled to his feet, “the theatrics are all quite coincidental.”

In the corner of his eye, Maximilian saw movement at the nearest coffin. He followed it to find a plated black hand gripping its coffin wall. Silvery lines shimmered and pulsed across its exposed boulderwood "flesh." 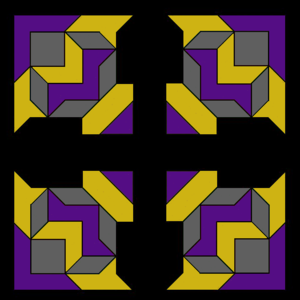 In which seven sparks are struck in dramatic fashion

Amazing book and storyline; If you have some great stories like this one, you can publish it on Novel Star, just submit your story to hardy@novelstar.top or joye@novelstar.top 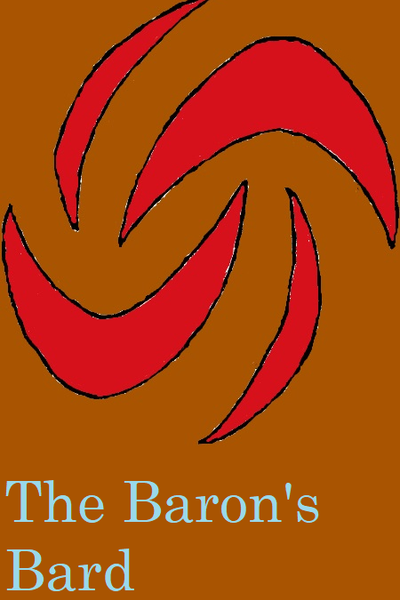 Life is all flowers and songs for Klóe, the only daughter of Maximilian DiRossi, Quinlanti's wealthiest shipping magnate. More so than her older brothers, Klóe lacks nothing that her family can provide, from education to affection. Amidst a blossoming friendship and magical news, her life is set to change for the better.

Like its classmates, Seven is built for tactical combat and espionage. When they are all tasked with protecting the one who commissioned their existence while he settles a vendetta, Seven suspects that unchecked emotions will compromise its already delicate objective.

The night Klóe's father returns home burned and broken, Seven is designated Klóe's permanent protector. After years of inseparability, can Klóe be more than the life that was handed to her? How long can Seven keep Klóe unaware of her family's darkest secrets?

And how much trouble could one half-elf bring onto both of them?
Subscribe 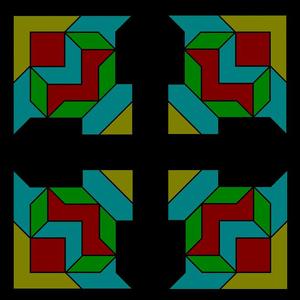