A long time ago …

four kingdoms lived in the middle of the world peacefully ...

It was called Earth's paradisial because of its beauty and the nature of its people.

But that didn't last long

So a fierce conflict between the two Kingdoms occurred to seize this mountain and what it contains.

This conflict soon turned into a bloody war when the king of Akuta was accused of killing the messenger of Sona to calm the situation.

The war has lasted for years, and hatred and hatred have spread among the people of the two kingdoms.

The two kingdoms focused on the other annihilation

After dark years of struggle,

So, Pera, the neighbouring kingdom took this opportunity and this calm and made a truce between the two kingdoms to stop the war

In the darkness of these disturbances that lasted for years and after people became desperate to live in peace,

This truce gave them hope ...

Since then, no one has approached the Mount Mountains, and it has become an abandoned place, and they consider it a curse for everyone who seeks it.

The truce continued between the two Kingdoms, and the new generation began to forget about this war, and the Mont Mountains became just an Abandoned place and a mythical story to scare people...

Will this peace continue?

As long as those mountains are on the earth,

And the greed of humans that we can't satisfy??

"Away from the main city and from the surrounding villages ...

In the middle of a dark forest, a child girl is running for a hope that will shine her way back to home after the densely forest trees and its suspicious creatures hid it"

"The girl falters, falls on the floor and starts crying"

"The girl turned to the sunlight that suddenly appeared, illuminating the steps of a man walking toward her"

"Stop the man at a distance"

"The girl looked at him with fear"

"The man pointed to the top of a huge mountain"

Man: Walk in the opposite direction and you will reach your village...

Man: Take this water ... You must be tired of all that running and getting nervous

Girl: Thank you very much sir, That's very kind of you

"The walks away ... and Before she cut a distance, she stopped and looked back"

"The girl looked around and didn't find the man"

I wanted to know what his name so my mother honored him next time!!

" The girl continued in her way"

The Kingdom of Akota...

"The truce continues between the two kingdoms, things have stabilized, and people have lived a peaceful life away from pain and sorrow."

“But this has settled on civilians and noble families only, as the villagers are still suffering from the king's neglect for them, their needs and the monopoly of money to him”.

“In one of the villages next to the main city”

"in one of the blacksmith workshops"

“His iron hammer hits the final technical touches on a sword that may bought him a new pair of shoes or fed better food...”

Nero: he he he … Mr.Brown's will increase my wage this time

"Walks to the next room"

"Mr.Brown was busy with his work"

Brown: I told you for the 100th time that I know today is your payment day !!

Nero: "Laughing sarcastically" HAHAHA , no, not that, Mr.Brown ... and How long have I been bothering you with this??

"Mr.Brown lifts his protective glasses and turns to Nero"

"Mr.Brown breaks his words when he is surprised by the sword in Nero's hands"

Brown: Nero, didn't I tell you not to make these things?

Nero: But, Mr.Brown, if a prince or one of the noble families bought it from me, I'd make a huge sum of money

Brown: But what if a criminal asks you??

Nero: Then I won't sell it to him

Brown: Trade doesn't work like this, Nero......They'll threaten you with murder then

"Nero gets upset and looks at the ground"

"handle him A barrel of money"

Nero: But today is not over yet!!

Brown: it's okay, take a break for the rest of the day

Nero: All right!! Thank you, Mr.Brown

"Nero walks out with his head down"

"But before he goes away, Mr.Brown calls for him"

"Nero turns to him"

Brown: Don't worry. Your tiredness won't for nothing!!

"Nero smiles a wide smile and cries out for joy"

"Mr.Brown looks at the sword"

He made something perfect!! This sword can really be sold

To a veteran fighter or a prince

Mr.Brown: He really reminds me of him

Nero: My mother will be proud of me when I tell her what I made today.

"Suddenly Nero hears the sound of a trail on the ground"

Nero: WOHH, the ground is shaking!

" Nero looks behind him to be surprised by a huge group of horses and carts advancing fast."

"One of the soldiers shout loudly "

"Nero jumps out of the way and looks at them amazed "

Nero shudders as he looks at their shields, their swords, their muscle-twisted horses, their armored vehicles, and their straightness.

"After they've gone, the dust spread in the place from the hooves of their horses."

"Nero suffocates from the dust and comes out of it "

"Nero comes down to them and stands with them "

Nero: This woman is still young!! Did some criminal kill her?

Man 1: Oh, my God, this disease is spreading in a terrifying way in this village!

"Nero looks to the man and listens to him "

Man 1: "Speaking with mockery", does the king and his followers even care about us? They treat us like slaves.

They take everything we plant and let us rot in these villages for nothing.

Man 2: Keep your voice down, the king's spays may hear you

Man 1: F**k them, whoever went to the king to complain to him our bad state returns headless.

Man 2: It is said that there are some grasses in the Mont mountains that can cure this disease!!

"Then someone comes up with a bunch of hungry dogs. She barks very loudly."

Man 2: Here the ceremony has begun.

"Nero panics and a lot of fear spread into Nero's body, he falls on ground, and he barely catches his breath when he sees the dogs swooping down on the woman's body.

Man 1: Oh, that's really terrifying, I don't want this to happen to my body when I die.

Man 2: It's ok, this ceremony is heroic in the eyes of the villagers, as a sacrifice for our dogs that we can't feed. So our dogs will survive and have the strength to protect our herd and farms from wolves and criminals.

Man: I'm sick of this crap, I'm going to join the army and live a decent life in the city.

"Back home after the shock he saw "

Nero: Damn it! What's happening to this village?

"He remembers the sight of the woman and dogs”

"A man appears from afar "

Nero: you're finally back! How was your trip?

Narsus: "Laughs" It was a great adventure

Nero: " irritated ", when you'll take me with you?

Narsus: "Laughs", Nero, my journeys are full of danger"

Nero: Heh, it's okay that the risk is what I like the most

Narsus: Well, as long as you insist, I'll think about it

Nero: " giggles "he he he Don't worry Narsus , I've been very trained in the fighting skills you taught me, I'll prove I'm eligible to go with you on your dangerous journeys

Nero: What are these red balls??

Narsus: It's kind of fruit, It's delicious

Narsus: All right, farewell Nero, I want to rest my body after this journey

"On a wooden table and modest food, Nero was having dinner with his mother"

Nero: You made dinner early today?

Mother: Yeah, I came back early from work

Mother: No, no, I just felt a little dizzy

"He looks at his mother worried"

Mother :"smiles with a quite laugh" ,don't be afraid, just a normal exhaustion

Nero: You don't have to keep working, Mom

"The mother looks at him"

Nero: I will join the Kingdom's army

"The mother drops her spoon and looks at him worried"

Mother: Army? Nero, what are you saying??

Nero: I'll get a better wage and I'll get you out of this village and live a better life

"with a serious look"

Nero: And most importantly, I want to have enough power to protect you

Mother: protect me?? Nero, this is the duty’s soldiers, There are enough soldiers to protect us and everyone in the kingdom

Nero: Every soldier will protect himself and his loved one before he remembers protecting us

Mother: What are you saying, Nero?

Nero: That's the nature of people here. I'm certain of that

Mother: “With anger”, I will never let you join the army...We have

enough money and I can keep working

Nero: Mom, please, this village will soon be turned into a graveyard

“his mother spoke sadly and with a quite voice”

Mother: I promised your father that I would wait in this village until he returned

Nero: "Mutter", It's been many years if he really wanted to retune he...

Mother: There's a lot of risks when you join the army, and I don't want

"Nero smiles with a wide smile"

Nero: I never lost any risk in my life, and you know that, Mom

"He hears a voice from behind"

Nero: Oh, Tina! What took you out at this time?

Tina:" giggles" I couldn't sleep, and I saw you walking alone in the village

Nero: Uh! Your mother will kill you if she finds out you're not home.

"Tina sits next to Nero"

Tina: I'll tell her I was with you.

Nero, you're gonna make it worse.

"They stares at the full moon"

" Nero takes out the cherry beads "

Nero: It's a fruit that Narsus brought from his last journey.

" They eat the cherry beads... Then they look at each other"

Nero and Tina: Oh it's delicious!!

Nero:" Laughs " as expected from Narsus

Tina: Are things really that great outside the village?

Nero: That's for sure, and one day I'll take my mother and live in the most beautiful spot in the world.

Tina: I heard your father was venturing with Narsus.

Nero: That's right, and after he disappeared, he asked Narusus to take care of me and my mother.

Nero: hmmmm yeah , I think I inherited this thing from him.

Tina: "In a low voice" Do you still believe in his return?

"Nero looks at the full moon"

"Nero looks at the cherry beads in his hand. "

Nero: Actually I haven't seen him since the day I was born so I can't judge his behavior but...

Nero: But if my mother believes his return, I'm sure he'll be back.

Nero: Oh, look at the top of the Mont mountains, its shining

Nero: The full moon has lit its snowy peaks

Tina: Hey Nero, it doesn't look as terrifying as they say in the stories

Nero: It's just stories. Don’t believe anything is said

Tina: Do you really think it's just an ordinary mountains?

Nero: Mmm, I don't know, but we don't have to judge anything before we try it.

"Mother hears the sound of a knock on the door "

Mother: Oh!! Who comes at this time?

"Mother finds a soldier standing at the door "

"Give her a paper-wrapped and with a royal seal on it."

Man: It's an invitation from the king... You're going to be one of his maids from tomorrow. 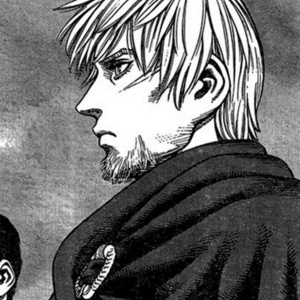 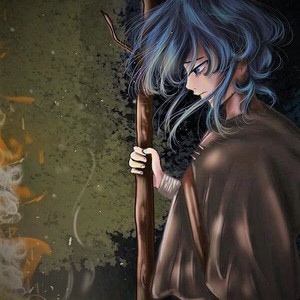 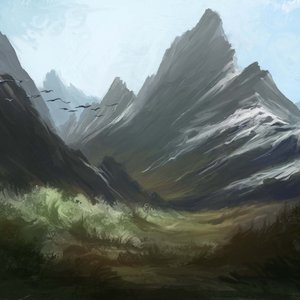