The Castle on the Edge of Night

We live in dreams,
Shimmering, glistening dreams.
Under the light,
of the pale broken moon

We lived in a little house betwixt houses. Just my mother and I. The house was old and shattered, but it was ours and ours alone. We lived close to the border of our little town, in the land of Eventide. It bordered the inky black expanse of the land of Nocturn, where the sun's light never touched.

Towering over behind us, on a far hill was the castle of the Night King. We could see it through the cracks of our boarded up kitchen window. Big, dark and imposing. It shone bright white out of the darkness around it, echoing the light of the moon that continuously hung over it. Often I stared at it, wondering what went on within its walls. Wondered, but never really wanted to know.

“Roxanna, come away from the window,” mother called from her rocking chair by the fire. Her voice was soft and slightly strained over words she’s used a thousand times before. “You know you shouldn’t be looking at the castle.”
“Yes mother.” I turned away from my thoughts and ran my cup under the tap, then walked over to her. I glanced down at my clay figures of a cat and mouse that I had made earlier by the fireplace. I needed to get more clay soon. “Mother?”

Mother didn’t look up from the fire.  I sipped at my cup, until I drained all my water. Then spoke out again. Louder. “Mother?”
“What? Oh, sorry Roxy. I was… thinking. Sorry, my dear. What is it?”

“I would like to collect some clay from the river. I won’t be long,” I said, while carefully placing my cup down on the table.

“You… shouldn’t leave, there might be people about,” mother said, fidgeting slightly in her chair. “You … you shouldn’t see anyone.”

“It’s much later in the day already mother. No one will be about.”

There never is, on our side of town.

“Yes mother,” I said. I went to the door, opened it and stepped outside. Cold air swept into the house in a rush. Gentle flakes of snow landed on my face. “It’s snowing,” I gasped and shivered and smiled. I loved the snow. I pulled my little shawl tighter around me as I watched the flakes slowly descend.

“Roxy, don’t stay out too long,” mother said cautiously.
“I know mother,” I said and ceased my smiling. Quickly I glanced to my left and right. “Don’t worry, there’s no one around.”

In the centre of town was a large grey clock tower with a shingled red roof. It loomed over every building in town. I often wondered if it would look a brighter colour under a lighter sky.

There was usually a bustling market around the tower, before the sleeping hours. From our house you could barely hear them yelling of ripe oranges and deep red strawberries.

“It is three twenty four, mother,” I said glancing at the clock. “The market will close up soon.”
“Come inside and shut the door,” she sighed. “I suppose I should get going soon.”

“Roxy…” she sighed. “Alright…” she said after a slight pause. “Take the clay and return home,” mother replied not looking up from the fire. “Please Roxy, don’t be long.”

“Yes mother, don’t worry, I know,” I said. After closing the door gently behind me I began my short journey to the outskirts of town.

Our town was a mass of grey. Grey cobblestone floors, grey roofs attached to stone grey walls. There was no one living in our side of town anymore. I peeked into some of the empty houses. They were filled with cobwebs and dusty furniture. I wondered who lived there. I wondered what dreams they had before they disappeared.

To the left, on the outside of town, the horizon was a blazing streak of red. There lay the land of Undern. I longed to go there one day, into the afternoon glow. Beyond that was the land of Morwen, where the sun hung in the sky. The other end of the world.

I was not unhappy here. Mother was here, and I liked our little house. It was peaceful. I was content. And I was out to get more clay. I looked down at the ground and imagined all the things I could make with a new handful of clay.

Maybe a new bowl. Or a bear. I haven’t made a bear in a while.

The sound of gravel under my boots brought me out of my reverie. The town was now behind me. I glanced upwards and saw the river to my right.

The river that marked the border to Nocturn was long. Very long. It stretched as far as my eyes could see. I went towards it and dipped my finger in. The water was cold. Very cold. It always was.

Mother always warned me not to go to too close to the edge, but I could never help myself. Deep below the river was a forest. A beautiful silver forest. The trees glowed, bathed in moonlight, and the leaves swayed gently with the slow current of the water. Beyond the river was Nocturn, and its thick darkness that threatened to cross over. That, and the castle. The beautiful, impossible, glowing castle.

Cautiously, I approached the river bank. I crouched down and scooped up piles of colourful clay with my hands, holding it close to my dress. My dress was already an odd brown colour; no amount of dirt would make it look worse. As I stood up, I sneaked a peek down into the beautiful world under the water.

There was something moving. Someone moving. A figure was swimming between the trees. The silver haired River Folk. Everyone knew the stories of those they dragged into the depths. I did not want to be one of them. The figure stopped. It looked to be a boy my age. He looked around the river. Then quickly looked upwards.

Did he see me?

I took a step backward and felt myself shiver. There would be no lingering today. I turned and ran back home.

My boots made echoes as they slammed on the cobblestone floor as I hurried through the streets. Snow caressed my face as I sprinted through the cold. I did not know how much time I had spent running, but when I reached the door the clock read half past four.

The door creaked when I pushed it open. “Mother, are you home?” I called out and was greeted by silence.

The fire had gone out. I went to the fireplace and dumped my clay load on the ground and set to lighting the hearth.

We could have removed the boards from the windows for a bit more light, but mother did not allow for it. She boarded up the windows when we first came here, and set our rules. I was not allowed out after the town clock struck six, and I was to talk to no one but her.

When I was done with the fire I moulded my fresh clay between my fingers and made myself new companions to add to my growing collection of clay figures on the shelf by my bedside. When I was done I watched as they hardened by the fire, and happily imagined them dancing and swirling about.

Then my thoughts were interrupted by a knock on the door. 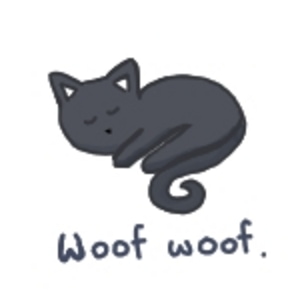 Hello hello :) Hope you guys enjoy reading. This story is in competition for the #nov18writerscamp, so if you like it please subscribe! Comments and critiques are also very appreciated! If you don't that's okay too, and have a nice day :D.

The cover was once again done by the wonderful kimibean (https://tapas.io/kimibean) :)

The setting of the world was also inspired by Whatevermancer's Dämmerungsschatten (https://www.wattpad.com/story/152711313-dämmerungsschatten). If you love dystopian and read German go check it out! :)

Please note that this is kind of a first/second draft situation and thus may contain tons of mistakes :S and I would love it if you saw one and pointed it out to me! It will be 'cleaned up better' once Nanowrimo is finished of course! :)

Whelp, I think that's all for the first post! God bless, and have a nice day.

PS: I edited the first version of this chapter :P It kind of repeated itself and I didn't realise, I'm sorry!

PPS: I edited the whole chapter. :) Nothing major though, I did add that the land of "Morwen" into the first chapter, which I forgot to do. :P

PPPS: :P I also added the song. It's on youtube too if you want to listen to it there : https://www.youtube.com/watch?v=eRwwug77nVU&t=14s 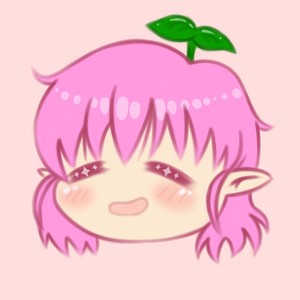 Hello! Yay you posted! Thanks for using my cover ❤️ and good luhhhck! That wasn't meant to have h's in it but oh well xD Can't wait to read the rest! 😮 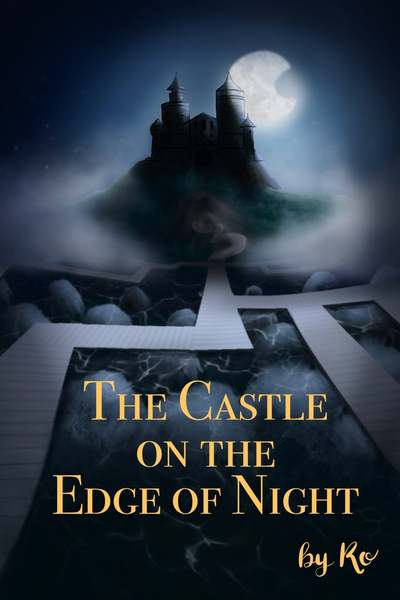 The Castle on the Edge of Night

Every year, when the bell tolls for the New Year Roxanne hides in fear for the Night King comes to take away someone from the village. When her mother is about to be taken Roxanne must make the choice, to let her mother go, or to take her place.

Book cover was made by Kimibean
who you can find here: https://www.instagram.com/kimibean.art/

The novel's setting was inspired by Whatevermancer's story 'Dämmerungsschatten' :) ! If you love dystopian and read German you should definitely check it out:(https://www.wattpad.com/story/152711313-dämmerungsschatten). 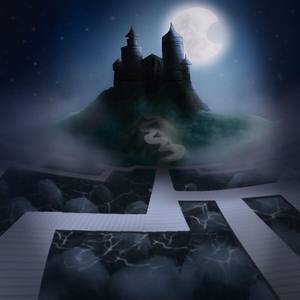