A small crowd was gathered around an old and very worn stage. The stage was set in the center of a large town, many people passed by it daily, however there weren’t many people who would take the time to stop and watch the show that was set before them. The show of two tale tellers who wore odd clothing and spoke in many tongues.

The first a woman of beauty with a short and slender form. Her eyes were the color of gold and she had dark black hair that fell just below her shoulders. She never failed to wear a dark blue gown, with a black belt wrapped around her waist and black shoes that never had a speck of dirt on them. To the common eye one would think she were a commoner from anywhere in the northern lands, however that is until they got a closer look. Her dark almost black skin gave off a faint glow of gold while a golden headband was laced around her head and through the short braid in her hair.

“Hello one and hello all! Welcome to a tale teller's world!!” The girl would shout every morning at dawn with a face of excitement and energy.

The second was a man of clear power, with a strong, lean frame covered in a dark cloak embroidered with golden thread across the fabric. A black shirt was under the cloak along with a black pair of pants. He had dark piercing silver eyes that watched the crowd with joy and a sense of adventure. His hair was neatly combed back and his skin also had a pale silver glow coming off of it. However his skin was much darker than that of his companions’.

“Yes welcome to our show of wonders,” The man grinned as he bowed lowly while watching the crowd.

The woman known as Pheona Stormcore was cheerful as she bounced around the stage. Her eyes were nearly glowing as she watched the small crowd that would gather daily. An even wider grin spread across her face when she began to speak with a loud and excited tone.

“Hello one and hello all. Today our tale is a very special one. One of humans and dragons both heroic and villainous. A tale of a young maiden named Renea Goldson, and her family,” Pheona giggled as she bounced around the stage.

“Renea Goldson one of the only remaining survivors of the Goldson Family line, unknown until the day she was returned to her rightful place,” The man, Phillip Blackcore spoke in a calm and emotionless voice as he watched the crowd cautiously.

“This is the tale of how a young girl grew into a strong warrior, and created her own family from the ground,” Pheona spoke loudly as she twirled around the stage.

“She created a family of all elements and all backgrounds, one with good and bad within it,” Phillip added while looking around at everyone in the audience.

“Hey, that’s every family,” Pheona pointed out as she looked at Phillip with a raised brow.

Rolling his eyes Phillip looked at Pheona with a small smile across his face. Giving a bow he looked back at the crowd and spoke slowly. “Welcome to The Dragon’s Promise,” He said with a smirk on his lips.

“Hey! I wanted to say that!” Pheona shouted in anger.

“Now before we can reveal the tale of Renea Goldson, we must first begin with how she earned the title as Drake!” Phillip announced loudly as he gave a swift bow of his head.

The crowd looked at the two in awe before they all began to cheer, it was music to their ears. Being able to spread the tales of old and to bring awe and wonder to all of those around them was amazing. Grinning to each other, Pheona spoke up as she took a stride to the edge of the stage before her.

“It all began one one beautiful night, when the stars shinned brightly in the sky above. Their beauty was a calling, something that the young child Renea had never been able to resist,” Pheona said spreading her hands around as she began to dance around the stage once again in excitement. 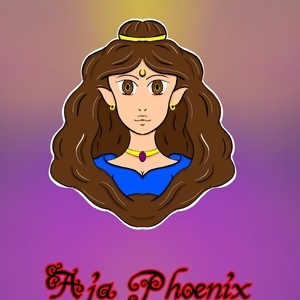 I hope everyone is looking forward to my story! 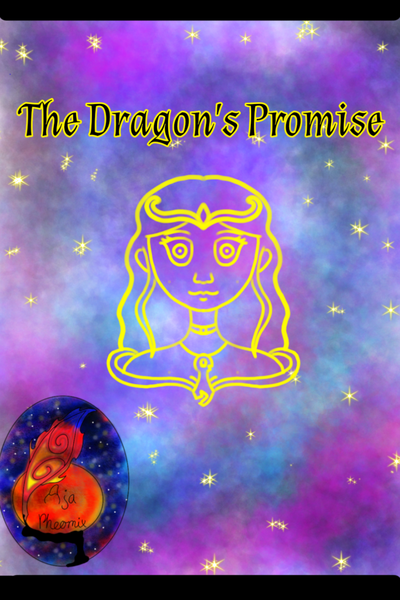 Renea Goldson is a young girl who never new her homeland as she was taken from it as a childfor her own safety. She never hated the family she never met and grew up always smiling and learning. One day she stumbles upon a dragon, and something inside her exploded in shock and wonder. Ever since then she is determined to protect the flock that she soon bonds with. Letting nothing take it away from her.
Subscribe 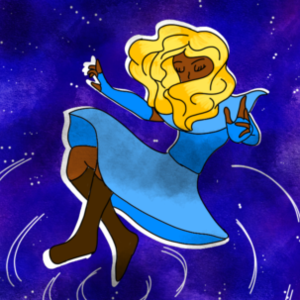