The Dream of a Hero

In a world full of magic, monsters, and all sorts of supernatural things, nothing comes easy without having strength or some sort of special trait or ability. Otherwise, you're at the mercy of those with strength. Merek, at the age of 8, was one of those children who acted like he didn't need anyone's help or protection. In fact, he wanted to act like the one who could protect those in need.

Whenever there was trouble, he would charge in blind without any grasp of the situation. This would happen frequently whenever he saw some kid getting bullied and he would jump in to save them. Sometimes he would scare off the bullies, but other times he'd get beat up along with the person he was trying to save.

His mother, Grace, was always worrying about him. She hated to see him get hurt, especially if he didn't have to. One day, Merek returned home with several cuts and bruises all over him and she scolded him for getting into another skirmish.

“There's no need for you to be doing this to yourself,” she pleaded. “Can't there be one day where you're not covered in blood?” She would wipe his face while he laughed proudly.

“C'mon, mom. Don't treat me like a kid,” boasted the 8 year old. “Dad told me I needed to protect Klaudrah.”

“But he also said you needed to protect me, not only the village. You can't do that if you always come home looking like this.”

Grace's attempts to sway Merek from his heroic actions was futile. He wanted to be like his father and help people in the village. In his eyes, he saw his father as a noble mercenary rescuing those in danger. It was only natural that he would want to follow in his father's footsteps. In time, Merek's enthusiasm would spread among his friends and he would lead a gang called the Warriors of Justice. At this point, Merek was 9 and the oldest of the group of kids was Kelton, who was 12 years old and second in command of the Warriors of Justice.

It would grow from a gang of 5 kids to a clan of 24 members in the matter of months. These warriors would go around the village and keep the peace among the younger generation. But in contrast, there was another clan, called the Glory Destroyers, who consistently rebelled and caused mischief through the village. The two factions would constantly be in conflict, but this mini war between them would be short lived. Not because anyone wanted to stop them from fighting (for the real soldiers of the village Klaudrah believed this conflict would breed fine warriors), but at this time, a large group of bandits invaded the village.

The two clans were in the middle of their squabble when the fight for survival began. Homes were burned and men galloped through cutting down whoever was in their paths. The soldiers of Klaudrah fought back, but were at a severe disadvantage because of the surprise attack. For this battle, the Warriors of Justice and the Glory Destroyers joined forces to aid the soldiers and protect their home from these bandits. But this treaty was in vain as the young pretenders’ sticks and stones were no match against the steel swords and bows they fought against and they were cut down. Blood was spilled among these children and the survivors ran to hide from the enemies. But Merek and Kelton refused to abandon this fight, which consequently lead to them being surrounded.

At this moment with 5 horsemen encircling the two kids, Merek didn't think about himself being in danger. He looked beyond the foes before him and saw his house in the distance on fire and only thought of protecting his mother. Even though the foes blocked his path and kicked him down, he persisted to get through. Just as the bandits were getting tired of toying with the brave kids, Merek's father, Jolanus, took the bandit's attention away from the boys by chucking rocks at them. Seizing this opportunity, Merek and Kelton snuck away and ran to rescue Grace from danger. Once they got away from the bandits, Jolanus was able to easily put the bandits on the defense with his masterful swordsmanship cutting down their horses and evading their attacks with superhuman acrobatics. Merek and Kelton watched epic fight in awe for only a moment until they remembered their mission to save Grace.

The soldiers of Klaudrah began to push the bandits out of the village. There was not much confrontation on the way to Merek's home. But when they got there, it was too late. The house was engulfed in flames and the heat was too intense to go near it. Fueled with guilt for leaving his mother, Merek knew it was his responsibility to protect her at all costs. Kelton tried to stop him, but Merek ran through the flames and into the house. He searched in vain as smoke stung his eyes and the flames clung to his clothes and burned his skin. He was only among the flames for a couple minutes, but those minutes felt like hours as he cried out for his mom and pleading for a response. His father would rush into the burning house to pull Merek out who still wanted to search for his mother.

Jolanus was able to calm the sporadic boy by telling him that his mom was able to escape before the building was lit. “Really? Where is she?” Merek wondered in releaf. That relief then turned to worry when his father hesitated.

“Your mother was able to escape the fire, but an invisible blade is what took her.” Merek was shocked and didn't want to believe it. He denied what his father said, but he continued. “Her request was for me to make sure you're safe. Your survival was the most important thing to her.” At that moment, Merek spotted a woman laying on the ground not too far off. He couldn't see her face, but there was no doubt that it was his mother because of the clothes she wore. He called out to her and wanted to run to her, but his father held him back, knowing the sight would be too terrible for a young boy to witness (as if this sudden invasion wasn't scaring enough). Merek sobbed in his father's embrace hoping he wouldn't lose him as well.

These events would change how Merek views himself and the world around him. Not only did he want to continue helping people, but he wanted to be strong like his father so he could have the strength to do so. But it was always in the back of his mind that he played a part in his mother's death for neglecting her in such a dire time even though his father constantly reminded him that there was nothing he could have done to prevent it.

After that day, the survivors from the Warriors of Justice and the Glory Destroyers had disbanded and parted ways. The village leader then announced there to be training among the people of Klaudrah to be prepared for another attack and to prevent more losses. Merek and Kelton were eager to join in that training program and were thrilled to get a chance to protect Klaudrah for real next time. But unlike Kelton, Merek didn't start training right away. Instead, he went around helping with repairs to anything that was damaged during the attack. About a month later, Merek would join Kelton during training with professional soldiers. (Though he was disappointed he couldn't train with his father since he went on yet another mission outside the village.)

They would learn unarmed martial arts and the basics of how to use some weapons such as swords, staffs, maces, and bows. Along with learning skills, they worked on training their bodies and building stamina and muscle. 2 years would pass, Merek was 11 years old and Kelton 14. There was no major incident since the attack of the bandits and some people doubted whether if there's anything to worry about anymore. But occasionally, about every couple weeks, his father would come back and remind him what he was training for, that he needed to protect the village, and that anything could happen at any moment. With those words in mind, Merek trained confidently until, one day, his father returned to the village with an urgent message. 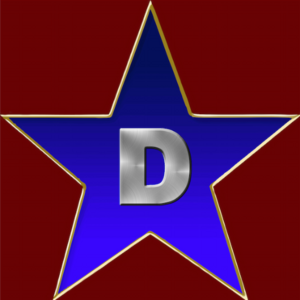 This is where Merek's heroic actions begin to take place. Though acting like a hero doesn't always get what he wants. 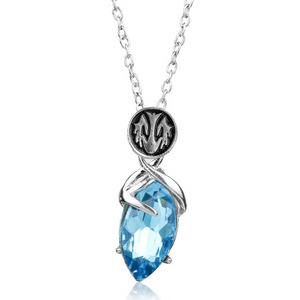 The Dream of a Hero

The land is in peril! But fear not! Merek, the hero of this story, has come to free the world from the clutches of evil! Or... at least he'll try...
Subscribe 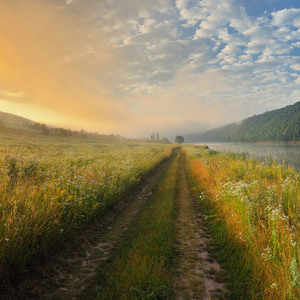