The Explorer and the Shifter

Hunter nearly tripped as his feet pounded against the soft earth, the hood of his old tattered cloak obscuring his vision slightly. Still, it did the job in covering his features, so he kept it on. He also had a small amulet with a small ruby in the center of it around his neck, tucked into his shirt to hide it. He ran as fast as he could as shouts erupted around him. He shook slightly, a stitch in his side developing as he kept just blindly running, hoping to put as much distance in as he could. Eventually, he had ended up finding himself inside a rather large forest, the voices having faded a while ago. However, he knew he had to keep moving. He couldn't risk being found. Despite this, his aching legs finally got the best of him and he sat against a tree, sweat pouring from his body. Eventually, his eyelids started to drift shut and he found himself slowly falling into a rather restless sleep, plagued with nightmares.

Arizona had to admit that exploring the forest near her home village so late at night probably wasn't the best idea. She knew that she was probably going to get an earful from her friends and siblings if they ever found out, though she figured that what they didn't know wouldn't hurt them if she came out of the forest unscathed. Besides, exploring was a great way for her to be able to clear her mind, which had grown quite restless, interfering with her trying to sleep lately. Letting out a small yawn and tiredly rubbing her eyes, she had continued a bit deeper into the forest than she normally went, the quiet atmosphere slowly starting to lull her to sleep. However, she still kept in mind to stay alert for any signs of danger.

She had been exploring for nearly half an hour and was just about to turn back when she had spotted movement from the corner of her eye. Quickly, she turned towards the source, to see a human-like shape slumped against a tree. Pure curiosity driving her, she approached the shape to discover that it was a person; a man by the looks of it. He had a rather distressed look on his face. Frowning slightly, Arizona gently shook him. "Hey... you alright...?"

Hunter jolted awake and let out a strangled cry when he was met with the sight of someone right in front of him. Panicking, he struck out, causing whoever was in front of him to let out a surprised and pained yelp as they fell backwards onto their rear. After a few moments, Hunter had calmed down enough to see who exactly he had struck out at; a woman with auburn hair and strangely colored eyes. Eyes that seemed to bore into his very own as she glared at him.

"Did you really have to push me? I was only trying to help wake you up from whatever you were dreaming about!" the woman muttered in a disgruntled tone, standing and brushing herself off.

"It's fine... I guess I should've just waited before waking you up. I just didn't want you hurting yourself if you ended up moving around." the woman sighed. "Anyways, what are you even doing sleeping out here? You trying to get yourself mauled by a wild animal or something?"

Hunter immediately shook his head. "N-no... I was just... um... exploring and I guess everything was just so peaceful... that um... I fell asleep." he murmured softly, hoping the woman would believe the story he just made up. Surprisingly, the woman's eyes seemed to sparkle with excitement in response to what he said.

"No way! You like exploring too? I thought I was the only one!" she spoke, a wide grin on her face, though that grin was soon replaced with a slightly skeptical look as she spoke again. "Wait a minute, why are you out here so late? Don't you know how dangerous this forest could be?"

"I could ask you the same thing seeing as how you're out here too." Hunter responded in an oddly defensive tone. Oddly enough, this caused the woman to let out a small laugh.

"Alright, you got me there. Fine, I'll let you keep your secrets as long as you let me keep mine." she retorted with a teasing smile. "Anyways, I should probably head home soon. You probably should too, seeing as how you already fell asleep."

"Um... about that... I'm kind of just... wandering around and am pretty far from home at the moment... are there any inns I could stay at that are nearby?"

"Damn... and I don't really have anywhere else to go..." Hunter sighed.

"Well, if you want, you could stay with me. I've got a spare bedroom for guests that you could use. I don't mind, as long as you don't try anything."

"Oh, um...that does sound really nice, but I'd hate to impose... I'm sure I can figure something out. If worst comes to worst, I can just camp out here for a while."

The woman let out another laugh. "You won't be imposing at all. It'd be nice to have some new company around. I'm not just gonna leave someone out here when I've got a perfectly good guest bedroom set up exactly for this purpose. Though, if you insist, I'll just leave and let you figure out what you want to do."

Hunter thought for a few moments before speaking up. "W-well... I guess sleeping in a warm bed would be better than having to brave the elements in a sleeping bag and tent."

Another wide grin had crossed the woman's face. "Great! I'll show you to the room once we get to my place, then! It's a bit of a mess, but you should be alright in there." she responded, offering Hunter a hand to help him up from where he was sitting. Hunter tentatively took it and pulled himself up, shifting his weight from foot to foot in an awkward manner. He silently nodded in response to what the woman had said.

Suddenly, a realization had seemed to hit the woman. "Ah, I'm such an idiot! I'm letting you stay over at my place and I haven't even introduced myself! Arizona Dent, self proclaimed explorer at your service!" she said, holding out a hand to shake.

Hunter couldn't help but crack a small smile as he shook hands with the woman. "Hunter Gabry, wandering explorer. Nice to meet you, Miss Dent."

"Nice to meet you as well, Mister Gabry. Now, shall we head off so I can show you to where you'll be staying?" A playful smile tugged at Arizona's lips as she spoke before beginning to head off towards wherever her home was. Hunter followed after, wondering what exactly he had gotten himself into and how trusting this woman could be. After all, not everyone would find someone in a forest late at night and invite them over to their house.

After a while, the two had reached Arizona's house. It really wasn't much to look at; just a simple, one story structure with all the basic rooms. However, it did seem to have Arizona's personal touch to it. Books were scattered throughout the place, one being opened to a map of Krita, the country the two were living in. Though, the guest room didn't have any books scattered within. However, there was a small bookshelf within it.

"Well, here we are! Feel free to make yourself at home. There's some food in the fridge if you're hungry and the bathroom's just down the hall. Now, if you'll excuse me, I'm going to get some sleep." Arizona spoke, heading off to her own room. Hunter nodded in response to what she said and decided he needed to get some rest too.

He waited for Arizona to leave the room before shutting and locking the door. From there, he removed his cloak, revealing his bright red hair and similarly colored wolf-like ears and tail among the clothes he wore. Letting out a small yawn, he climbed into bed and almost immediately fell asleep. For what seemed like the first time, he slept peacefully, feeling oddly secure in this place.

The next morning, Hunter woke to the sound of Arizona knocking on the door. "C'mon, sleepyhead! The early bird gets the worm!" she called out, her voice being muffled slightly. Hunter groggily sat up, rubbing the sleep out of his eyes, before getting out of bed and putting the cloak back on, making sure his ears and tail were covered. Afterwards, he opened the door to be greeted with the sight of a brightly smiling Arizona.

"Morning! I made-- oh please don't tell me you slept in those clothes..." she sighed.

"Oh, I uh... I kind of lost what I had packed for this exploration..." Hunter responded, tripping over his words while trying to think up a good excuse.

Arizona scrutinized him for a few moments before simply walking into the room and rummaging through one of the draws for a little bit before finding what she had been looking for. "These should fit you. My older brother left them behind a while ago and you two seem to be around the same size." she said with a smile, handing Hunter some old, worn clothes.

"Oh, uh... thanks." Hunter responded in a confused tone, tentatively taking the clothes from her.

"No problem! Now, hurry up and get changed! I made eggs and bacon for breakfast and I'd rather it not get cold before it's eaten!" Arizona responded before heading off towards the kitchen. Hunter nodded and was quick to do as instructed, though in his haste to get ready, he had forgotten to hide his ears and tail. As he reemerged from the room, Arizona had come back out of the kitchen.

"Hey, Hunter, do you want--" she cut herself off, her eyes widening as she dropped the glass she had in her hand. 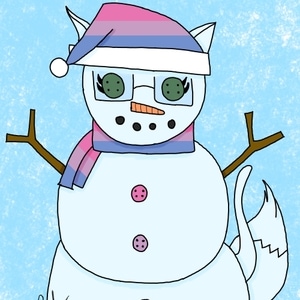 *phew* Finally managed to finish the reboot of the first chapter! I'm gonna try to get out at least one chapter a week!

Anyways, welcome to the new and improved (hopefully) The Explorer and the Shifter! (Yes, I know, the cover for this is a bit terrible, but I haven't had time to draw one myself and I couldn't really find one that'd match perfectly, so I had to improvise)

Anyways, this series has been one in the makings for a looooong time and I finally managed to get off my butt and get it restarted! I hope y'all will enjoy the ride!

Now, if you don't mind, I'm just gonna go pass out... yeah, it's nearly 2 am here, so I've been up wayyyyy longer than usual trying to complete this. 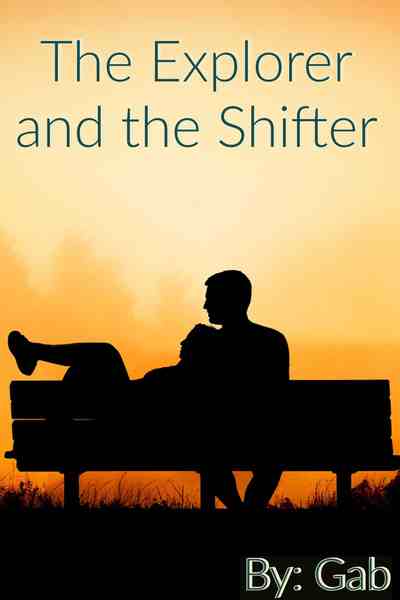 The Explorer and the Shifter

((Cover was made with Adobe Spark: https://spark.adobe.com/ ))

This is a story of war, love, and an unlikely friendship. The country of Krita is a brutal and prejudiced land, full of hatred towards non-humans and women. Within this country, what happens when a young red wolf shifter meets a young human woman seemingly by chance? Why, an adventure of course! Join Arizona and Hunter as they journey around Krita to find a way to stop the civil war along with a few friends!

Updates will come whenever I have the chance to make them.
Subscribe 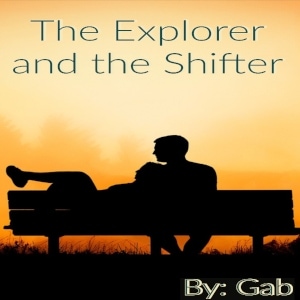