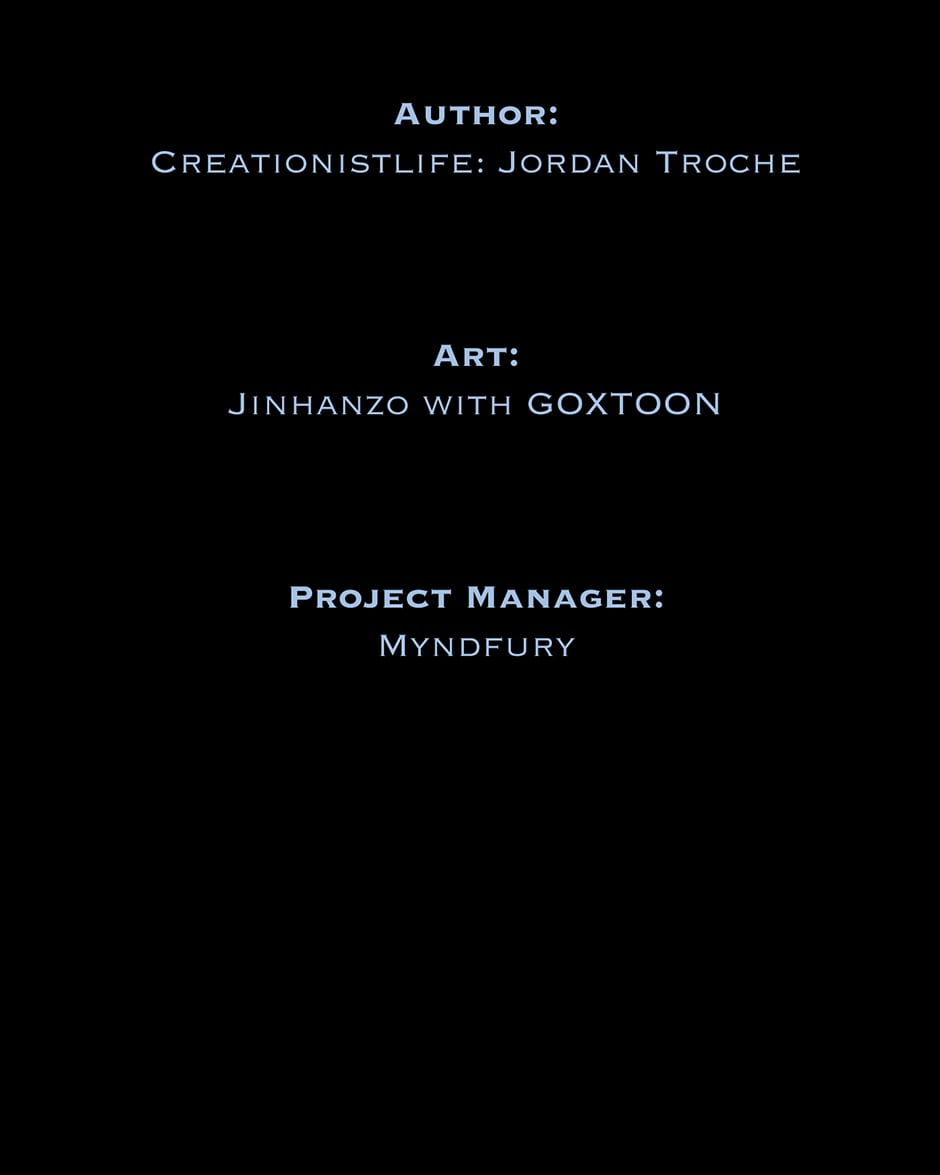 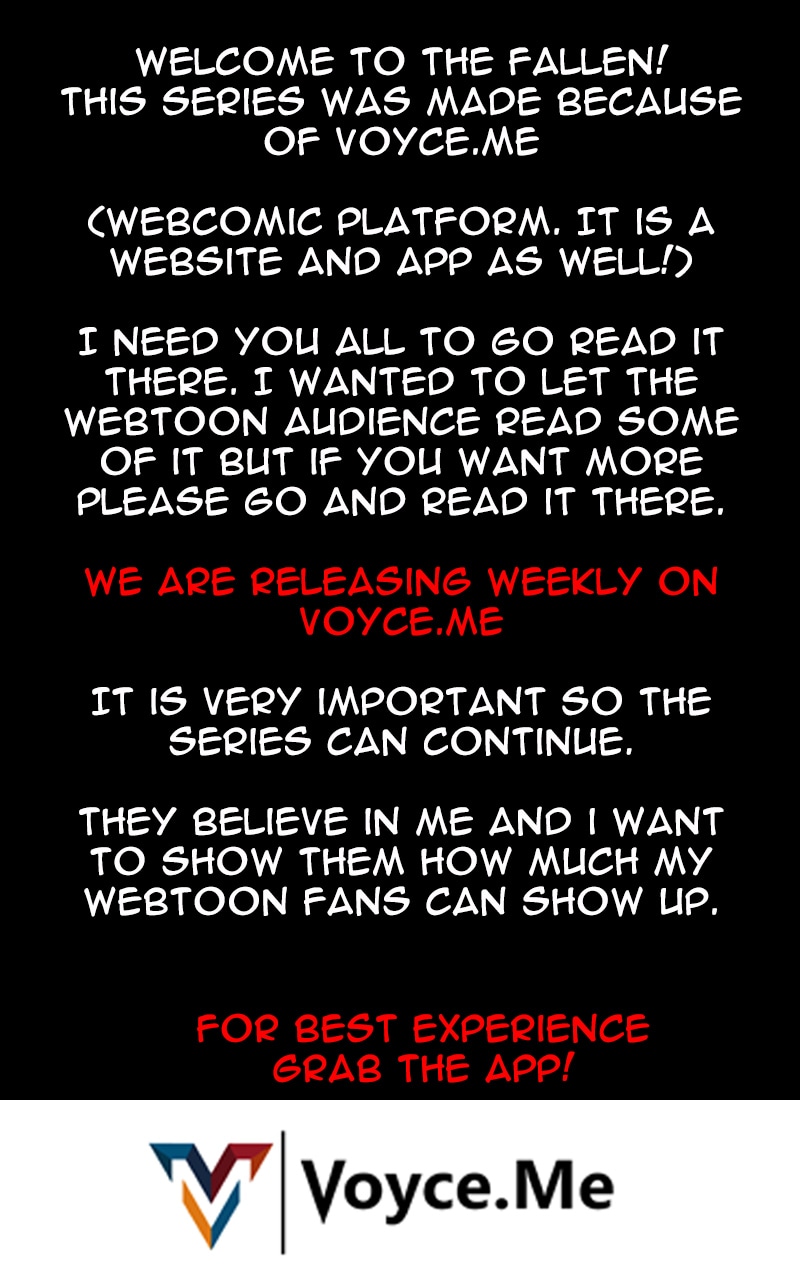 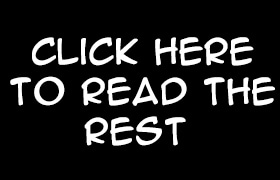 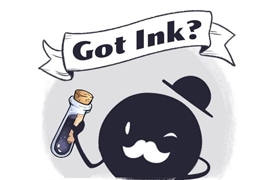 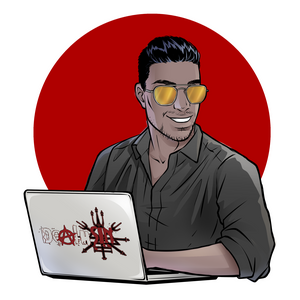 Welcome to The Fallen! This series was made because of Voyce.me (Webcomic Platform. It is a website. App as well.)

I need you all to go read it there. I wanted to let the Tapas audience read some of it but if you want more please go and read it there. We are releasing weekly on Voyce.me and the rest of the episode is on THERE! (website and app!) 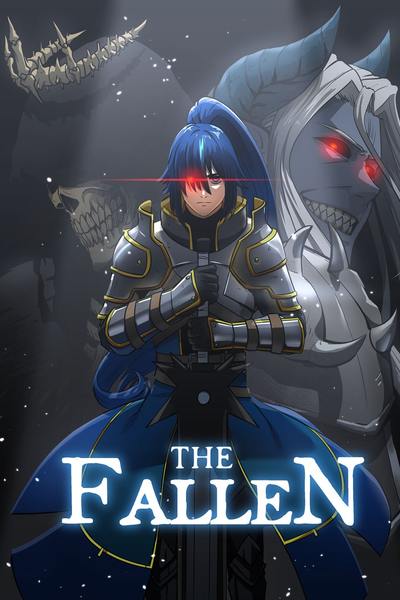 A boy watches his mother die at the hands of his own father. The Fallen Angel King, Azazel. Filled with rage his angelic power that lies dormant in his blood awakens. A dark cloud of death begins to crawl across the world as Azazel begins his genocidal war against humanity. The boy trains with a mentor to learn how to hunt the monsters that lurk in the dark. Can he harness his dark power in hopes of doing some good with it and free the world from his father's grasp? 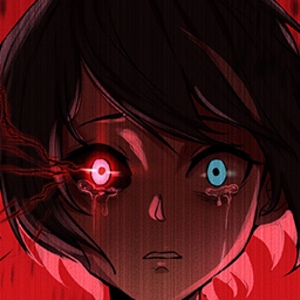