Chapter 1 A New Day
"Could you tell me the story again, Grandpa?" Even if my grandfather repeated the stories he told me, they were always interesting.
"Which one do you mean, little Osbert?" The voice behind me was soft and tired, but I could sense the calm in his words. My grandfather reached out his hand to stroke my head.
"Tell me the one about the wolf you found in the war!" Unable to contain my excitement, I stood up to look at my grandfather.
"Sure, he's your favorite, isn't he?
"Of course he is!" my voice echoed through my hands as I shouted.
"Ugh... " my eyes widened after I felt a twinge of pain in my back.
"Osbert Wolfric! Wake up or mom won't save your breakfast." My eyes darted to the source of the voice to see my attacker, it was an intense voice but it's also one I was already used to.
As I removed my face completely from the pillow, I could see more clearly my sister, Everild, or as she was known in the village, [The Boar Reaper]. Despite having such a crude nickname, her appearance was that of a young woman that any man would desire, thanks to her face and green eyes with dark hair.
Meeting her gaze I said apathetically, "Coming, coming, what's on the menu today?"
"Wild boar stew." Her gaze strayed from me for a few moments to his pockets and he tossed a small bag to me.

"I already told you I don't collect bones." I tossed the bag back to Eve knowing what it contained.

"Then why do you always have that on you?" She pointed to my wrist on which was an intertwined thread and in the center of it, a tusk, a reminder of my grandfather's
"You know Grandpa left it."
"Yes, of course..." before she finished her sentence, she turned to the hallway and said before walking to the kitchen. "You know you're the only one in the village who thinks Grandpa was okay."
"Ah..." I sighed as I hit my face with the pillow. After getting dressed I headed to the kitchen so I could eat. I had put on a green shirt with a leather vest, and also my grandfather's knight's boots, one more thing he had left behind before he passed away.
'Don't worry grandpa, I know you weren't crazy.' I said in my thoughts as I adjusted the rope in my hand.
As I walked into the kitchen, I was overcome by an aroma of meat with honey and cinnamon, rare ingredients that my family didn't use every time.

"Was it a good hunt today?" I asked my sister who had a mouth full of food as I sat on the other side of the table.
"Biggest of the season Oz, you should learn more from your sister." My father said with pride in his voice, in his hand he held the skin that I assumed was from the boar we were eating.

"Learn what? Table manners?" not paying attention I questioned my father knowing my sister had meat juice dripping from her mouth.

"You know what your father means son, you should start working instead of playing with a wooden sword." My mother was serving more food to my sister, when she remarked on my father's intention.

With food still on the spoon I lifted my gaze to the window, "Yeah, I might go help Uncle Miles."

"Oz, you know my brother can't have the best mentality, you still want to work with him?" My father put his tools down on the table and started eating as well.
"Would there be a problem if I did?"
"...Not much, but I want you to be careful, and it better not have anything to do with your grandfather."
"I know, and you know I have my own ideas."

'Gulp' "Does your head have a brain?"

"Eve! Don't talk like that, especially not with food in your mouth." My mother in her attempt to calm the situation, caused my sister to bite her tongue trying to respond.

"Even if my sister seems to have lost half a brain, yes, I have one Eve."

"Hmph! I'm going to hunt for dinner, if you'll excuse me." Without wasting a second, she got up and went for her bow and hunting knives so she could go into the forest behind the village.

I finished breakfast and discussed a couple more things with my parents, essentially about what I was going to start doing with my life. After a while, I headed outside and followed the road to the center of the village, without stopping at the market or to greet the neighbors, I went straight to the farthest building from everything, looking like a tower and with black smoke coming out of the top.
At the bottom of the massive structure were a pair of metal doors, as if preparing to avoid something, without thinking twice.

"Uncle! Wake up, it's already the middle of the day!" I kicked the door with all my might regardless of the uproar.

Moments later, I heard banging and metal clanging on the floor, including in the uproar some screams of pain. Such was the atmosphere at the pride of the village, Miles Wolfric's armory and blacksmith shop.

I waited a while for the noises to subside, entered through the unlocked door and found on the floor a thin man with dark hair and torn clothes with red on his hands. 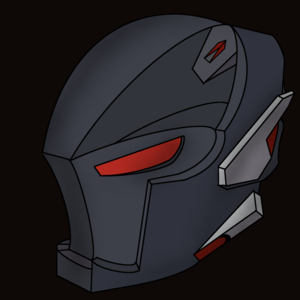 The beginning of a new adventure that awaits Osbert is a mystery.

Thanks for reading, Svart Ridder. 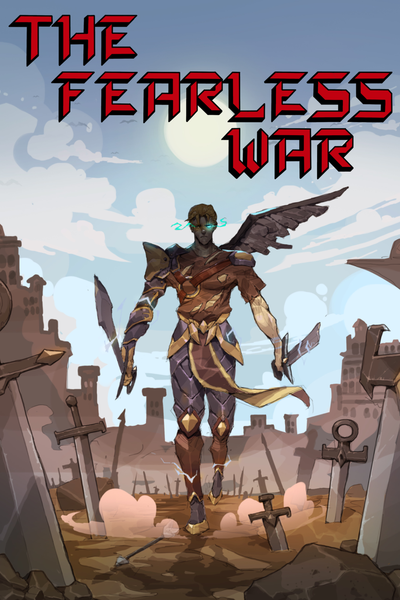 A war broke out in the kingdom of Enhydros years ago, initiating a disaster that lasted for years. Osbert's grandfather, Wymond Wolfric was a young man at the time, after returning from the war and going back to his family, it seemed that everything was going well for the kingdom. But he acted differently than he was remembered, despite that, Osbert did not turn away from his grandfather even though he was branded as crazy, on the day of his death he left his grandson a notebook with the stories he always told him, and a warning, "The war should not have ended like this, it was too easy Oz, something is going to happen, you must prepare yourself and be careful."
After years have passed, Osbert prepares to find out the truth behind his grandfather's last words, with the help of his eccentric uncle, and the stories he inherited, he will seek to make his way as a knight, in order to defend his family and himself. The path that destiny has in store for him is not an easy one, but if he wants to move forward, he will have to endure risks and situations like he has never experienced before. 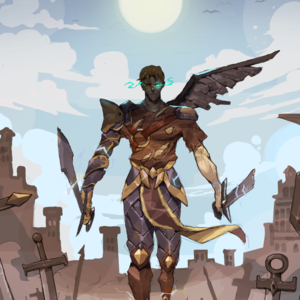