The God of Love

Have you ever heard about the ‘god of love’? People say he can know who your other half is just by looking into your eyes. To be honest, when I was a kid, I didn't believe in this legend at all, and that’s why when that man appeared in front of me, saying he knew who my destined one was, I felt the necessity to show him that all that was simply stupid and that he was wrong.

I challenged him to lead me to where that person was, and he took me to a park near to the mountain. There was a little girl playing in the mud and I, without thinking, took a rock and threw it at her, hitting her on the face. I know what I did was wrong, but I was just a silly kid trying to show that big guy, who called himself a god, that I didn't care what he said. I wanted to decide my own destiny.

Some years passed and I never saw him again. I met a girl in college and fell madly in love with her. She’s a woman with beautiful eyes and a childish face accentuated by the bangs that always cover her forehead. To tell you the truth, I never thought again about what happened in the park that time until, one day, it began to rain when my lover and I were on our way home. Since we didn't have an umbrella we started running, and while we did so I looked at her, suddenly noticing a long scar on her forehead. Later on, I asked her about it, really curious and with my heart racing for some strange reason. She told me that, when she was little, a naughty boy threw a rock at her out of nowhere. Actually, it wasn't a big injury, but she could never get rid of the scar.

At that moment, I finally realized that what that man said to me was true; we're all connected to each other and we all have someone we're meant to be with, no matter the time and no matter the distance. Now I know how lucky I am to have her by my side and I’m sure I'll never be able to thank him enough for teaching me that. 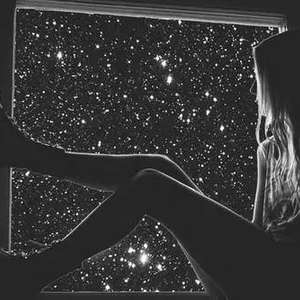 I wrote this story last year for a college assignment and, as I mentioned before, it’s inspired by the legend of the red threat of destiny.

English is not my mother language, so maybe my narrative doesn't sound natural or is way too simple. However, I’m trying to improve day by day and writing shorts stories helps me to practice.

In case you wondered, this story is this short
only because I had a limited number of words xD Even so, I hope you enjoyed it. If I have any mistake, please let me know
Thanks for reading! 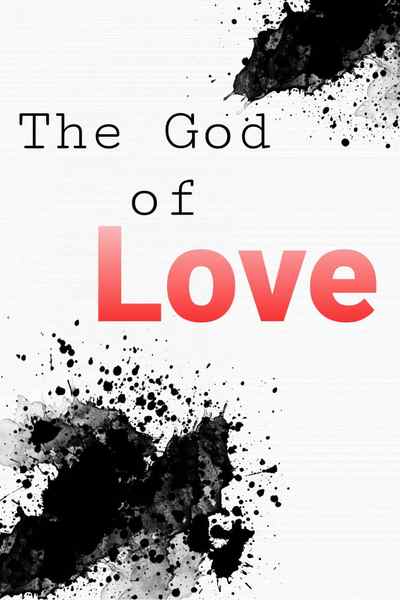 The God of Love

Extremely short story inspired by the legend of the red thread of destiny. I hope you like it! 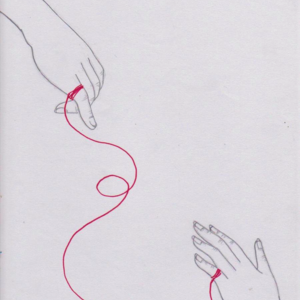