Adrenaline coursing, anxiety drifting away, just a group of minds full of determination. Only one thought came to mind ' Run hard, fast. Frozen in place, eyes locked on the distance, the gun fired and the running started.

Selena took off sprinting as did everyone around her, all trying to get to the front of the pack and not end up a straggler.

She pulled into the front, leading by only a few steps.

"Okay Selena, you can make it", she thought to herself.

After passing the line she slowed to a stop breathing hard, but smiling wide seeing the flag drop.

Elizabeth walked over smiling pleased, " That was a nice run, Ivory."

"Well Liz, you did almost catch me"

“I think Casey would throw a fit if I had beat her by a large lead."

" Casey? She'd never do anything herself; I swear it’s like she’s the queen of the goody-goodies, yet secretly hates on all of us when she is alone."

They were still walking together when Selena was clobbered in a running hug from her best friend Nicki.

Nicki was shortly followed by a posse of people.

One of the girls was mid-sentence when the posse caught up to Selena, " ... the party is at eleven, but that’s just because no one will show until midnight anyway."

"Um, what party when, why?" Selena questioned.

Nicki gave Selena a knowing look telling her Nicki had already planned it all out, " If you don't want to go, I'll come over to your place.”, her voice an offering tone.

" No that’s okay you should go, " Selena tried to decline the invitation, but knew Nicki wasn’t going to let the subject drop, " I'll find something to do."

Nicki shook her head, " but I was thinking about the party as sort of a celebration of you winning. Think about it and we will talk later.”

Knowing she was fighting a losing battle Selena looked away from her friends. A bunch of people had started laughing in the parking lot and when Selena followed their gazes she saw her little brother Derek dancing in front of their mom’s car and yelling something she couldn’t make out.

Her shoulders tightened and her expression became grim, but Derek didn't notice and keep dancing.

"Stupid, Stupid Derek.", Selena muttered then she turned to her friends and said, "well I'm going to take a lucky guess and say I have to go home. I'll message you all later and Nicki I'll get back to you about that party. See ya later."

Selena gave Nicki a quick hug and they parted ways.

Once in shouting distance of her brother, Selena shouted, " Hey Tike Knock It Off!"

Derek looked startled when he saw her storming towards him and quickly jumped in the back seat locking his door behind him.

Getting into the passenger side front seat of the car Selena told him, " I'm not going to hurt you Derek, but if you ever do some shit like that, they won't even find your body kid."

" Now now, he just did it to get your attention calm down”, her mother chided, “and stop making death threats towards your brother.”

Selena’s mother ignored her angry silence and asked, "So, did you win?"

" Yep, I did, and Liz came in third, there is a party tonight to celebrate. Can I go?"

" You know the drill; I need more information before I let you go."

“Nicki asked me to go with her, she said it’s down the street from us. Since Derek is going to his friends for a sleepover tonight, Nicki would probably end up sleeping over at our place."

Selena’s mom pulled into the driveway and parked then turned to her, " Nicki is going?"

" Yes of course, if she wasn't I wouldn't bother going. I still don't know if I will, but I figured I may as well ask."

My mother let Derek into the house and then looked at me while faking in contemplation. She said, " You can go. Chris' mom will pick Derek up soon for the night. Be safe, I'll get back tomorrow, " then she yelled, " Love You Derek", through the open door. Selena’s mom had to leave to work her night shift as a nurse. As her mom pulled back out of the driveway Selena headed inside.

Selena kicked off her shoes in the small entryway before heading into the kitchen. She just barely had time to grab a snack and sit down before the doorbell rang and there was the sound of tiny feet pounding down the stairs and Derek was out the door.

" Bye Derek, have a nice night", Selena sarcastically muttered before checking her phone.

Nicki had already messaged her.

Sel I know you don't want to go, but come anyway? For me?

Selena texted her back, amused that Nicki was so devoted to getting her to go to this party.

Only for you, I’m not going for anyone else.

Deciding on some jeans and a simple tee, Selena took her time on her makeup. She clasped on a chain-like necklace with an emerald-colored stone pendant that her father had given her.

So, I am leaving now, if you are not there I will;

2) Never go to another party with you

3) Not go for milkshakes after class on Monday ever again

Selena went around the house double-checking that the windows and doors were locked doors and turned all the lights off except the outdoor porch lights.

Grabbing her house key, she tossed her shoes on then stepped into the garage and locked the door behind her. 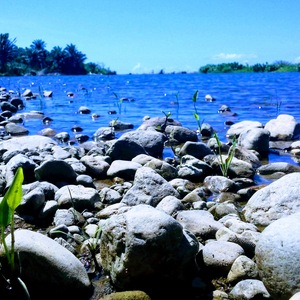 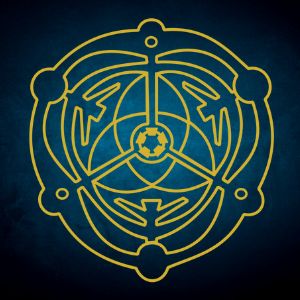 Interesting start, I'm keen to see where this is going. 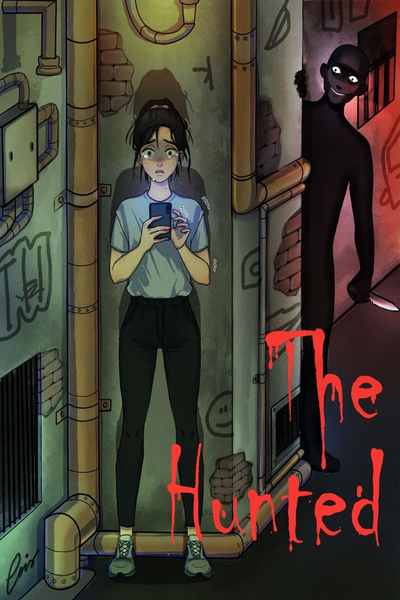 A teen girl goes from running track to running for her life. After getting a bizarre message, Selena’s life starts to unravel as people she has never seen before are suddenly trying to kill her. What the hell is going on? Has this all happened before? And who is behind it all? Find out in The Hunted. 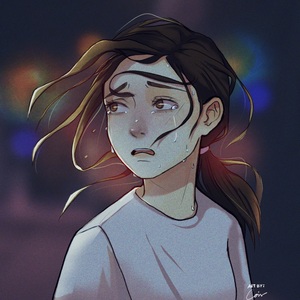