The Journal Of The End

(So... I don't really know what I'm doing here to be honest. I was told that writing my thoughts and feelings down would be a great idea to get myself to a better mindset or some shit like that. I honestly don't know if this will work but, I'll give it a go. Oh, yeah, I forgot the basics, I guess. My name is Isaak Azarov, I'm seventeen, half russian and I have some shitty traumas)

"Azarov! Are you even paying attention?" Isaak cringed at his teacher's loud voice mispronouncing his last name and raised his head from his brand new notebook. He mumbled an apology as he closed his diary and put it back in his bag, yet he couldn't bring himself to pay attention. His mind was wandering around his old memories, those that he mentioned in the first entry of his journal.

For starters, Isaak recalled the way his mom proposed to leave their country back when he was eleven. It was their only change to be free as Russia planned to close the frontiers to prevent any kind of exterior menace in the future. The government forbade the international movements and any contact with the rest of the world; drastic measures for a "common good". Isaak remembered his mother's words perfectly "These rough times have made them lose their sanity". That sentence made him feel hope, because he believed that the place they traveled to would be welcoming and warm. He was proved wrong once he met his new teachers, classmates, neighbours...His provenance wasn't well seen after what his country pulled off, and it was a prejudice that didn't fade with time.

"Does anyone know something about the coronavirus?" That was it, the reason for Isaak's problems, just being asked as a trivial question. There were whispers, not truly about the pandemic, more like mocking words towards the russian boy. Isaak raised his eyebrows, it wasn't like he was the only one that was around when the pandemic hit, but everyone seemed to find his situation thrilling. Apart from his eyebrows the rest of his face was neutral, he didn't win anything from showing his annoyance.

"There was a recent discovery of a similar virus that has been developing itself in a natural way, without any scientists getting involved. I think it could be interesting if you guys could investigate this phenomenon" The teacher spoke after seeing no one was up to answer his question properly "The project will be handed in next week, make it 1.000 words long and add the websites where you found the information at the end of it."

( Really? A fucking new virus? What is this? Last time, 6 years ago, the world went crazy because of Covid-19. The Russian and Chinese governments closed their countries down to prevent any intoxication from the rest of the world. What will be next, an apocalypse? This makes my anxiety go batshit.)

" Isaak, ty dolzhen sdelat' domashneye zadaniye i prekratit' pisat' " Isaak's mother demanded, in their mother language, for him to do his homework instead of writing in his journal. No matter how little energy he had left, he grabbed his laptop and started searching about that "Covid-26" that his teacher had introduced to him. It didn't really say a lot, nothing more than the weirdly quick mutation that was suffering the virus in a natural environment and how it hadn't affected any living animal yet, only plants which was uncommon. Isaak didn't know that there were any viruses that could get attached to plants, don't you need to have blood and all to get sick? He thought; but it seemed like it did affect vegetation and it made the plants look dead, but they still worked and made the photosynthesis the same way. Isaak typed down some of the information that he gathered and collected some simple pictures to illustrate his work. As it was a new-found mutation there wasn't much to write and I decided to wait a few more days for more news to come out. Even thought I silently hoped that there wouldn't be anything else.

“Mama, what do we have for dinner?” Isaak yelled from upstairs once he had finished all his work. It took a bit of ruffling and clinking before he got an answer from his mother “Your favorite, sushi!” At least his day could end up better than it had started.

He smiled at the thought of food and stumbled down the stairs to help set the table, otherwise she wouldn't feed him, she did have a temper. But dinner was usually the only moment that Isaak got to talk to his mom as both of them were busy most of the time, him with school and her with her own boutique. It had outstanding clothes, most of them vintage or some edgy things that Isaak proposed her to purchase. It was the most busy clothes shop in their city. It wasn't really surprising knowing that they lived in a small place with only two other places to buy your clothes at. Isaak was even used to seeing really weird and extravagant people at the shop, who usually left the place empty handed.

“How was school? Any cute devushka?” Isaak sighed and looked up at his mom while they cleaned up. ‘Devushka’, ‘girl’...He wasn’t good at talking with people, let alone trying to date anyone. Isaak didn't care that much anymore, he never had a crush on anyone so his little social experience wasn’t all that bad if he looked at it that way.

( I've been investigating about this stupid virus for more time than I thought I would. I got caught up by the discreet panic that the scientists were showing through small statements that indicated two possibilities. Either they don't have any ideas of what this virus can do, or they do know damn well but they are scared of it. I'd love to believe that they are clueless about the situation, but something tells me it's not the actual reason why they are looking so desperate to keep all the information for themselves.)

Isaak was writing down everything that he found interesting about Covid-26, it wasn't even for the project anymore. He was becoming worried about how the situation was being handled. Because even after five hours of doing research the boy only got a list about what this mutant virus did now that it had passed to some humans. The list started with a very common symptom, fever. It was a really high fever that caused a big amount of sweating along with difficulties to breath. It seemed to cause some kind of hallucination to the people that got the virus, there was no further explanation of those. Apart from that there weren't anymore symptoms that they had discovered, and if they did they didn't want to share.

"What is this? TEOTW_Virus.com?"He read out loud when his eyes fell on the weird title. It wasn't an official website, which called his attention. There wasn't any page that talked about the virus if it didn't have trustworthy fonts, which Isaak believed couldn't be this weird site. Yet he was curious to check what it knew. His fingers moved over his laptop and clicked the name of the web site. An all black themed website appeared with the title of "Is this the end?" in yellow capital letters. He frowned and started reading more of the rare article that appeared before my eyes.

The creator of that blog stated that he was a scientist that worked at the sanity center of Washington. He talked about how the newfound mutation of the Covid-19 was way more dangerous than what they were telling us. The man believed the virus had affected some kind of parasite and the mix of both had developed into a potentially dangerous symbiote.

He rolled his eyes at the screen of his laptop. It was probably just a kid that wanted to live in a movie and was making up stories. What left him thinking was that it was actually signed as a man named "Cole Douglas .", a name that he had heard somewhere before maybe in the news years ago. The uneasy feeling that he got upon reading that name drove him to search more about this man. In fact, he was a scientist and he had disappeared five years ago when he was investigating illness mutations. Reading this didn’t help ease his nerves. "Come on, Isaak. You can't believe this shit" I said to myself and I hoped that I was right when I said it was just a kid...Because if it wasn't, we would find ourselves in the apocalypse. The zombie apocalypse. 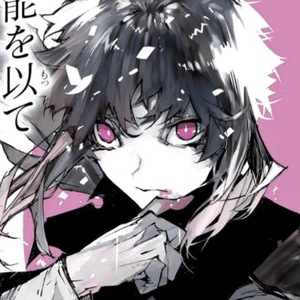 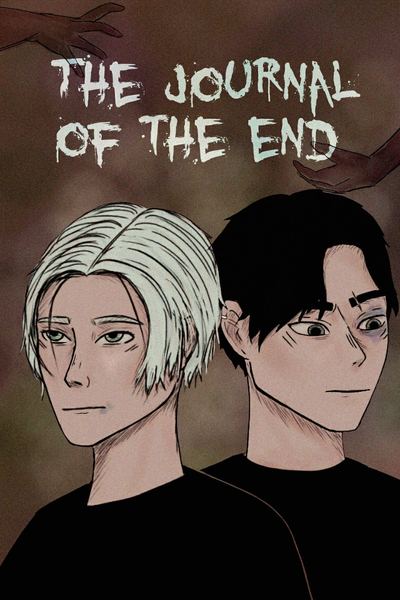 The Journal Of The End

Isaak had run away from the consequences of a pandemic once before, searching for a better life and a new chance. But he wasn't expecting to face a new threat years later, much worse and lethal than the previous one. He'll find himself in the middle of a zombie apocalypse, only with a notebook in his hands. That's when he'll find Duncan, along with a change of safety.
Subscribe 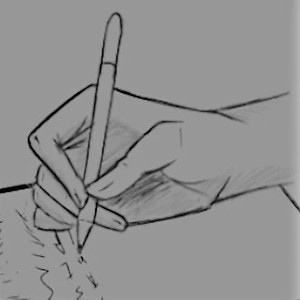