Before we get started on all the mysteries of a New-Man's body, let's get acquainted with Spxtro's history that led to the rise of modern humans as we now know as New-Man.

Introduction to the History of Early New-Man

New-Man is the evolution of Human on Spxtro. Due to the sub-zero environment, many humans perish every year from the harsh climate. It wasn't until the Ten Great Minds gathered to experiment on increasing humans' ability to withstand the harsh living conditions and formulated a serum that altered our genetic. The first successfully genetically altered humans were called New-Man.

The first generation New-Man had the ability to digest plants and animals for sustenance. However, the climate on Spxtro made survival difficult for other species and the Ten Great Minds made a second genetic alteration, allowing New-Man to accept Plantiumite for sustenance, creating the second generation of New-Man.

Plantiumite is an energy source most commonly found in the upper atmosphere and explodes when exposed to a certain level of heat.

What is Plantiumite used for?

Raw Plantiumite can be extracted from the atmosphere and be refined into solid, liquid or gaseous state in Plantiumite Plants for consumption. It is most commonly consumed in the liquid state in forms of tea or champagne. Gaseous Plantiumite is injected and solid Plantiumite made into pills. The concentration of Plantiumite is directly proportional to the energy it provides.

Fun fact: Most Plantiumite were stored inside iceberg islands before the Great Explosion to prevent explosions.

What is the Great Explosion?

In year 824 B.G.E. (Before Great Explosion) second generation New-Man lived on iceberg islands in communities. As various tribes and races strived to prove their superiority in technological advancements, sabotaging was common. An unknown terrorist group known as Black Blood sabotaged the Plantiumite storage on Stelecia City, the biggest iceberg on Luna belonging to the Stelen tribe.

The Plantiumite storage exploded and killed many from the Stelen tribe immediately. As the iceberg cracked, Stelecia's Central Energy Control Tower was affected. A sudden power surge occurred during the tremors as generators were destroyed affecting the Delegation Crystal. The Delegation Crystal* created an Electromagnetic (EM) Wave Explosion on maximum output causing all technology devices to die including those in nearby iceberg islands.

Where are the survivors of the Great Explosion?

After the icebergs were destroyed, the survivors of various tribes gathered on the stone island – Luna. The survivors put their knowledge and built a city. To avoid the Plantiumite incident, Pantiumite was introduced.

History of Luna and Pantiumite

Luna is the island where all survivors of the Great Explosion gathered. Due to limited resources and a rapidly growing population, the elected Parliament* separated the island in half. The northern half was the Inner City where talented individuals who could contribute to rebuilding Luna lived. The Southern half was later dubbed the Slums when the Parliament neglected to care for the less talented survivors causing the deaths of many, including children.

Outraged, a third party comprising of citizens from the Inner City and the Slums rose to boycott the Parliament's practice and proposed to take care of children born on Luna. They were later known as the Academy. The Parliament implemented a Population Limit Rule** and funded the Academy who took in all children from age five to eighteen. Academy graduates have five years to meet the Inner City Citizen Requirements*** in order to become a citizen of the Inner City.

Pantiumite is the substitute sustenance manufactured for New-Man on Luna. To prevent another incident like the Great Explosion, Plantiumite manufacturing or possession was banned. Pantiumite's energy efficiency was less than half of Plantiumite's. The refining process was more complicated as it had to be synthesised instead of gathered, making it costly to afford.

Much like Plantiumite, Pantiumite can be refined into solid, liquid or gaseous states for consumption or injection. To regulate the cost of Pantiumite, the Parliament controls its distribution and sets the price. Credits can be used to purchase Pantiumite of different concentrations.

To date, scientists are still trying to perfect the Pantiumite formula for maximum energy efficiency. According to Marsalow's Theory, Pantiumite could reach an optimum of no more than 70% energy efficiency. The higher the efficiency of Pantiumite, the more unstable it becomes. It is believed that the Ten Great Minds have perfected the formula…

Author Note: This is a promo. If you liked it, please check the book out available on kindle and Patreon! You can head to my website for more details on my other works too! 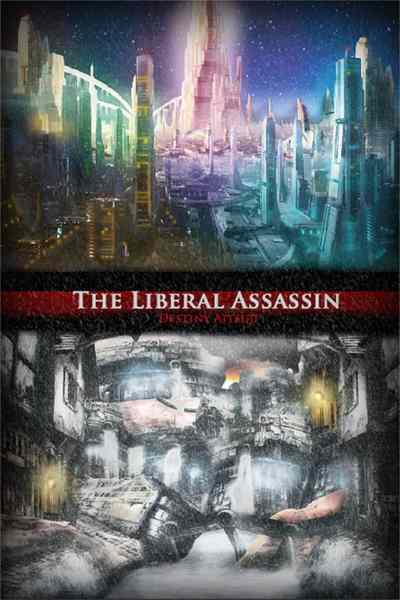 Many galaxies away on a frigid planet called Spxtro, humans are nearly extinct. It is up to the survivors of The Great Combustion to build a new society.

800 years later, under the rule of a corrupt Parliament, humanity is once again divided. The rich lived in the Inner City while the poor lived in the Slums where supplies were scarce. Out of curiosity and mischief, Titus sneaks out of the Academy and the Inner City to visit the Slums. There he met a former hitman who taught him the way of the Slums.

When Mia Elliot's body turned up in the wastelands near the Slums, Titus vows to find and punish the ones responsible for her gruesome death. Some digging revealed the Parliament's involvement and human experimentation.

Can Titus bring down the corrupted Parliament and free Luna from the system?
Subscribe 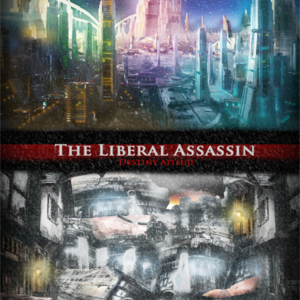