The Mouse and The Wolf

"Am I not enough?" I whispered into the darkness.

It was one of those nights when I could barely keep it together. There were five other boys in the room, sleeping soundly under their covers while I sat on my bed, curled up in my blanket and staring out the window. It was snowing. I didn't really like winter because it was always so cold in the house.

The group home. Orphanage. The place I had called my home for the past seven years.

Gecko muttered something in his sleep right above my head, and the bed squeaked when he shifted around. His real name wasn't Gecko, we just called him that. That seven-year-old boy was like a little brother to me, they all were, but sometimes I wished I had a real family.

As soon as that thought escaped my mind, my whole body trembled. I wiped away my lonely tears. Sometimes I wished I could be like Gecko. He didn't remember his family. He didn't remember why he was given away, or if his family was even alive anymore. I could still see the uncaring stare of my mother when she told me to get out of her house.

"I didn't even want you," she spoke. Her last words to me. She didn't yell, she didn't throw things, and she wasn't drunk or high on drugs that day either. She was just utterly fed up with me, closing the door quietly like I was just an inconvenient guest.

Ever since that day, those words had echoed in my mind every single night. I relived my childhood again and again, trying to understand what I did wrong. Why did my own mother abandon me like that? Like I was just a sock without a pair, I was useless to her.

I didn't even know my father. Maybe that was for the best. I didn't know if I had a family somewhere. I didn't know if they knew I existed. I had spent so many nights hoping that maybe someone would come to take me away, an aunt or an uncle or a grandmother or at least a long lost third cousin. Someone. Anyone.

But no... No one came. Seven years passed, and no one came.

There once was a time when I kept telling myself that everything was all right. I would get adopted. I would get a new family who would care for me and give me a real home. I was looking forward to it. I kept a smile on my face because I knew there would be a family for me somewhere.

"I'm not enough," I answered to myself in a whisper, burying my face on my knees, trying to stay silent so I wouldn't wake up the others.

"Oliver! Oliver! You're going to be late!"

I turned my back on the mirror, hating how I looked. I had red, puffy eyes from spending half the night crying, and it didn't help that I looked like a mouse. My ears were sticking out, I had braces because my front teeth were sticking out – not that much anymore, thankfully – my short, grayish-brown hair was sticking out in weird places, and to make things worse, I had a narrow, pointy nose. But the worst part was that I was barely five feet and three inches tall, making me the shortest boy in my class. Some of the girls were taller than me, and for some reason, that was funny to others.

My appearance had earned me a nickname, Mouse. I didn't mind if the other orphans called me that because they were just kids, and we all had nicknames, like Gecko, but at school they used a different tone when calling me that.

I snapped out of my thoughts and hurried to get my schoolbag. Then I rushed out of our shared room and went to find Mrs. Bundt, the one who kept yelling my name. She was supposed to take me to school today. I was the only one out of twenty kids that was already in high school, the rest were much younger than me.

"Finally! What took you so long? You're going to be late!" Mrs. Bundt sighed when I arrived at the entrance hall.

She gave me a stern look, and I knew she knew I had been crying again, but she didn't mention it. I guess it was normal for them to see us with red eyes.

"I was getting ready..." I muttered, and she was happy with that.

"Come on then," she said, and ushered me out of the building.

Once we were in her car, I turned to look at the group home. It was a small, yellow, two-story building with a small yard. It couldn't quite hide the fact that it was one of the government facilities, but it still looked more like a home rather than a cold institution without any personality. It was a nice place to live, taken the circumstances, and I preferred to stay there. I had been in three different foster homes, but it never really worked out. Especially in one of them...

I shivered and turned my gaze down at my lap.

"Christ..." Mrs. Bundt sighed all of a sudden, and I peered at her. "Is it Wednesday already?"

She was silent for a moment, and bit her lip, before looking at me shortly. She was around mid-thirties, but sometimes she looked much older. I couldn't blame her – I knew they were understaffed and working crazy hours to take care of us, so they were tired and cranky often. They were nice people, but I knew that at the end of the day, we were just part of their job. At least that was how I felt. If I were to be sent off to a new foster home, they would forget that I even existed.

"Is it your birthday on Friday?" Mrs. Bundt asked, and continued with a mutter, "Or was it Elton's?"

"Right! Right..." she said, and gave me a smile. "Sorry, of course it's your fifteenth birthday!"

I shrugged. It didn't make any difference. It was just a number. Some kids would get cars and all that for birthday, but I knew there was nothing like that coming my way.

"We are going to throw a little party for you," Mrs. Bundt said, and turned the car left. I could see my school looming up ahead. "I ordered a cake already! I hope... No, I definitely did!"

"Sounds great," I said, and tried to smile when she stopped the car in front of the gates. "Thanks for the ride."

"Any time, Mouse," she said, and nudged me playfully on the shoulder. "Have fun at school!"

When I closed the door, Mrs. Bundt started driving again without wasting a second. I watched her green car disappearing in the distance, before turning my attention to what was in front of me. I knew Mrs. Bundt was terribly busy, but the way she usually drove off without giving me a second look was almost discouraging.

I didn't let it do that to me, though. I was used to it by now, so I took a firmer grip of my bag and started making my way through the snowy yard to the main entrance. I still had a few minutes left before the first class would start, so I didn't need to hurry. The yard was almost empty with everyone seeking shelter from the snow. I pulled my jacket tighter around my narrow shoulders when a cold breeze hit my face.

Once I got finally inside, I started climbing up to the second floor. I had history, which was probably my favorite subject. I loved reading books, especially fantasy, so learning about history was like reading a story. A heavy story with specific dates and years and names one had to remember in order to pass the class, but a story, nonetheless.

I reached the classroom just in time when the bell rang and followed everyone inside. My seat was right in the middle of the first row, and I hated it. I didn't like having people behind me – I would've much rather sat at the back, where I could see everyone and keep an eye on my surroundings, but changing seats wasn't an option. I just had to bear it.

I sat down and grabbed my books from the bag, listening in to the conversations around me. A couple of girls were giggling right behind me, and two guys on my right were having a light wrestling match, laughing at each other's efforts to tackle down one another.

I felt a small, painful jolt of jealousy in my soul while watching them. I didn't have any friends. I was too shy to speak with anyone, and most of the time I was invisible to these people. It was better than being hurt and bullied – which happened to me occasionally – but sometimes I felt like they literally couldn't see me, even if I was right in front of them. I turned my attention to the thick book on my desk, sitting quietly in my seat. 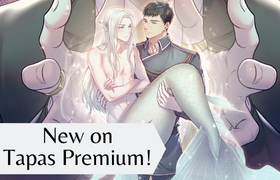 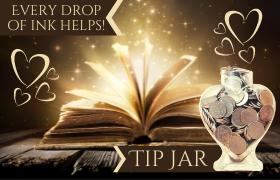 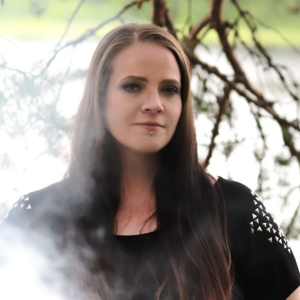 You can find the full list of all my stories and links to where to find them at https://www.dollygrand.com/novels

The stories I have published on Tapas: 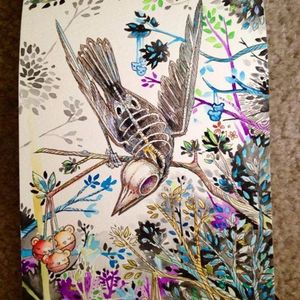 Yay! A new story! Can't wait to know more about this specific Mouse... 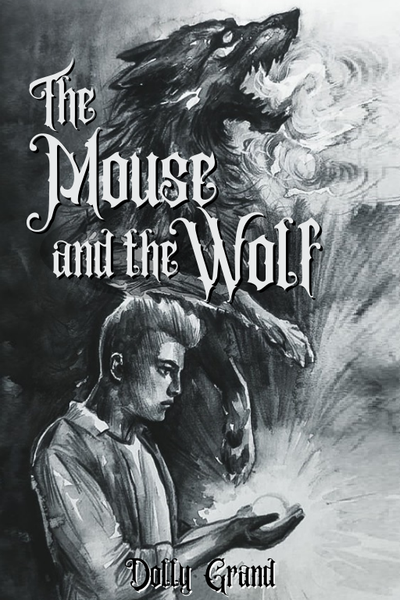 The Mouse and The Wolf

Oliver's life turns upside down when he learns that werewolves exist and one of them is his mate, but things get dangerous when he starts to learn more about himself.

He never knew his father, and he was abandoned by his mother. Without a family to take care of him, Oliver was placed in a group home, unable of being fostered after one peculiar incident with his last foster parents. A happy child with a wild imagination turned into a timid shell of the boy he once was - a mouse who no one even noticed.

On his sixteenth birthday, everything changes when he suddenly feels an odd connection with a guy he has never even spoken with. His name is Jaden, and everything about him spells trouble, but Oliver can't stop thinking about him - he is drawn to him.

It is the start of his journey. Friends and enemies are made, secrets are unfolding, and the past comes back to haunt him as he learns more about himself, his family, and the fantastic world he has stepped right into.

This is the path that was chosen for him.

This is his legacy.

You can find the full list of all my stories and links to where to find them at www.dollygrand.com/novels

The stories I have published on Tapas: 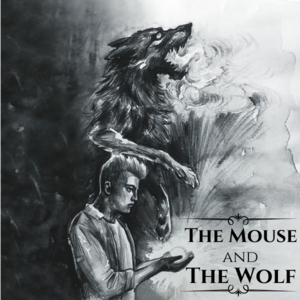