Nightfall arrives, and everything is lost within the depths of unformed thought. But a single building continues to stand and remember itself. Its lights flicker on, taking the shape of a glowing sign proclaiming The Night Theatre in thick loopy letters. The building has a rustic charm to it, and one could easily imagine it going into the newspapers as an acclaimed theatre loved by all. Yet the sidewalk is empty of movie-goers. A pair of double oak doors serves as the front entrance and exit. There are no signs or labels to ward off certain types of unwanted customers, though that would be unnecessary. The theatre only has room for those with an open mind and a welcoming heart.

There is much activity as the Night Theatre prepares for tonight's anticipated film. Ideas are thrown about, floors are being swept, and a rather large pair of invisible hands are fine-tuning the old-fashioned film projector. Fortunately, all of this is done beyond the reach of the conscious mind. There would be no point in troubling the mind with the clamour of life; The Night Theatre is a place for their guest to unwind and relax.

And relax they will, but time is a-ticking. Soon, their guest will arrive.

Are we ready? Flora inquired. The assistant tilted her head. With her pearly white curls, the gesture was reminiscent of a flower nodding in the breeze.

She watched as knobs and parts of the film projector adjusted themselves. It was still in working condition, though worn down by sixty years or so under the southern sun, life's adventures and the blind gaze of justice. A heap of celluloid tape sat on the nearby desk, waiting to be inserted.

No no, this will not do...Hands muttered. The strip of celluloid images fluttered in the air as Hands inspected it closely. He grumbled under his breath before throwing up his hands in frustration. Being invisible, to Flora, it seemed like the tape had yanked itself heavenwards.

We have nothing! Nothing to show him tonight! Is this all our dear Quinton has to look forward to? Has our time stagnated so? Never, never would I have thought we'd reach that point in time so soon...

To his assistant, Hands said desperately, There must be something we can think of.

It was hopeless, she knew, and she sighed as she turned down the hallway. Optimism was one thing, and ludicrosity was another, but Hands had made one thing clear when he opened the Night Theatre: to give Quinton a good time. But there was a decreasing number of sources for enjoyment, happiness, and laughter in Quinton's life. A comedic story would not be fitting for tonight. Nor would be a painful visit to the past, nor a look into the empty future.

She wished she knew Quinton better. If only she tried harder to be there for him, even as he kept his distance, then perhaps Flora would have known how to cheer him up. But they were all merely fragments of Quinton's life; diminutive versions of those in the real world. What would her namesake think of this? Flora wondered?

She needed to focus. Flora jotted down ideas on her clipboard. A morning sunrise. A letter from a distant relative. A lucky day with the lottery. It was a poor list of ideas.

Flora entered the memory office. All but a single typewriter clacked away halfheartedly, transcribing today's events from pictures into words. A few office clerks sat around, doing crossword puzzles or reading a book. She picked up the folder containing pictures of today's experiences.

Nothing new, Matthew said from his desk.

Where are the others?

Matthew jabbed his thumb behind him. Outside for a smoke. Not like there's much to do.

Flora pursed her lips and looked down at her clipboard. For tonight, do you--?

No, I don't, he snapped. The red-hot anger that had been stewing in Matthew's chest rose to the surface.

Eight years. Eight years I spent my life at my desk, picking apart the slightest exciting detail for you and Hands to make a movie out of. Do you know how excruciating it is? To have to read and choose what was interesting and what was not? Dissecting Quinton's, and by extension my own existence to see how little we had? All that did was confirm that I am no more alive today than yesterday, but perhaps one step closer to death. One step closer to the day this cursed theatre will close.

But Matthew had had enough of keeping his mouth shut. Even here, where he was free to be himself, in many ways Matthew was still an outsider. No one in the Night Theatre wanted to address the truth. Everyone wanted to pretend that Quinton's imagination was a fantasy land full of hope and possibilities. But God gave him a mouth and a brain, and he'd be damned if he couldn't do so much as to speak his mind.

But the words died in his throat as a small pair of hands clutched his arm.

Layla, Matthew growled. You're not allowed in the office.

The girl stared at him, hard. She didn't let go of her grasp.

I understand, she said quietly. We all do.

Matthew jerked his arm away and stormed out of the office.

I'll think of an idea, Layla offered. Count on me. She exited the office before Flora could protest. 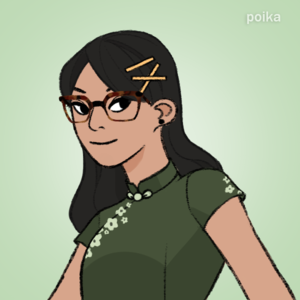 Each night, The Night Theatre lovingly crafts a film for Quinton to watch. But after 60 years of love, hurt and sorrow, what stories are left to be told? (Part 1) 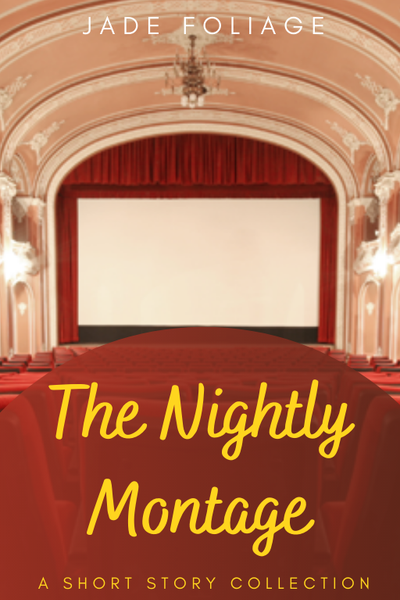 (new stories on Mon, Wed & Fri) Welcome to the Night Theatre, where one can escape the clamour of life for a night of relaxation. There are no guarantees on the quality of the film; Hands, Flora and everyone else are working on a time crunch. But do not fear! We have refreshments and a piano (though it is currently in a state of repair). You can also visit our archives for a collection of short stories ranging far and wide over the author's imagination. It is with our profound sincerity that we hope you enjoy your stay.
Subscribe 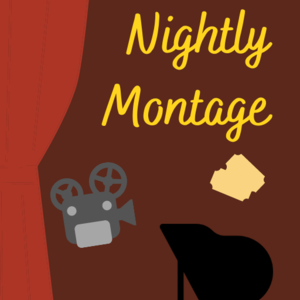