“Hey sweetie, wanna sit by me on the train?” A small obese woman called out to me.

My god here we go again. I thought to myself as the biggest fattest ugliest troll stood next to me at the train station. She was so annoying and refused to leave me alone. “No thank you.”

“Why don't you have something against trolls?” She kept talking.

“Now how do I get rid of her, I'm actually going to have to try, what a pity” I mumbled.

“My daughter wants to sit with you two, think you can make some room?” she said as the train pulled up.

“I would but I haven't had my coffee so, I don't really care.” I got on the train and purposefully sat in the back away from the fat troll and her offspring. She got on the train and sat partially next to but mostly on top of a centar. Poor guy, ehh whatever. Not my problem. Her daughter got on behind her and she was nothing like her mother.  She was beautiful, she had long pink hair, green eyes and the third eye was staring at me. I'd never seen a troll so beautiful. But, again, that's not saying that much. I however was curious how ‘normal’ men could desire something so... greasy. This was going to be a problem because this particular female monster happened to be in my class, and she was rather fond of me. Or at least that's what I was told anyways, I never paid attention, and there's the simple fact that I don't care.

I only go to school to be perceived as normal but I'm not. I'm a lot smarter than everyone else, and I don't really have to go to school. I dyed my hair to bfit in, hoping that the flirting with other beings would stop.  I hate being the center of attention. It's truly unbearable and not to mention confusing when people try to become ‘popular’. Who wants that?

Oh no,  my internal monologue is now going to be interrupted because the troll's daughter is walking towards me. Please stand by

“Hey Aaron, mind if I sit next to you? There's no seats left upfront.” I wanted to say no go away but there were people staring so I had to be polite.

“Sure, you can sit wherever you want, I just prefer if you don't speak to me I'm kind of in the middle of something, I'd also appreciate it if you didn't sit away that causes our knees or elbows to touch in any way during the train ride. That would be ideal for me if you wouldn't mind making that accommodation then please have a seat.”

Oops that was a little less polite, but she doesn't look mad so I guess all's well.

“Surenoproblemthanks.” My god, why is she so cheery it's absolutely sickening to think but some people are just cupcakes and rainbows all the time it gets so annoying, especially when they want to be social. Absolutely intolerable. Anyway I already know this is going to be a long train ride. I just hope there aren't any casualties today, that will make my commute even longer.

(30 minutes later) Well we're almost there I think it should be fine. Just then the train car in front of us gave way with a sickening crunch.

Ugh I spoke too soon. There was an angry ogre who jumped in front of the train, how convenient. Well no point in wasting my time sitting here, gotta keep up my perfect attendance. I'll walk, it’s only about 11 blocks. I guess I'm on my way to school. I could entertain myself with a little more internal monologuing.

Well if you couldn't tell by now I live in a very strange world. There's obviously humans but there are also monsters, and everything in between. It's quite interesting actually. There are trolls, horseman/centaurs, ogres, witches, giants, and some other things I didn't even bother to figure out. I am a human obviously, my life is pretty normal. However its easier to understand monsters, humans on the other hand are quite complex. I played this game during school called ‘how many answers did the person whose test was copying get wrong’. It's rather fun considering that I get them all right all the time, but I don’t want to stand out too much so I normally just copy someone else's. Being the center of attention is too much work, so I've adapted the ‘role of the loner’ as my classmates say. It's very fulfilling really all I have to do is drink my morning coffee and then I'll be fine. I’m not typically this irritable, however this morning I did not have my coffee.

Once again the monologue interrupted because I have now arrived at school. My homeroom teacher is a centaur. He's kind of annoying but I give him bonus points because he never calls on me so I appreciate that. It's nice when you have a teacher willing to neglect a student with no questions asked. I then heard one of the most confusing and strange conversations of my life. But it was between two teenage girls, so really it wasn’t that weird.

“I sat by him on the train this morning, it wasn't that bad. I still think he's kinda cute.” I recognized the voice from the train- as much as I wanted to hear teenage girls gossip- it was a million times better than trying to understand whatever sports men are into.

“Oh my god, Sarah he clearly wants nothing to do with you, I don't know why you insist on trying.” Her friend had a REALLY good point.

Oh, so her name is Sarah. I never bothered to learn her name. I will make a mental note of that for future purposes as I expect she will approach me again within the next 6 minutes.

The bell rang, and I could hear the human girl walking away and Sarahs spoke rather loudly, “I know he's not exactly a social butterfly but I still like him, I mean he's good-looking and he's really smart and he seems like a nice person if I can just get him to open up.”

My God I wish I could erase my memory. Sometimes I hear the stupidest things. That's where you're wrong Sarah, I will not open up because I don't like you! If only I had the courage to say that out loud, maybe this would all end very soon. However, I feel that my inability to speak to people will prolong this inevitable blossoming of this relationship. Some days I truly do hate walking through the halls hearing all the ridiculous and outlandish things my peers talk about.

Like for instance there is a human boy at his locker (a third year I believe). “My God I'm really hungry I wonder what time lunch is today” Things like that I can't help but think you imbecile lunch is the same time every day they don't change the time per your convenience or inconvenience it's literally 11:30. However, I keep most of those things to myself. 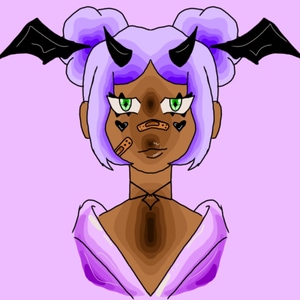 your average smarter than you antisocial butterfly teen boy story... But with a twist... monsters are in everyday thing and the humans have adapted quite well to them but our special little caterpillar are lonely Little Flower Aaron Phoenix happens to be rather dense.well he skip off into the sunset with his beloved troll or will he stay where he is. All good questions ones I don't know the answers to myself read and find out shortly after I do. ( enjoy my latest work ) :) 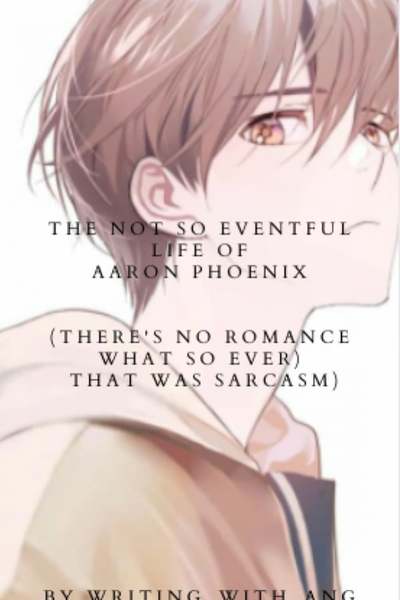 How does your life change when you live in a world where monsters are an everyday thing. Does it make it any harder if you're an oblivious teen boy who is so arrogant he cant be bothered. GASP
Subscribe 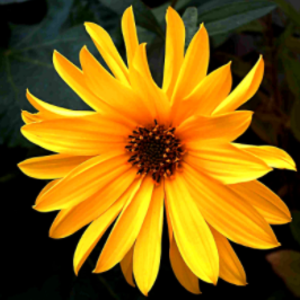