The black dog was staring at him.

Asa crouched, ten feet away, and looked back into it’s eyes, fair and blue like a frozen lake. It was a beautiful dog, everyone thought so, even though a lot of people hated it, as well.

Asa didn’t hate it. He knew it wasn’t the dog’s fault that they were all stuck in here.

– Are you sure you don’t want to let me through, Caesar? - Asa sat down on the dirt road, crossing his legs. – You could come with me.

The dog huffed, not looking away even for a second, not moving, sitting still like a statue made out of obsidian.

It wasn’t a real dog. Or no, it was real but it wasn’t quite alive. Caesar was here even before Asa appeared, always guarding the exit road, not letting anyone from the village out. If Caesar knew your name, you were bound to stay.

The dog was not quite alive. Not quite dead. Found over a hundred of years ago with a dagger in his back and then brought back from the brink of death. Or at least that was what the witch told Asa.

Even after all those years, Asa didn’t give up on trying to escape, but today he didn’t feel like attempting it again. Today, he could let go.

Asa tried to escape a hundred times. One time, he wanted to bribe Caesar with a chunk of meat, another time he wanted to gain his trust and then simply walk away. Once, he darted right past the dog, never looking back.

And everytime, he was getting dragged back by Caesar and his white fangs, closed tight around Asa’s ankle, leaving bloody marks.

Still, he couldn’t be mad at the dog. It wasn’t his fault that he got cursed to become the guardian of the gate. Honestly, Asa thought that if Caesar could, he would run away with him, too.

– Alright – Asa sighed, getting up and trying to brush the dirt off from the back of his jeans. – Fine.

There was no point in staying here for longer. He had to go back to the shop again. The shop that was visited by completely normal people. Almost always.

And when Asa glanced behind his shoulder, the black dog was gone.

The October Shop will be waiting for you on the 5th of October. See you soon. 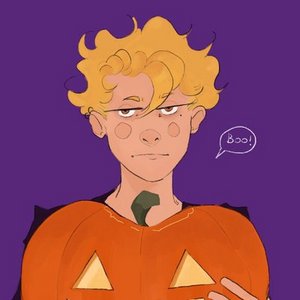 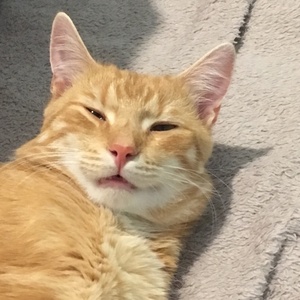 oooooh the Vibes are impeccable, can’t wait to see what is going on in that shop 👀👀 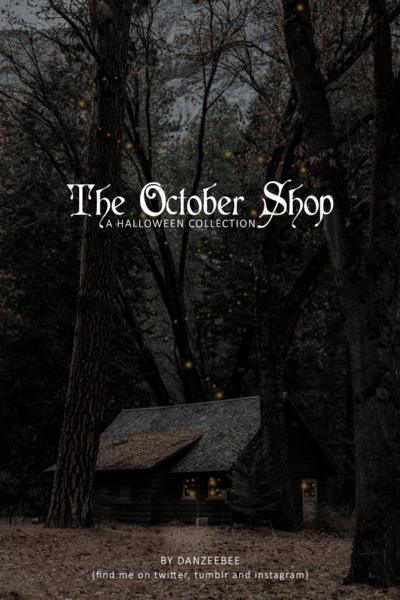 The October Shop will be there for you whenever you need it. Just don't let the black dog learn your name.

Deep in the forest, there is a magic shop, revealed to the ones who could use it's help. And in the shop, there is a boy ready to sell you a powerful charm or curse your latest lover. But don't listen to everything he says. In the forest, the air is thick not only with magic but also with lies. 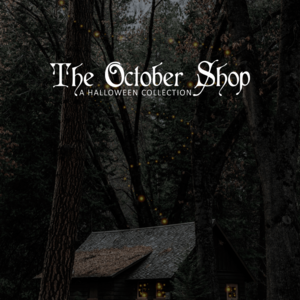