The Odds of Us

The only thing that could make me happy right now is a mouse. Not a live one, a computer mouse.

My younger sister, Deirdre, took mine out of my room thinking it would be a good idea to bathe it. Having a little sister would be fun they said, well they were wrong.

My hand reached for where the mouse once was. Now there is just a stack of post-it notes and something that looks like a vanilla covered pretzel. The urge to eat it is strong but it could have been there for days.

Ordering a new mouse would take days in this house. I guess I will just have to steal the one that’s in the front. It’s not like anyone uses the desktop anymore, not with dad picking up all these extra hours.

Pulling my hand back, I stand up and decide to read a book. It’s been a long time since I have read a book. Losing this mouse has changed me.

Thomas looked over at Newt, hoping for help. Everything inside him churned and hurt; the tears that had yet to come burned his eyes.

My phone pinged so I put the book down. It was a message. Billie picked the worst possible time to ask me to edit a photo of her. I have no inspiration and no mouse.

I’ll just pretend I didn’t see the message tomorrow. She’ll never know because I didn’t open the message, I just peeked at it from my lock screen.

Speaking of tomorrow, the last day of summer always manages to sneak up on me. I literally did nothing this summer. Billie went to fucking Costa Rica for gymnastics, and I never left the house.

The highlight of my summer was going to Walgreens and buying gobstoppers. It was a short walk that lasted about eight minutes, but at least I left the house.

On the walk, I saw this cute Asian boy walking his dog. He was wearing a yellow hat that said Bearox. The thought of him being a furry did cross my mind then, but now I feel like I was jumping to conclusions.

Bearox Boy also had on the cleanest pair of yellow vans I had ever seen. It was nice to see someone who takes care of their shoes.

I managed to get a picture of him while pretending to tie my shoes even though I was wearing flip-flops. I’ll admit that was not my best moment, but he was really cute.

I may have overheard him lecturing his dog, saying things like “your street crossing privileges are revoked,” and “I don’t get paid enough for this,”.

He was a cute guy with a sense of humor. It’s too bad that I’ll probably never see him again.

I hope he was right. 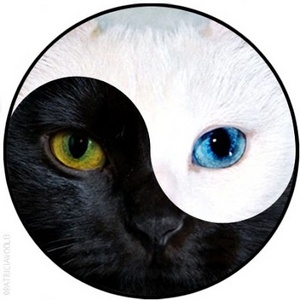 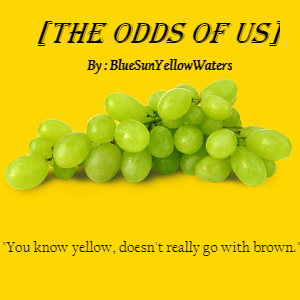 The Odds of Us

Lia's second year of high school is starting and she has no idea what to expect. Parties, hypebeasts, and cute boys are new constants in her life. Her best friend Billie is ready to explore everything that sophomore year has to offer, but is she? 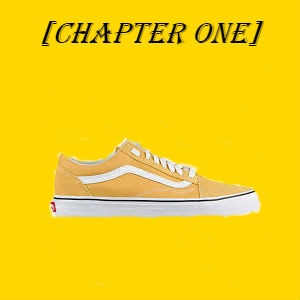