The One That Can't Be Loved (TOTCBL) - NSFW

She watches him from across the room. Her hair neatly tucked in a bun, her glasses trying to settle by her nose but falls from time to time. Dark, haunting yet seductive eyes. Hidden behind thick bangs and the large frames of her glasses. Look at me. She stares at him. Hoping. Wondering. Dreaming.

She shakes her head as she hears the moving of chairs. The boy he has been staring at for a couple of hours stands up. He is leaving. They are leaving. He wasn’t alone. He was with a girl.

Why can’t I be like her? What does she have that I don’t? We’re not so different. I have good traits too! Guys have asked me out...I just… don’t like them that way. Not like him! I like HIM! And the other guys that… don’t like me.

She looks at the other girl who is currently wearing her nude colored scarf, tucking in her long curly hair and getting ready to leave. Her eyes are focused at the girl with jealousy. Clouded with her anger and envy that she didn’t notice the other girl staring right back at her. Surprised, she shrinks back to her own world and looks outside the window. The dark clouds slowly forming into what seems to be rain.

“Dom?” He looks to where his friend is looking, seeing a girl by the window. He turns back to his friend and calls her out in a louder voice, “Dominique!” He finally catches her attention when she turns his way.

“Y-yeah?” Dominique replies. “Sorry, Heath. Were you saying something?” She said with a small smile.

“You okay?” He looks at his friend who in return looks back at the girl by the window, “Is she bothering you?” He asks.

“Heath, no. Don’t go there.” She taps his shoulder as a gesture to just start walking. Dominique quickly glances back at the girl one last time before she leaves the coffee shop.

She is a Sugar Baby.

Outside the cafe, Dom stretches her arms towards the cloudy dark skies. Beside her is Heath who is opening an umbrella for the both of them. He is younger than her yet he is 6 feet tall, soft feminine features, mesmerizing grey eyes, athletic body build, and has shoulder length platinum blond hair that he usually tied in a pony.

“Are you seriously okay? That girl in the cafe. Was she making you feel uncomfortable?” Heath and Dom starts walking. “I think I’ve seen her in the university I go to. If you want I’ll talk to her and--” His words were stopped by Dominique’s lips gently touching his. He stares at her dumbfounded.

Dom would always avoid such conversations and would do just about anything to move on to the next topic. Her intentions were never clear to Heath who learned not to pry about his childhood friend’s strange antics. She wasn’t always like this. She changed. Thoughts such as this would linger in his mind from time to time and only ends up worrying for Dominique. Lately, Dom has been avoiding Heath from social media to text messages. That is why he made an "emergency meeting" at the cafe, to know how she’s been. The last time he held such a meeting was when his father had filed a divorce 10 years ago. It wasn’t until 3 years when she started seeing men--particularly the rich and older.

He knows about her job. He knows he can’t be the one who changes her mind. Not like he didn’t tried to persuade her to stop.

“Don’t. We both know I hate it when you make a scene.” She winks at him and starts walking ahead of Heath without the umbrella to shelter her from the drizzle that is slowly coming down from the dark skies. She doesn’t turn back to see if she was followed or not and later wears her headphones, blocking any kinds of noise coming her way. She didn’t care. She stopped caring a long time ago. Dominique’s thoughts go back to the girl in the cafe. Remembering her strange beauty and how her face distorted when they made eye contact.

She reminds me of who I was.

Rain starts to fall down hard as the scent of wet pavement spreads across the streets.

Dominique continues walking. She skips music after music until she lands on a particular song that empathizes with her current mood. After settling with a song, her eyes follows the words displayed on her phone’s screenlock “1-800-273-8255, Logic”, she turns the volume up and starts to dive into her own thoughts. Allowing herself to get lost in the lyrics played in the song against her headphones.

I've been on the low

I been taking my time

She recalls the reflection of the dark haired girl back at the coffee shop's window. How her eyes seemed lost like hers for just a brief moment.

I've been on the low

I been taking my time

I don't wanna be alive

I don't wanna be alive

The rain soon envelopes the whole city of Evolon. A city populated with the rich and famous and everyone else who wants to make it big. A place where dreams are attained and at the same time destroyed. It is a chaotic place like any other place on earth. Serving the right amount of encouragement and leaving the weak slaughtered and the weaker ones to continue and struggle with life’s harshest truth. Reality.

Dom watches the world pass by while she inserts her icy cold finger down her jeans’ pockets. Her thoughts has already drift to her own world. She stops and finally decided to find shelter inside an old phone booth. It wasn’t functional anymore and it stinks of mud and old wet leaves. The glass starts to stain with fog while her body starts to warm itself with the enclosed doors of the phone booth.

Her phone rings, stopping the song she is currently listening to. The screen reads, Heath Witherpool. She lets it ring for a little while before answering and was greeted with her childhood friend's scolding.

“Did you really have to leave me like that?” Heath’s voice clouded with a hint of annoyance. “Where are you right now??” He waits, but Dom doesn’t reply. “Dom. Don’t do this. Not to me. Please say something.”

“You should… forget about me Heath. Go back to your dorm. Date a pretty girl.” She pauses. “I won’t see you anymore.” She hangs up.

This is a story much like any other story. About a girl, broken and destroyed by the harshness of life. Who gave up reaching for her dreams and deciding to take the darker road to success.

Dom was a dreamer. She was born on a sunny day and grew up in a loving home. Someone who strives to look at the good things in life and in every people she meets. Her beliefs took her to places and people admired her kindness. She took job after job after job, and finally landed a career close to her dream. It felt like she had touched the surface of the dream job she always wanted. The memory of the joyful bliss lingers in her soul. But the memory is faint and is overpowered by the grief that paralyzes her as of this day. The memory of how her job mistreated her so much that she could never seem to stand up anymore. Every part of her being no longer wants to pursue the dream she had ever since she was a kid; just the thought allows an overwhelming sense of pain grip her existence.

But all of that is in the past. A tale to be told in another time. A story that a lot of people can relate to I’m sure. Or not, only you can tell.

We shall end with the girl, back in the cafe.

The girl looks up to see Heath in front of her table.

“May I sit with you?” He asks kindly.

“Y-yes! Of course.” She cannot look his way and ends up staring at her cold cup.

Heath watches the girl who awkwardly tries to drink what seems to be lukewarm coffee by the disappointed look on the girl’s face. He sighs quietly before looking at his phone.

“Ah, no. What I wanted to ask you is…” He pauses, eyes covered by thick long eyelashes, fluttering ever so gracefully. Then, after a little while, he gently places his hand on top of her icy cold fingers.

“Would you want to have sex with me?” 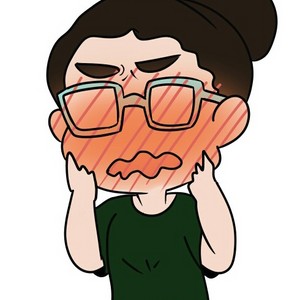 When the rain comes, you know that everybody was affected. 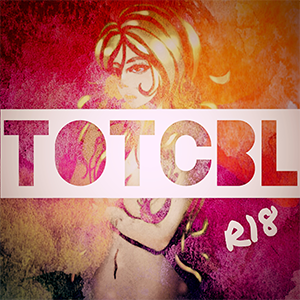 The One That Can't Be Loved (TOTCBL) - NSFW

This is a story that strongly discourages love, hope and dreams. It tackles topics like depression, anxiety and the intoxicating feeling that paralyzes a person from doing anything at all with their lives. It is a series that follows one bad choice after another and it will probably make you depressed after.

Then feel free to indulge in this series and see if you are also one of the few that cannot be loved.
Subscribe 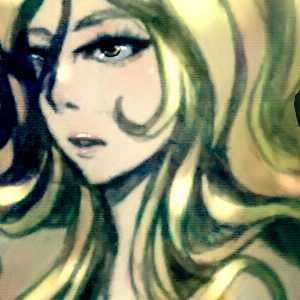