The Owner of Light

"A long time ago, our world was chosen to be founded. Our creators, the Luminus and the Draconyans, had the great honor of giving us life through what we call “The Essence of Everything” or, for laypeople, the Light. Everything was perfect and each being had its purpose, especially such deities: the former had the total ability to create and control such an essence but, in turn, did not know how to tame them; thus, luciferous creatures, who knew how to deal with any problem, were teachers of their creations. Well ... Although it seems to be a peaceful harmony, nothing would last forever.

A war had started and nobody knows why. The aversion had generated an enormous tension that, consequently, led to the death of the beloved King Luminus. Cruelly, his brother impaled him in a sword, watching him coldly, and feeling remorse flowing from his body. The “Aurora War” ended only when the last drop of blood from the enlightened beings spread across the floor.

Strangely, everything was calm as before. The gloomy atmosphere had given a respite, highlighting the hurt of the immense red river that bathed the fields of the castle, in which one could hear the breeze resonating in sync with the damn clock that chimed in that room.

His steps were unsure but confident. He knew that his decision had been the best for his species and he could not go back. The balcony railing was his comfort point; the clouds passing near his bruised face gave him the chills, as did the view from there, many, many meters high from the ground.

The time was counted. The chimes indicated it was midday, but it was not what it appeared to be, the sky was getting dark and sunset had suddenly arrived. This was by no means normal and it was the worst of the problems that could come.

Since then, our acclaimed day has never returned. We live in darkness, no longer remembering the pleasant feeling of comfort and warmth that it offered us, making us used to this painful fact”

"Did you like the story?" An old man was blowing out a candle, leaving the delicious scent of the freshly extinguished wick.

“Mister Orlin! What a cool story! ”. A child was squeezing his stuffed animal with absurd strength. “But ... so much time has passed! Why didn't they return the day? ’

“Ah, dear ... Nobody knows but that it is good for us! I heard reports that we would become glitter if we were in contact with daylight. ” The waiter took the curious one and placed it on his lap, looking at the other children who watched him with a look of surprise.

"Sir ... I will pretend to believe, I know we would not turn to dust. They are too emotional to hear that. ” Whispered the six-year-old girl. The old man burst out laughing at the little girl’s wisdom.

"Well, it's time to go home, brats." He stood up, noticing the big, sad looks of the children. "Did you forget that if you don't behave you won't be the Chosen One someday?" He crossed his arms, waiting for his unfailing plan.

"I will live in that castle someday, you will see, uncle!"

“We will never disobey! Bye! “And so they left, almost leaving their colleague who could barely see where she was going because of her huge bangs.

"Haha, it never fails!" He scratched his thin beard. "Ynn, aren't you going home?" He went to the red-haired boy who was cleaning a table.

"Troubled by the story again?"

“It's not that, it's just that… For me, you have to work hard to be recognized and not chosen. Only that." He went behind the counter, starting to clean the vast collection of dirty glasses.

"Only you, little redhead ..." He smirked, resting his elbow on the rustic wood. "I just wanted to see your face if you were called, but then I was going to miss my opportunity!"

"Ok. Just do not forget tomorrow we will have a festival to face, so rest. ” The doorbell rang with his departure.

"Pff ... Chosen? What nonsense. ” His focus was caught by his boss's insistence, not realizing that he had taken a glass of filthy liquid, drinking it. At the same moment, he spat out that horrible taste that seemed to come out of a sewer. "REALLY?!"

Although for a long time our ancestors lived in total darkness, we got used to it thanks to the use of candles all over the place. Our squares look like a spectacle like the stars that shine brightly, illuminating even the deepest darkness of a shattered heart. However, there is a day when our little kingdom became more striking: the Boreal Festival. Everyone looks forward to this one opportunity of the year when the king can come and visit us.

In this “pleasant” celebration, the king will choose one of us to join his forces, sending the destined to a kind of college for training explorers. They are our only hope so that we can seek our daylight and for this reason, they are extremely prestigious alongside the Draconyans...

I just hate that idea.

The other "day", preparations started early, but they did not have to wait to celebrate. Everyone seemed to have fun, running, and laughing, but his glazed eyes on the dirty dishes were more excited than everyone was together. Ynn had never been so tempted by the mountains of dishes that surrounded him to be washed.

"Ufff ... Finally! All clean!" The older man wiped his sweat, panting after his great job of tidying up the restaurant entirely. His attention was focused on the redhead's low singing, which emanated such a peaceful aura. "I do not believe that. He can only be kidding, right? ”

Slowly he came up behind the busy man, placing his heavy hands on his employee's shoulder. That simple touch had caused terror to the youngest, knowing that he would not leave without a scolding. "Err ... how are you, Orlin?"

"No ..." His voice was intense. “Do you think you're okay? You didn't even go out for a minute to rest! You’ve been doing the same thing for hours! ” The indignation was clear, but it was for a greater good.

“No, you’re not. Come on, come on! You will enjoy the festival, as it does not happen every day. ”

"WITHOUT BUT, YNN!" His age was nothing compared to his strength. At the same moment, she had grabbed the child's feet and tried to drag him out.

“RELEASE ME, ORLIN! LET ME GO!" He held on to the edge of the sink, in an attempt not to be “expelled” from his beloved work. It was in vain. Within seconds, he was being shamefully dragged out of there.

Luckily, for him, no one was concerned with events other than fun. He stood up, dusting off his overcoat that had the same color as his hair. “Couldn't you just have pushed me? Creed..."

"How unfair ..." He looked around, realizing what a waste of time it was. It would not do any good to stand at the door and he knew from experience. His only solution was to walk aimlessly until this racket was over. “Ur ... have fun, you're young! Ur ... Give me holy patience. ”

The streets were crowded like an anthill, with stalls everywhere selling candles and drinks. Drinks. That was what he needed. The first chance he saw a bottle of wine, he clung to it. "I'm going to have fun ... but in my way!"

And took a deep drink. 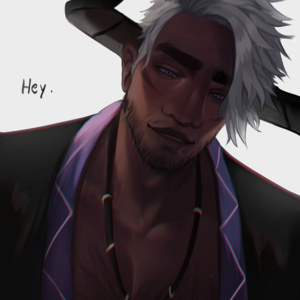 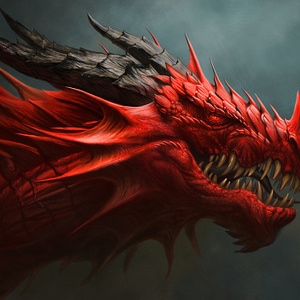 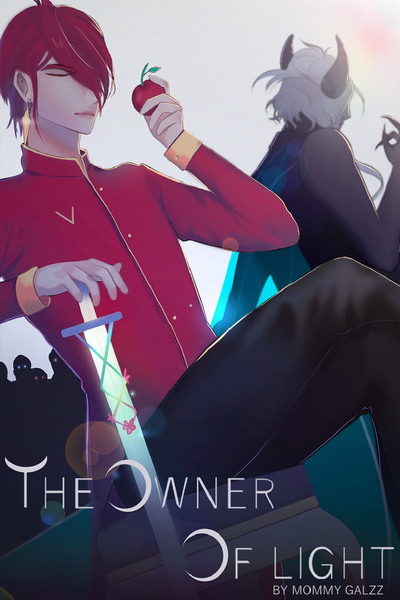 The Owner of Light

In a world where the day never came back, Ynn Yack, a young adult workaholic, lived his life peacefully, washing dishes at an old friend's restaurant. But everything could change when a single finger pointed in your direction and said just three words: "I want you".
Subscribe 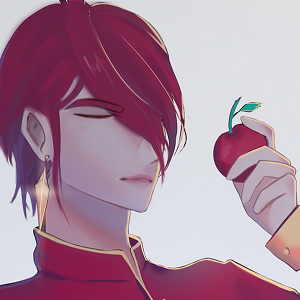