The People Among Us

The crew sat, buckled into their seats by plastic straps and fear. Lou felt sweat on his palms as he gripped the strap. He could see the older, tougher members of the crew balling their fists on their knees, clenching their teeth and inhaling deep, deep breaths, before relaxing everything. When one of them, Parker, noticed Lou looking, his guarded glare shot his way. Lou’s heart rate spiked, focusing instead on everyone else. On the first day of his new life, they were all he had. Six people, not including him.

The trip was advertised as a rehabilitation project. Everyone of them went on the news, smiled wide for the cameras, commented on the “diversity” of the crew, before being shipped off into space.

Sharon, a black woman who’d had a mesmerizing crown of curls and who still had an ego-breaking scowl, told Lou once that, “It’s all bullshit. It’s just a tighter cell, using us for good PR. Kindergarten bull-shit.”

He agreed, especially when it was “suggested” he cut off his dreads. He took Sharon’s advice and didn’t. His hair was contained, and it wouldn’t get into equipment as long as he was alive. That was the only thing he fought the administration on.

After he’d won that fight, Parker clapped him on the back and Captain, a white man with piercing green eyes and strawberry blonde hair, said, “You’re a good kid, Louis.”

His name wasn’t “Louis”, but that didn’t prevent everyone calling him “Armstrong” after.

It was better than Jacob’s nickname. Just “Spaceman”, pronounced like a last name, with emphasis on the first syllable and none on the second. It happened after Jacob was talking to Parker about space, and got too into it: “Sixty tons of dust from space fall on the Earth every day. We’re literally made of stardust!”

Parker grinned and enunciated the new name under his breath, and it spread through the ship like an order.

So, so far, there was Captain, Parker, Sharon, Jacob “Spaceman”, and Armstrong, leaving just two others. Karl, shook Lou’s hand when they met the first time, but that was the most they’d ever talked, and the other one-- maybe her name was Bella?

“I didn’t know a lot about Bella. She was quiet most of the time, so we never talked much, but I can say she was nice. She gave me yogurt once when I was hungry.”

Parker had his arms crossed at his table. He shook his head, “That’s cuz she hated yogurt, I’m sorry to tell you.”

Lou sighed, letting his hands fall. He didn’t have anything else to say. Bella had been quiet. Her hair was chronically raggedy, like a blond bird’s nest. She had to tie it up for her missions, but let’s just say she wasn’t very careful, except for when The Captain was around. Then she slid a lock behind her ear, smiling and listening attentively. None of this was useful in a funeral.

Jacob was in the back, staring at his food, his fist clenched tight around his fork. He lifted his head, joltedly, like the action was painful, and he murmured, “She was good at drawing.”

Karl gave Jacob a napkin, which made Parker roll his eyes and lean back in his seat.

Seeing this, Captain ushered Lou to sit down again. Everyone ate their meal in silence.

One by one, people finished eating and went about their tasks. The Captain was in navigation and admin, with Karl on the engines and Bella assisting them both with storage. Parker went to comms, taking audio-visual records of the stars, usually with Jacob as his witness.

The cafeteria lights shut off, with Lou and Jacob sitting on opposite ends of the cafeteria.

Lou stood, with his plastic food packet in hand. He took a step forward, before deciding to leave the packet on his table. He slid into the chair beside Jacob, leaning forward to see Jacob’s face.

The eyes, a murky dark color, focused on a drip of water on the table. Small freckles like stars spread across his face. A long rounded nose, on an oval head. Abnormally big ears.

Lou said, “Captain called for help. They’ll get back to us soon. We’ll get out of here.”

Not that anyone of them had anywhere else to go.

Jacob nodded, sniffled. His face was blotchy and pink.

“I’m worried too,” Lou said, nodding to himself. “I can’t imagine how Sharon feels about finding it. She hasn’t said much.”

That was true. They’d had a loud argument about something. Lou asked Sharon about it after things had cooled down, but she said it wasn’t worth getting into.

“Hey, if it helps get your mind off things,” Lou said, “You got into it with Parker, right? Spaceman, why’d you come here?”

“Why does that matter?”

“It means he likes you, and you guys work together, so. . ?” He ended it like a question, so Jacob could talk about what that was like.

“We’re mapping some of the stars, recording some data. It’s nothing special.” He said that, but his eyes lit up at the thought. “You know, I wasn’t expecting anything like this would happen.”

“Not even the-- well, you know. I mean, getting into a space program, of all things? Seeing earth from above, seeing space beyond that, and then the stars. I was shit in everything in my school, except astronomy. One year, one class, I got a hundred.”

“That’s me but with social studies,” Lou grinned. “And bio. I liked bio.”

“And now you’re here! It’s insane! We’ve literally gone further than anyone we’ve known has ever hoped to go, and we don’t even know why!”

Lou thought about that every day. He nodded.

“Space has always called to me, y’know. I didn’t realize how much until I heard them announce my name.”

Jacob sputtered. “A-and now Bella.” He forced a nod, to compensate for his excitement earlier. Both of them were in it now, thinking about her. She was found outside the bathroom early one morning. They all saw her getting cleaned up. They all saw the knife, embedded a hundred times before crunching down right between her eyes, one final time. None of them had mentioned the knife. No one wanted to think about it.

“Do you want to see something?” Lou asked.

Lou ushered him out of the cafeteria, past all the main systems. It was a small process to get into the zero-gravity sector of the ship, before they arrived at the little greenhouse.

It was a white room, with rows of glass tubes on each shelf, some equipment for Lou to use in the later stages of the project, and plants. He got seeds, and some boring plants to measure and look at under microscopes. But, then he also had roots, like carrots and potatoes, along with three tree saplings.

“The point of this experiment is-- first to show a black boy growing vegetables in space, right? But actually, it’s about growing life-sustaining food in microgravity, seeing how that would affect the viability of it for a colony, to see if gravity systems would be necessary on a space farm.”

“Things grow different in space,” Jacob repeated. His eyes moved back and forth along the floor, before going to Lou. They met eyes. Jacob’s were something else, a scatter of stardust, something like every burning sun on his map grouped up to one shining light.

“I was worried when they told me to do this,” Lou said, arcing through the air above Jacob. “Like, I wrote down that I liked gardening in the application, but when I actually got in, I thought they would make me use pipettes on some radishes or something. No, I’m supposed to grow them as I would on Earth. It’s still different. I use a scalpel and a microscope, and I had to learn how to use some new equipment, but I enjoy it. I get my hands dirty, and there’s daylight in here. And, you know.”

He did a flip. The world turned over itself. The light on the ceiling whirled around like a bright star, but out of the corner of his vision, Jacob’s face was still. For a second, Lou worried that he was being stupid. Jacob probably didn’t want to hear about plants at that moment. Bella was dead. He was being dumb.

But then Jacob laughed. It sounded like air being squeezed out of a balloon. It was high and strained. He looked really, really surprised, and maybe a bit put off, before he started flipping through the air too. Lou cackled with delight.

Sharon was quiet during the days following Bella’s death. She grit her teeth whenever Captain tried to talk to her, even though they used to talk a lot. Same with Karl, and Lou.

Then Parker called them into comms, and pointed at his monitor.

“What the fuck!” She yelled.

“Hey, calm down, we can figu-- “ Captain began, but both she and Parker cut him off with viperous glares. Lou stood at the doorway, his arms crossed tight over his chest. Jacob ran in a few seconds later.

“What happened?” He asked Lou in a low voice.

“They said ‘Check security cams’,” he said, forcing the lid down on the bubbling panic in his chest. It left him pale and stiff, like a wall, he knew, but he didn’t want to add to the panic.

Still, his voice broke as he asked Jacob, “Hey, have you seen Karl?”

Jacob’s eyes widened. He looked wildly around the room, as if counting heads. But before he could respond, Sharon was ranting, “You think we haven’t done that! What the fuck is happening? They can’t fucking think-- !“

Parker put a hand on her shoulder. Lou knew what that felt. Parker had hands that were sturdy like steel, and his eyes were even tougher.

“There’s a chance,” Parker said, in a low voice, which made her clamp her mouth shut-- “They’re about to send more people our way. People who actually know what they’re doing. In the meantime, you and I could double-check security.”

He looked at Captain, who was shaken.

Parker cocked his eyebrow, but remained cool. “What say you Captain?”

“Parker, we saw the knife,” Captain said, setting his jaw and crossing his arms.

Parker backed off from Sharon, who was now giving the Captain a stinking look. Lou stepped forward between Captain and the other two.

“We can’t be doing that,” Lou murmured, shaking his head.

“You’re right, we can’t,” Sharon scowled. She looked Captain square in the eyes and said, “Unless you want me to mention your history?”

He went pale. None of them wanted to go down that route. So they didn’t. Parker fell back into his seat at comms angrily, awaiting further instruction.

Captain grunted and went to check the engines.

“Security?” Lou suggested. Sharon nodded, and so did Jacob. 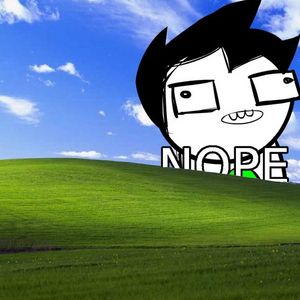 Have fun! I got way into this concept as you can tell. I'm gonna post some sketches I did for it on my twitter. 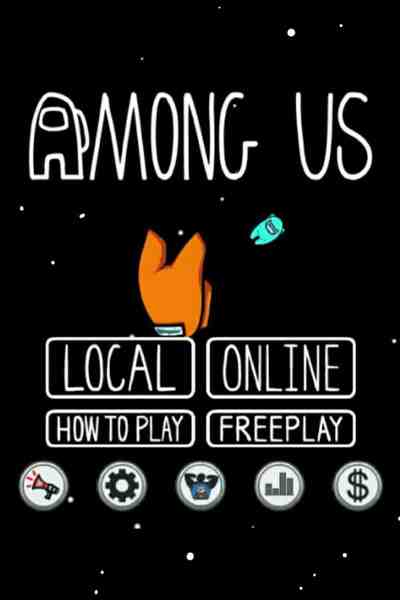 The People Among Us

When a group of inmates get randomly selected to go to space, they struggle to find hope in an increasingly dark situation.
Subscribe 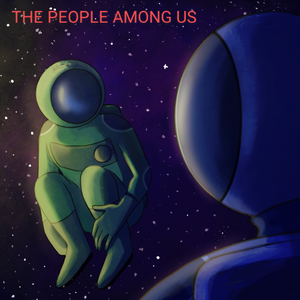