The Prophet Didn't Mean To Fall in Love!

On the bumpy carriage sat three people. Only two would get off the carriage at their destination and only one would return to the carriage. Yue carefully placed a golden hair accessory shaped like a flower in his ink-black hair. He turned to Lian Bai who sat beside him in a plain white and brown Hanfu and motioned to the flower in his hair.

“Did I do it right?” He asked, turning his head to show Lian Bai his hair some more.

“Yes, It’s perfect. With that, you’re completely ready. Remember though, if anyone asks why you do not have servants, tell them you were sent to learn independence.” Lian Bai said and smiled, holding Yue’s hand.

“They won’t find you in Europe, they don’t even know your name. In Europe, eyes like yours are common.” Fei Xiang said and looked up from his book and into Yue’s clear blue-green eyes. Fei Xiang only spoke about the color of Yue's eyes, dragon-like eyes with slitted pupils were uncommon, even in Europe.

“The academy also serves as an independent city-state, they’ll protect you if necessary. Just avoid revealing your true family name.” Fei Xiang said and looked back down at his book. He was a quiet man, not exactly known for his kindness.

“Yes, Master,” Yue said and bowed his head a little.

After growing up with people fearing his power, Yue didn’t think nations would go to such lengths to try and obtain his power. Yue's eyes were special, both randomly and at will, he could see the future with those blue-green eyes. He was also a talented cultivator and Martial Artist. Fei Xiang was his master, an immortal lord who had traveled all of Eurasia, he had picked Yue up when he was a child and taught him the three arts while also protecting and hiding his power from the world.

Yue was devastated to be leaving them but it was what was necessary for all of them to be safe. He had already come to terms with what must be done long ago.

The carriage finally arrived at Yue's destination. He took a deep breath as he stood, his colorful Hanfu shuffling as he moved. Lian Bai put a veil over Yue’s face and stepped out of the carriage before he did, she knew Yue wanted to say something to their master before leaving.

“I hope we meet again, Master,” Yue said and bowed deeply before leaving the carriage. Walking away was difficult. His steps felt heavy as he got out of the carriage and even more so as he replayed the last few seconds in his head.

He had said that he hoped that they would meet again but he had already looked into the future. This would be their final meeting. Fate would not weave their lives together after this. He didn’t cry as he walked with Lian Bai into the building the carriage had stopped at, he had spent the night before doing that.

As they entered the main area of the hub, Lian Bai stopped and smiled at Yue with tears in her eyes.

“Until we meet again, Young Mistress.” She said and bowed down to Yue.

Yue bowed a bit toward her and looked at her in the eyes through her veil. He wouldn’t meet her again either but he knew she would find happiness and that made him unable to feel sad as he parted ways with her.

"Goodbye Shijie," Yue said with a voice lower than a whisper before turning away and walking away from her.

He walked further into the hub knowing he would have to leave his identity behind. He was no longer Yue, the young prodigy, Disciple of Fei Xiang, he was Xia Yue, the young mistress of a large military family who was going to continue her studies of magic in London.

He sighed and stood with his suitcases on the giant magic circle that was etched onto the floor.

“How heavy are the bags?” A mage who worked on the hub asked.

“They’re not very heavy, I’ll support them with my magic,” Yue said, not wanting to be held up. The mage nodded as Yue pulled a fan from his sleeve and waved it lightly at his face. It was an act to show off the expensive fan so the mage wouldn't question him.

The magic circle activated and light filled the room. Yue used magic to support the circle as well. When the light faded Yue was in a different teleportation hub. He gulped, the architecture was different, the people were clearly different and the clothes they wore were different., It was overwhelming.

He took off his veil and looked around.

“Miss Xia? Are you Miss Xia?” An older heavy-set man with gray hair asked and walked toward Yue.

“Yes..” Yue said and nodded, he was fluent in English in but he was quiet. It wasn't every day that he used the language so he felt awkward speaking it.

“I’m Andrew Backett, I’m a student coordinator at the academy. I’ll bring you to your dorm and then to your first class of the day.” The man said and had some people carry Yue’s suitcases and walked with him out of the room.

Despite this being a massive hub full of people from every corner of the world, people still stared at Yue. His Hanfu drew everyone’s eyes with its multitude of colors. His golden necklace, earrings, and hair accessories also brought attention to him. His hairstyle was unusual, his double bun hairstyle and wispy fringe were beautiful but strange and new. Most women wore European clothing and makeup even if they weren’t European but Yue’s traditional clothing was bold.

His eyes also had red makeup around them and his lips were slightly rosy. He was so clearly a foreigner that it made people wonder just how noble he was to wear his own country’s clothing so boldly when others hid it. It helped him seem like a prideful noblewoman. He himself was naturally quite prideful so it wasn't very hard.

They got on another carriage and they went on their way to the student dorms. Yue looked at the city, hiding his awe a bit as he looked at how different everything was. Andrew was explaining how the city worked and how he would be in an advanced class that had very few women.

“How few?” Yue asked, he didn’t really care but it seemed like something he should ask about.

“There are only three others.”

Yue wondered if it was because of sexism. In China and its surrounding areas, they didn’t care about gender, anyone with talent in magic was accepted and taught to further their power but here it was different. He didn't mention it but his confused look made Andrew sweat a bit.

They stopped at the Dorm and some people led Yue to his room. He examined it quickly as people put his bags inside. He decided it was fine. It was European style and he worried that he would struggle to sleep in a bed after years of sleeping just about anywhere while traveling but he decided he would learn to live with it.

They then went to Yue’s first class. Yue admired the style of architecture used in the buildings as he walked. They stopped in front of large double doors and Andrew knocked on them and some came out of the room.

Yue was led inside the room. The room was full of around 15 students. They sat in brown seats with connected desks that made three large rows that split at the center to make a staircase. They all faced the teacher.

“This is Yue Xia, she is a Chinese transfer student.” The professor said and introduced Yue.

Out of habit, Yue bowed a bit. He looked at the center stairway and saw a girl sitting on the middle row who was smiling and waving at her a little. She wore a turquoise Ao Dai and smiled brightly. The professor told Yue to sit and the girl was waving him over so Yue went up to her, observing the other students as he started going up the stairs.

He looked up past the girl and up at the person sitting alone in the row above her. He had long white hair and golden eyes, he was handsome and silent as he stared back, locking eyes with him. Time felt like it slowed down and Yue pulled away from reality for a second.

He suddenly saw a field out all around him. The white-haired man stood in the middle of the field with a sword in hand, covered in blood. Yue quickly realized what he had accidentally done and blinked, completing his step and turning to the girl who had waved at him. he quickly sat beside her and didn’t notice that the man he stared at had a surprised look on his face.

“Nice to meet you, I’m Mai Nguyen.” The girl said and smiled. 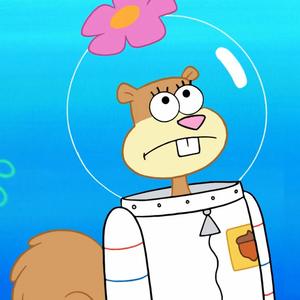 Up to chapter 22 is already up on scribble hub, I will mostly be updating and checking comments and stuff on scribble hub. https://www.scribblehub.com/series/132887/the-prophet-didnt-mean-to-fall-in-love-bl/ 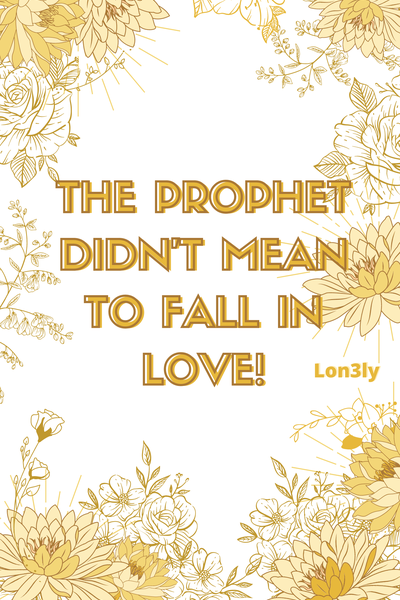 The Prophet Didn't Mean To Fall in Love!

After having his prophetic powers revealed to the powerful politicians in the East, Yue is sent away to the west to attend a European magic academy under the disguise of a rich young lady from a powerful family. It didn’t cross his mind for a second that he’d ever be wooed into someone’s arms. Especially not a man’s! 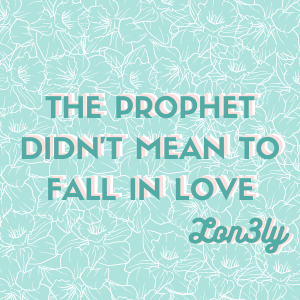