The Reborn Princess Will Save Her Sister

All eyes were on me, as I lay sitting on the ground in front of the throne room. My father sitting upon the throne, looking down on me. His eyes barred no love or affection. All I ever wished for was for your love. And yet, I’m here about to be sentenced to death by you. His light blonde hair and icy blues that matched mine were a splendor. He opened his mouth to speak. “Vivian de Caiste....you have committed a sin. Attempting to kill my one, sole heir, Amelia. You’re evil plans were thankfully avoided and my sweet daughter was saved, but you deserve a punishment that truly fits a vile woman such as you.” He said.

My heart ached. Yes, I did commit such a sin, but to call me vile....Father, am I not you’re daughter as well? It enrages me, that a common girl would be of father’s noble blood and warm his heart as well. What on earth is there to like about her?! I’ve been with you since my birth! I felt like crying, I felt so desperate. He stood up from his throne and looked down at me, terrifyingly staring at me. I got chills. “This vile creature cannot possibly be of my blood anymore. No...this creature was never my daughter to begin with.” He said. Ah.....why? I was there with you...I loved you....why is it that I must be hated? Why is it that only I may be hated by you? Is it because of my mother? Is it because of my eyes. Because they’re the same ones as yours? If I could I would rip these eyes out and hand them over to you. Then would you love me? Would you care about me? I can’t imagine you would.

“.....father...” I called out to him, my voice almost whispering. He stared chillingly, “Don't call me such a thing. Did I not say so? ‘This creature is not my daughter.’” Chills ran down my spine as he said it. I felt miserable. Father.... “The only punishment worthy enough for this thing is death.” He said, as he called out the guards. I’m going to die like this. I’m going to die. What a fitting end for someone like me...huh? I’ve lived such a stupid life. Why did I want you to love me so much? I was foolish.....for wishing for your love, father.....

Just as the guards picked my body up and were about to drag me to He prisons, a voice spoke up. “Wait!” It was my sister. My older sister, Canary, a respected figure in education, and manners. She looked forward determined. Father looked at her and said, “what is it?”. She didn’t smile, a blank stare was etched on her face. “I’ll come out and say it. I poisoned Amelia. Not her.” Canary said with a sense of determination.

What? But I poisoned Amelia! How can Canary take the blame for me? It’s just not reasonable! What is she thinking!? Father stared at her for a while, shocked but still uncaring. “Why?” He asked. Father asked the same question I did. Canary, without a smile, said, “I was jealous. I was jealous of Amelia.” Father said nothing. He looked irritated. Why? Why cover for me? There’s no reason to! It’ll just end in your death! Are you stupid!?

Father raised out his hand up and motioned it downwards. The guards immediately let go of me and I fell to the floor. Canary stepped out and with a smile to me said, “I’m sorry.” What? Why? I don’t understand! The guards took Canary by the arms and put chains around her. Why did you do this!? I ran to her, almost falling. My light brown hair sprawling out of my ponytail. I was desperate to know why. Why!? I’m vile! I’m evil! I’m a sinner!

As I reached her, I took her hand and asked, “Why? why would you....” I was panicked. She’s not even my full sister! We’re half sisters! Why would anyone cover for me and exchange their precious life for mine!? I’m a vile, evil woman! I don’t understand! Why?! It’s not worth it!!

She touched my face, with her hands still in chains. It was warm. For the first time, I felt warmth. Canary touched my face with care. She whispered, “...Because you are my sister, and I love you. That is all.”. Canary smiled gently. I felt tears in my eyes. For this whole life that I have lived, no one has ever said, ‘I love you’ to me. I had never even an ounce of it. I had never been loved before. So....why did I have to figure it out at such an awful time?

I put my hand over my mouth, as tears fell down uncontrollably. I don’t want you to die yet! Not after I finally found someone who loves me. Someone who cares about me. Someone....you....my sister! I can’t bare it! No no no! It was my mistake! Don’t die for me! I won’t be able to live with myself! They dragged her away from me. I could do nothing but stand there.

I’m a vile, evil woman. I’m both stupid and horrible. However, my sister loves me. Why? I’m such a horrible person. I fell to the ground, crying. Why can’t I do anything!? I’m a powerless, weak, selfish, girl who can’t do anything for the people she cares about! If only I could just reverse it! If only I could reverse it all! If I could I would’ve been different, someone wonderful! And....My sister would never have to die...... my sister would’ve been happy with me. I would be alive with my sister! I love my sister! I don’t want this to happen!!!!

A sudden light filled my eyes. I wonder what’s happening. It faded away the throne room and suddenly my world got brighter. And there I was, looking to the ceiling of a room. What? Where am I? what happened?

The room I was in, was somewhat familiar. Like I had seen it before. And....wait a minute.....this room is my childhood bedroom! Why am I here? I looked around the room, my head was heavy. I tried to move my hand up, but it was hard to. When I looked down at my hand, it had shrunk ten times!? What!?

A few maids hurried into my room, and started talking. “Why do we even have to come and take care of her? The emperor seems to not really like her.” One maid said to the other. The other maid lifted me up and carried me. Woah~ baby perspective...

“Even so, she’s the princess. Our princess. If we’ve been tasked with taking care of her, we should do it.” The maid said. How nice of you, Maid 1. “Ugh...too bad her mother died in childbirth, if she didn’t, we wouldn’t have to be with her 24/7” Maid 2 said sadly. “Lady Helena didn’t deserve such disrespect in her name.” Maid 1 replied strictly. Maid 2 sighed and irritatedly commented, “You’re defending her because you’re such a fan girl of her singing, but you always forget the fact that his majesty hates her daughter.”

So, father hated me since I was born. Well, it’s understandable. I was born with his eyes and I took away my mother. Though I don’t know much, I heard mother was a wonderful singer and she died in childbirth. But it doesn’t matter now. It seems I’m reborn as myself. I was given a second chance. I won’t waste it this time. I won’t love father or wish for his love. All I need is to survive and save my sister. All I need is my sister. Even if the whole world is against me, as long as Canary and I are alive, I’m fine!

But, Amelia’s not dumb. She knows the main reason father was so protective of her was because of me. Though I didn’t realize it before it was too late. Thanks to my constant bullying, he became more warm to her. If I don’t bully her or try to kill her this time, she’ll strike back. Framing me. I know she will, because that’s the type of person she is. Selfish. But so was I.

I sighed, how am I going to save myself and sister? I wish somehow I could make father warm up to me first. If I did that, I would instantly be in the clear and so would Sister. Of course, if I do go that route, I refuse to warm up to father. I don’t want to end up hurt and miserable again. It’s just too much of a risk.

This baby form won’t do much. I need to eat and grow strong so I can quickly save sister! In my first chance, I didn’t talk to Canary much because I was a bit stuck up, but I want to talk to her lots this time! Because...she’s my sister! I feel warm when saying that...

“Ahaha..you’re so adorable Princess.” Maid 1 said happily as she played around with my cheeks. It seems in this palace, you’re the only one who cares about me. I haven’t seen you in my memories though. It’s kind of sad, since I was so lonely in this palace. “Lilac, come over here and see! Don’t you think our princess is adorable!” She called out to Maid 2. Maid 2 sighed and walked over to us. She looked down at me and stared at me for a while. “...”

Suddenly she pinched my cheek. “Oh my, Margret, you’re right. She’s absolutely adorable.” Maid 2 said with a bright smile. Finally warming up to me, eyyy? And I just learned both of their names, Margret and Lilac. I think I heard them before. Somewhere, my memories are hazy.

Margret smiled sweetly at me and said, “Anyway, Princess, nap time.” She put me down in my crib gently and rocked me slowly. It was soothing. “Oh is she sleeping?” Lilac asked quietly. “No. Not yet. Her eyes are still open haha.” Margret replied.

“Hmmm..maybe sing her a song. Like one of her mother’s.” Lilac suggested. Margret suddenly brightened, “oh, even though I can’t even compare to Lady Helena’s....” she said scoffing. “Don’t say that, you’re singing is really pretty! Even though I haven’t heard her mother’s singing yet, I think yours is better than her’s.” Lilac replied a bit irritated.

Margret sighed and said, “Thank you Lilac, but if you ever heard Lady Helena’s, you would understand. How stunningly warm and wonderful it is.” Lilac got irritated again and muttered louder, “Just sing! You’re the closest thing we’ve got!” Margret chuckled as she kept rocking. She motioned her hand to close the curtains and Lilac obeyed, before sitting down in a chair near her.

Margret sighed. A melody came from her mouth, it was warm and lovely. Her voice was soft yet clear and the melody that glided off her mouth felt like the earth itself was off to a warm colored slumber. It was beautiful. If my mother’s voice was better than Margret’s than I would’ve adored to hear it.

My eyes became heavy and my heart became frail. I drifted off. Off and off somewhere. Dreaming and sleeping. I hope I’ll grow up and save sister. I need to.....~ good night....... 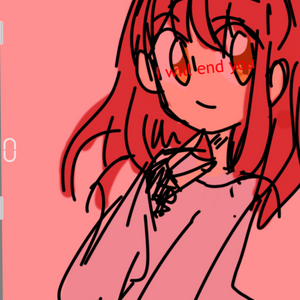 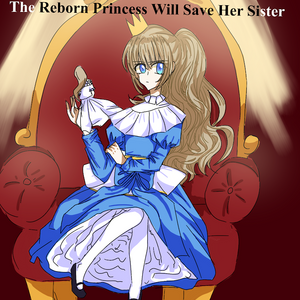 The Reborn Princess Will Save Her Sister

Princess Vivian De Caiste lived an evil, unjust, jealous, selfish life. Her beloved sister, kind, strict and respected took the blame for these actions and was punished by death by her cold father. With this in mind, Vivian is Reborn as herself, given a second chance to avoid that miserable fate and save her sister.
Subscribe 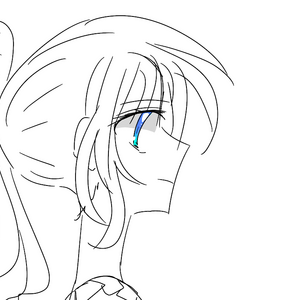