The Rise of Tria

Rain had been falling hard on the small sea-side town of Mesar, where the Lovaci family lived. Each raindrop that hit the ground made Remo, the first-born son of the Lovaci family, a little sadder. He wondered if it was rain that made him sad, or if the Witch of the Hill knew it was sad and decided to make it rain to mock him.

As typical of a ten year old boy, he was going to blame the Witch for his misfortune. She lived on the hill near the village, or so they said. It was a small mountain devoid of trees that loomed over the forest and the town, and where thunder never failed to hit, whenever there was a thunderstorm. That's how Fulmistiza Hill, which roughly translated as Thunderwitch Hill, got its name. The locals did not know much about modern science and geology, so what other explanation was there for this hill to attract thunder so strongly?

This was what had brought the Lovaci family to this town. Remo's parents came here to investigate magical occurences in the area, and discover if there was truly a witch behind the thunderstorms, but all their work had been in vain, for a simple reason...

They were to leave the town tonight.

Kiara and Roberto Lovaci, also known as mom and dad, had received an order to join the army as witch hunters. They were needed as experts since the battlefields of the Eastern Front had been invaded by a bunch of magical creatures, preventing them from succesfully setting camp and fighting back against the Arelian Kingdom. The Arelian Kingdom had taken a liking to Cinnamore's access to southern seas, and the menace of it invading was getting closer and closer with each passing day.

"Remo" Kiara called, "It is time. Do you have everything you need to go to grandma's?"

Remo looked away from the window to face his mother. She was a beautiful woman with kind green eyes, and wavy brown hair that she kept above her shoulders for work purposes. She was already wearing the dark blue uniform she and dad were given. Alysa, the Lovacis' youngest child, was sleeping in her arms.

"Why do we have to leave?" Remo cried "Aren't we happy here?"

His mother bit her lower lip as she wondered how she could explain the situation to her son. After all, what she was feeling about it all must not have been very different from Remo's feelings. What if this was the last time they saw eachother?

"Dad and I must leave, all witch hunters must leave. That's how it is."

"But where are you going?"

"There is a war, Remo. There are creatures and monsters and bad guys to fight... They need us to get rid of them"

"But there are monsters here too! I heard the sheppard complain that a vampire was eating his sheeps or something like that!"

She couldn't help but smile a little, but that smile was full of sorrow.

Eventually, she managed to bring both her children to the car. It was easier to deal with Alysa, as the kid was already sleeping and merely had to be carried around. Remo fell asleep during the trip to Montverde, the capital of Cinnamore, where grandma Lovaci lived. At least, even if their parents never came back, Alysa and Remo would know the life of city dwellers. Granny Lucia, however, did not seem thrilled to have to feed two kids for the rest of her life.

"This would have never happened had you become a shoemaker like your father!" she screamed at Roberto, almost waking poor little Alysa up.

"Everyone had to fight in this war, mother." Roberto answered. "Shoemakers as well as witch hunters."

The couple kissed their children one last time before embarking on the train that would bring them closer to the Eastern Front.

For the couple, the ride was spent in silence. All they did was look at the landscapes of their homeland. It was as if they had known all this time, that this was the last time they would ever see them. 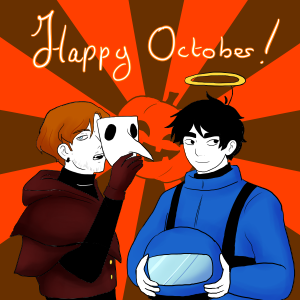 This is the prologue to my story The Rise of Tria,
I am not sure if it's good enough as english is not my first language... writing it seems very awkward to me, but I'd like to know what you think!

Ooh this is interesting so far, I can see the connection to the war :o I like the characters too! Keep it up! 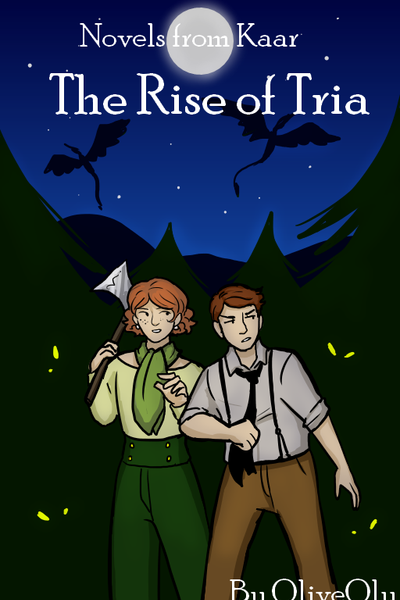 The Rise of Tria

The year is 997 on Kaar, technology has caught up to magic, allowing witch hunters to have the upper hand on all magical creatures but also fueling the race for weapons between nations like Mayr or Arelia, both seeming way too eager to compete against one another.
Remo and Alysa Lovaci do not care much about politics, all they wanted to do was walk in their parents' footsteps and become witch hunters in their peaceful hometown, but there are things you simply can not ignore...
Especially when a thousand year old prophecy is about to come true.
Tria, the Great Witch of Earth has escaped from her prison and is slowly but surely ascending to the surface...
Subscribe 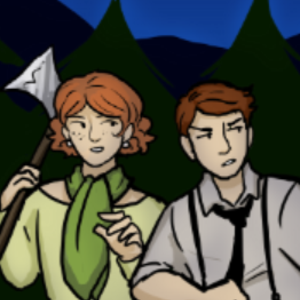