"Mom, where is everyone going?" Hunter asked his mother. He watched as members of their coven went down the hall of their home. There had to be 15 to 20 people in his home.

"Just to the basement really quick Hunter, go to your room until we're done," His mother stated.

"Can I come?" He asked. "Hannah gets to go with you, why can't I?" Hannah was Hunter's older sister who was 17. In his parent's eyes, Hannah was everything they asked for in a child. Wickedly talented with magic and obedient. Hunter, in their eyes, was none of these things. Hunter wished for the attention she got from their parents.

"You can when you're older." His father said. Hunter knew this was unfair, his sister got to be a part of rituals when she was 15, why couldn't he?

Hunter knew if he continued to pester them they would send him to his room without dinner or even worse his Wii would be taken away.

"Can you at least tell me what ritual you're doing?" he asked quietly.

Both of his parents looked at each other, not sure if they wanted to start the talk about demons, how dangerous they were, and why you should never summon them. Both decided it'd be best to lie, for now.

Hunter’s eyes widened. A friend was exactly what Hunter wanted. In school most people saw him as the lame brother of Hannah since she was extremely popular amongst other students. Their school was filled with humans,, wolves and other members of their coven. Though the regular humans had no idea of their existence.

"You can when you're older." His parents stated.

His sister smirked at him as she passed him, making her way to the basement. Her maroon mage cloak with bronze accents, on her back, covering her head.

Mages, when they are the age of 18, are blessed with markings (tattoos) on their upper body showing what kind of power that the mage specialized in. His mom had runes of life, healing being her specialty. His father had markings of lightning, specializing in destruction and the summoning of lightning. Usually around Hunter's age you would start to get an idea of what you would end up specializing in, but nothing was calling out to him. His sister was already excelling in healing, following in the footsteps of her mother.

"Now, go to your room." His father ushered him to the stairs. Doing as he was told, he headed up the stairs to his room.

Jaxon and Olivia, his parents, put their hoods up and headed downstairs where everyone was getting ready.

"We're sorry for the wait, today we will be summoning a lord of demons, we will show the nearby coven trying to claim part of our land just exactly what we're made of." Jaxon said to the members.

Hannah was just finishing writing the summoning circle on the ground with pearlstone chalk. It was like regular ritual chalk but more powerful, its power would help in the summoning of the demon lord.

Written in the outside of the circle were demonic runes, commonly found on the bodies of demons. Demons, like humans, had markings showing their power. These markings are different to the ones that are found on humans. In the middle was a pentagram with each point of the star having a candle placed on top. In the middle of the pentagram was the symbol of Zekaj, the demon lord they were trying to summon.

Zekaj was incredibly powerful, more so than most demons. Specializing in destruction and killing. Ruthless and unforgiving were traits mages gave him. He would be perfect to use in terrorizing the nearby coven.

Members of the coven gathered hand in hand around the ritual site. Their faces could barely be made out due to the darkness cast on their face by the hoods and the slight light from candles spread around the room.

"Lets begin." Jaxon said. His eyes began to glow yellow, resembling lightning. Other members around the room's eyes too began to glow in color.

"Zekaj! Lord of Void Demons! We are calling out to you! Enter our realm and join us in contract!" He stated in a powerful tone.

Only the sound of the flickering of the candles could be heard.

Suddenly, candles all throughout the room began to go out. Until a single candle at the top point of the pentagram was lit. Everyone looked at the single lit candle, gasping as it suddenly went out.

Only the glowing of their eyes could be seen.

A hand rose through the middle of the pentagram. Made completely out of darkness, but no one could see it as it pushed itself up. Zekaj's head rose through the ground taking a good look at the people in the room.

"Who dares summon me?" He bellowed. Members shuddered at the deep sound of his voice.

Olivia was the first to speak up.

"We ask you Lord Zekaj to terrorize the coven nearby who is giving us trouble. They seek to steal land from us that we have ruled over for centuries." She stated, a slight tremble could be heard in her voice.

Idiot mages. He thought. Have you ever summoned a demon before? We appear in the fucking middle. He forgot that they couldn't see him in the dark. But he still had a point.

"No." He stated. Falling back through the floor to his domain. He knew these mages could easily handle it themselves, it wasn't worth his time.

The candles lit up around the room. Everyone looked around at each other. Surprised he didn't go through with the contract.

"So now what." A member said, the others mumbling that this was a waste of time.

Jaxon thought for a moment, him being the leader and all meant it was his decision what to do next.

"We attack them ourselves. We will gather more members and go to them." He stated.

Members nodded in agreement and began to leave the confines of his basement.

Slowly, he descended down the darkness of the stairs. Stretching out his palm, he willed for his hand to glow, lighting up the staircase. At the bottom of the steps he looked for the light switch. Flicking it on, he made out the ritual circle as well as a bunch of unlit candles.

Examining the summoning circle, Hunter found the book used laying on top of a table in the room. As well as the chalk used, and a lighter for the candles. Hunter immediately got to work, relighting all the candles in the room.

After lighting all the candles in the room, fixing the summoning circle where people had stepped in, and turning off the lights Hunter was ready to summon a "Friend".

"Ze." He paused. "Kaj?" Glancing around the room he saw nothing happened.

"Zekaj?" he continued to look around the room. "Helloooooo?" he drawled out.

Of course he couldn't even summon a friend. He thought. He was about to leave the circle when all the candles in the room went out.

Zekaj burst from the floor, anger filling his veins.

"Can you excuses of a mage take a hi-." He stopped. Looking up at the one who called for him, was not an adult male in his 30's, but a boy who looked no older than 16. The poor boy looked frightened.

Zekaj, not wanting to scare the kid anymore pushed himself completely out of the ground. His form no longer was that of shadow, but his true form.

Hunter suddenly heard the snap of fingers and many of the candles in the room lit up again. Standing in the middle of the summoning circle was a man.

Zekaj was around 6'4" and was pretty muscular and built. Hunter himself was small for his current age, he was only 5'9" but he still had a lot more growing to do. Golden demonic runes were etched across Zekaj's gray skin, in the same spot mage's got their marks.

Zekaj's face was sharp and defined, and he had a thick chin strap black beard and a mustache. His eyes were glowing pale-gold with no other color in them. Unlike humans, his were one defined color, no pupil or anything. His ears were sharp and pointed back. On top of his head, in his spiky black hair were two long horns pointing back in the same direction of his hair and ears, the tips glowing the same pale gold.

The kid continued to stare at him, amazed.

"So um, why did you summon me?" Zekaj asked. He was extremely nervous for some reason. Not even realizing there was only one kid in that room.

Zekaj stared at the kid. What the hell was happening?

"What? Kill people? W-why would we do that?"

"That's why most people summon me, heh." Zekaj said, placing a hand on the back of his head. A sheepish grin formed on his face.

"I mean you could protect me from AJ at school, he bullies me a lot. Just, ya know, don't kill him. My parents said I'm not allowed to use magic to kill people." Hunter laughed.

"Well then Uh... sure!" Zekaj smiled. He had no idea what he was getting himself into.

"Of course, that's what friends are for. Right?" Zekaj smiled. It wasn't a scheming, evil smile. But an excited one, this kid didn't want him as a weapon, but for who he was. Zekaj wasn't even sure who he truly was, and that excited him. "But uh, what's your name?"

Welcome to my Story! 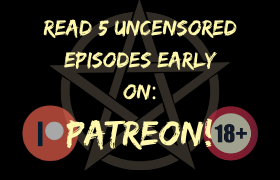 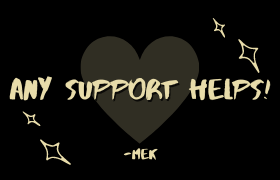 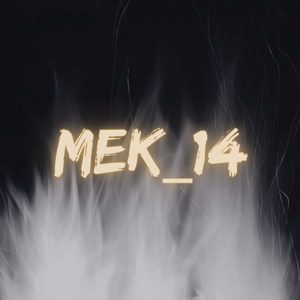 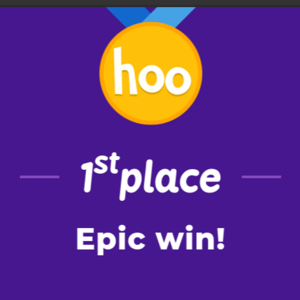 All 15-year-old Hunter wanted was a friend, so when his parents and a few other members of his coven come over to his house to summon a "friend", Hunter summons his very own friend.

Zekaj (ZUH - KAH - JUH), a Demon Lord, one of the most powerful of his kind, is bored. He's sick of the same old people summoning him, asking him to take out their enemies, or assist in a powerful spell. He wants something different, something exciting. So when a teen summons him one fateful night, he's excited. This is exactly the kind of fun he wanted.

2 Years later Zekaj and Hunter are thick as thieves. Inseparable. Zekaj never thought he would have stayed with Hunter for this long. But one thing keeps him from leaving. That "thing" being love.

The Roundtable Rebirth Series contains one finished story and one ongoing story at the moment. Read on to learn more about the characters and the secrets hidden in this fantasy universe. 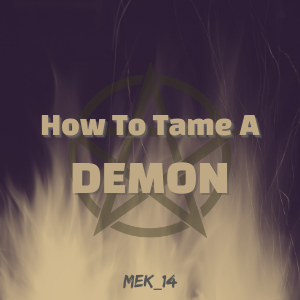