The Saga of the Stargazer

Nick Stabranth sought his prey in the early morning. He left the house without making a sound, and crept down the street, past rows of neat, orderly houses silhouetted by the grey, pre-dawn sky. He had a bag slung over one shoulder and held it tightly to keep from jostling the precious cargo inside. The sky lightened by degrees as he walked down first his street, then the neighboring one. Another turn and a block down the road brought him to the end of his subdivision, where the newest row of neat, orderly houses backed onto an empty field. Between the tidy lawns and the wide, empty field, a scraggly copse of trees clung to life. Here was Nick’s target.

Nick softened his step as he approached the trees, sneaking closer and crouching low. The sky was growing still lighter, now infused with a bare hint of color. Nick paused fifteen feet away from the tree, barely breathing.

Already crouching, Nick slowly cleared the ground of twigs and crunchy leaves before he got down on one knee. His eyes squinted in the low light as he peered through the branches of the largest tree in the bunch, the one that towered above the others, trying its best to be an imposing elder of the forest as if there wasn’t a McDonald’s takeout bag decomposing at its base.

Hidden in the old tree’s branches, between a bend in the limbs mostly covered by new leaves, lay a small robin’s nest. If Nick looked, which he had before, he would find small blue eggshell-bits scattered among the tree roots along with the fast-food wrappers.

Quietly, Nick swung open the top of the bag he brought. Inside, nestled between padding like a bird’s nest on a tree bough, was his camera. Nick lifted it out reverently and removed the lens cap, flinching as the click it made echoed in the empty morning. Nick readied the camera… raise exposure, lower shutter speed… all the while keeping one eye on the nest in the tree. Nick didn’t know how many chicks were in the nest, but they were always hungry. They should wake up right about…

The leaves around the nest shivered as something moved behind them. Nick held his breath and raised his camera. He bit his lip. This was the part he’d messed up before. Move too quickly and he’d startle them, too slowly, and he’d miss the shot. This was Nick’s last chance. He had to make it count.

Through the lens of his camera, Nick saw a head poke out from the leaves. It looked around and then, in an explosion of motion, the robin leapt into the air, directly overhead. Nick took the shot, and then another. He followed the bird across the sky until he fell over backward and then let out his breath. He chuckled as he picked himself off the grass, replaced his camera in its bag, and walked back home.

Hours later, after a brief nap and a shower had relieved the worst of Nick’s post-adrenaline crash, he sat at his desk, staring at pictures on his screen. Nick’s room was small, but the pictures covering every inch of the walls made it seem both bigger and more cramped than it actually was. Most were prints of pictures Nick himself had taken, gnarled trees around town, the skyline of the neighborhood taken from a few surreptitious trips to the roof, geysers from a family trip to Yellowstone, but colorized prints of planets and nebulae took up a fair bit of space. Sunlight came in from the window to Nick’s right, beams of light falling on Nick’s unmade bed and stretching across the room to his bookshelf, where half-read textbooks shared space with tattered comic books and, on the top shelf, lay a metal and wire monstrosity that looked like a World War II era ham radio plated in chrome and half disassembled. A small green light on top of the machine blinked lazily.

Nick scrolled through the pictures he had taken that morning, stopping when one caught his eye, one taken when the robin was almost directly overhead. It was just light enough to see the vivid red of its chest, and its dark wings were clear against the light grey sky. Nick could practically count the feathers. He gave a tired smile. It had worked.

“What’s that?” a voice asked behind him.

Nick’s heart nearly stopped. He had been so focused on the picture he didn’t hear his door creak open and his ten-year-old sister walk in. “Sally, what are you doing?”

“Did you take that picture?” She ignored his question.

“Did you take that picture this morning when you were supposed to be asleep?”

Nick looked at Sally, who smiled back at him with innocent eyes.

“No,” he lied through his teeth. “I’ve had this picture for a while. I just haven’t transferred it to my computer yet.”

“Really?” Sally asked. “So that’s not the bird you’ve been trying to take a picture of for weeks, but Dad won’t let you ‘cause he says it’s too early to be stompin’ around taking pictures of a dumb bird, and he definitely wouldn’t let you today ‘cause it’s your graduation and he doesn’t want you falling asleep as you walk across the stage and start snorin’ on the ground, in front of your teachers and everybody?”

“Just to see what you were up to,” she said. “The back door was unlocked this morning…”

“Alright, fine,” Nick said. “I snuck out to take a picture of the bird. You happy? Is that what you wanted me to say?”

“That’s a pretty picture.” Sally was looking at his screen now.

Nick let out a long sigh. “Sally. What do you want?”

Just giving me a heart attack and pointing out you know one of my secrets, Nick thought. “Is that all?”

“Oh. Dad says you need to get dressed ’cause we’re leaving in fifteen minutes.”

“Get out, I need to change.” Nick’s cap and gown were waiting for him in the closet, along with a stiff shirt and too-short dress pants. He threw them on the bed as he waved Sally out the door with the other hand.

Nick was just about to close the door in her face when the metal monstrosity on his bookshelf squawked.

“What was that?” Sally asked.

Nick walked over to the bookcase. The machine’s green light was blinking rapidly, and the dial on the front quivered. Nick tapped its face, and a half dozen lights lit up, flashed randomly, then stopped. The dial reset to zero, and the green light on the top went out.

“Think the battery died,” Nick said. “I wonder what that was…”

“Has it done that before?” Sally asked.

“Not really,” Nick said, not meeting her eye.

“Dad said that thing’s a busted hunk of junk,” she said, a note of awe in her voice.

“It still works,” Nick said. “When the battery’s not dead.” He reached a hand into the mess of wires spilling from the machine’s side and pulled out a battery holder he’d added, taken from an old toy robot. He popped the nine volt out and put it in his pocket.

“Have you used it?” Sally asked suspiciously.

“Get out, I need to change.” Nick hurried her out the door, then turned to the gown waiting for him on his bed. He spared one last glance at the machine on his bookcase.

An hour and a half later, after a frantic chase to catch a rolling car and one minivan race across town to arrive on time and then watch as the rest of the school wandered in over the course of a half hour, the South High graduation began on a sun-beaten football field. Nick and his classmates squinted up at a make-shift stage, where their principal took his last chance to lecture that particular crop of students and ran with it, hitting old standbys like ‘personal responsibility,’ ‘opportunity,’ and ‘growth,’ connecting them all with a mumbled series of anecdotes about students who had ‘sat in those very seats’ just a few decades earlier. Nick’s eyes were glassy by the second ‘and that leads me to,’ and he was near catatonic by the fourth. When, at last, the principal’s droning ceased and a rising wave of robed students woke Nick from his daze, he perked up only to realize that, as a Stabranth, he would take part in the family tradition of waiting impatiently for half his class to have their names called before he got to leave his seat.

When he finally crossed the stage, Nick looked over the stands filled with cheering parents, past row after row of his seated classmates, out to the back of the football field, where a lone figure leaned against the chain-link fence, and smiled.

That evening, Nick’s mother got out the good china and his father made a pot roast and his grandparents came over and they all sat in the formal dining room, newly dusted by mother and a complaining Sally, to have a nice meal and celebrate Nick’s graduation. Nick’s mom lit candles that cast dancing shadows on the green wallpaper, and Nick’s father was about to cut the roast when the doorbell rang.

“Who could that be?” Mom wondered.

“I’ll get it.” Nick jumped to his feet and was out of the room before anyone could wonder why the guest of honor was leaving his own dinner.

Behind the front door, hands bunched in his dusty trench coat, a wary smile on his face, stood Nick’s uncle.

“Got your message a few days ago, and I was in the area, so…” Damian shrugged, “thought I’d come and celebrate with you.”

Nick’s dad poked his head out of the dinning room as they were walking back. He saw his brother and his eyes widened.

“Damian, what are you doing here?” he asked.

“You didn’t think I’d miss my nephew’s graduation, did you?” Damian asked.

Dad raised an eyebrow. “That’s exactly what I thought,” he muttered.

“Can Uncle Damian have dinner with us?” Nick asked. “I’ll get him a plate.” 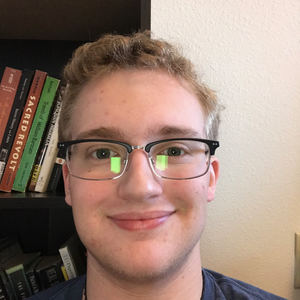 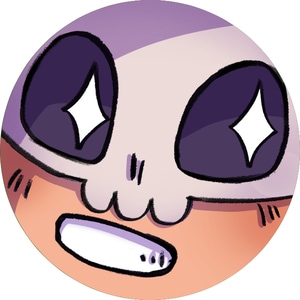 I will have to get back to this after I slept some.
But from the first impression, I reallllllllly like how you write the dialoge. it's not stilted at all. like, it feels like siblings would talk to one another.
soo yea. I'll give it a more attention tmrw! 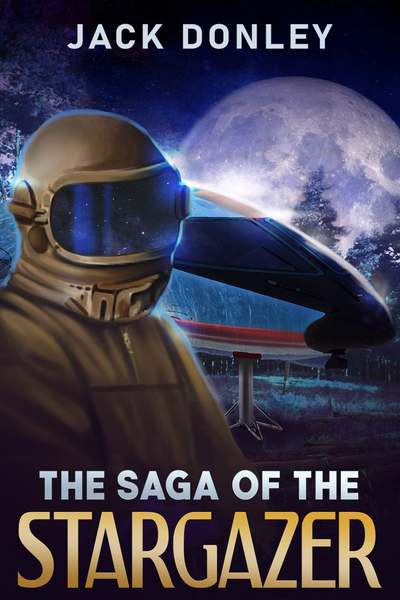 The Saga of the Stargazer

Nick Stabranth is fresh out of high school and hungry for adventure. When his transient uncle wanders into town for a brief visit, Nick is determined not to be left behind. Uncle Damian's wanderings have taken him lightyears from home, literally, and Nick wants to tag along. The galaxy is full of wondrous sights and astounding experiences, and Nick wants to see them all.

The Saga of the Stargazer begins here, an ongoing web serial about the adventures of Nick, Damian and their crew: bug-like aliens, non bug-like aliens, six-armed, bookish robots and more. Come along with them as they travel the galaxy, crashing (usually metaphorically) through a galaxy of adventure and conflict, meeting strange alien friends, making strange alien enemies, reconnecting with strange alien friends who yell and sometimes shoot at them, and any other such combination imaginable. The adventure starts here.
Subscribe 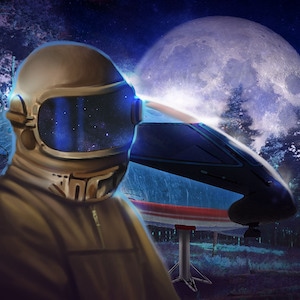