“Bring in the next to be judged.”

Lady Corvina, her dress in tatters, her face bruised, her arms in shackles, was dragged from the crowd and up the steps of the palace. The procession was slow and arduous, with the two guards having to practically carry Corvina, who was barely able to support her own weight. A tense silence fell as they struggled up the steps. Finally, they reached the top and Corvina was allowed to fall to the ground before Grand Duke Marshal and the Saintess.

“Lady Corvina Wyernmal,” pronounced the Grand Duke. He stood tall and strong, unbent by the eyes of thousands upon him and unmoved by the sight of his former fiance in such a state. “You are charged with gross crimes against the people of the Wyernwolf Republic. It is known that you, through your scheming, had the Sacred Forest razed to the ground, sent assassins after those who opposed you, sparked a war, and directly caused the deaths of many hundreds of innocent citizens in the Battle of the Quellinia River. All of this you did to prop up that tyrant of an Emperor and maintain your own power. What say you to these accusations?”

Lady Corvina did not even raise her head in response.

“Very well,” said the Grand Duke. “Then I have no choice but to sentence you to—”

A gentle hand was placed on the Grand Duke’s shoulder, stopping his speech. Saintess Anne stepped forward. Her long, wavy brown hair was tucked behind her pointed ears, proudly proclaiming herself an elf, something which would have been dangerous mere weeks before. As Anne gazed on Lady Corvina, her light-blue eyes were full of a compassion that recognized suffering and hardship, for she had known both herself.

Anne knelt beside Lady Corvina, placing a calming hand on her trembling back. “Dear Lady,” she said, “It hurts me to see you in such a state. I know, and I believe many others understand, that your actions were not entirely of your own choosing. Your father was a powerful man who demanded your loyalty and your sacrifice. He is gone now. You need not suffer anymore. Simply apologize, denounce your past self, and you, too, can find peace in our reborn nation.”

The Grand Duke sighed. “You waste your breath, Saintess. Corvina is a bastard with a soul as tainted as her blood. She’s too far gone, incapable of remorse. And her crimes are too great.”

Finally, Lady Corvina looked up. She looked past the Saintess, towards the duke, a spark of defiance still burning in her pale pink eyes. “And what of your crimes?” said Lady Corvina. “Should I tell them all you’ve done? Let them decide, between the two of us, who really deserves to be in shackles?”

The Grand Duke remained unmoved. “The Saintess knows all I’ve done, and has forgiven me.”

Lady Corvina scoffed, and turned her head to address Anne. “Do not insult me with your forgiveness, Saintess.” Her voice dripped with venom as she spoke the title. “I will not ask for it.”

“Saintess,” said the Grand Duke, placing a hand on her shoulder. “Your kind heart is a credit to you. It’s what gave you the power to save our nation. It’s why I love you. But if this country is to know peace, it must first see justice done.”

The Saintess nodded sadly and got to her feet, turning her back on the lurid scene.

The Grand Duke’s sword was swift.

“Bullshit!” Anne nearly threw the book at the ground, but resisted since she was currently walking home from a long day at work and throwing a book in the street would be littering.

Anne was a plain person. She worked doing data entry in an office, kept her hair short, never bothered with makeup, and wore the same white-button-up shirt/grey slacks combo every day. She was a plain, boring person living a plain, boring life. She didn’t have much of a social life, either. She’d lost touch with her family after they took her coming out badly, and she’d never really gotten the hang of dating. The only ounce of excitement in her day came from the fantasy novels she would throw herself into every moment that she could.

This particular book, The Foundling’s Wings had initially caught her attention just because the main character, Saintess Anne, had the same name as her. But as she worked her way through the story it had been the villainess who she had truly fallen in love with. In fact, she had come to love the villainess so much that it had soured the rest of the story for her.

Anne couldn’t say that Lady Corvina had done nothing wrong, exactly, but Corvina acted mostly out of desperation to stay alive in a world that was hostile towards her. But somehow it was only the other villains, who acted out of selfishness and ambition, who were treated as sympathetic by the narrative. The Grand Duke, one of the most initially vile characters in the book, had a full redemption arc, falling in love with the Saintess and switching sides in the civil war (abandoning his fiance, Lady Corvina.) Even the Emperor had been allowed a moment of clarity and regret on his deathbed and was forgiven by the Saintess (although he hadn’t bothered even trying to reconcile with his own daughter, Lady Corvina.) So why did Lady Corvina of all people have to die alone and unrepentant and abandoned and hated by everyone? It was bullshit. It was infuriating. Lady Corvina deserved better.

This is what Anne was thinking about as she waited for the pedestrian crossing light to change.

If I was the Saintess, I wouldn’t have meekly allowed the Duke to get his way like that. I would’ve found a way to save Lady Corvina.

Finally the light turned green, and Anne stepped out into the street. Lost in thought, she wasn’t paying attention to traffic.

The truck was swift.

Anne the office worker drifted in and out of sleep. In her dreams, she was typing on a computer, answering endless work emails, each one more annoying than the last. She was buried in seas of spreadsheets. She was reaching for a sip of coffee when suddenly she felt a gentle hand on her shoulder.

She spun around. Endless waves of brown hair. Pointed ears. Calm eyes, so light-blue they were almost the color of ice.

“Is it truly justice for a woman, trapped in a difficult situation, to die for the sake of a peaceful nation? Is it truly a victory for a heroine, the champion of the people, to step aside as a nobleman seizes power for himself?”

Saintess Anne turned her face away, looking into the endless darkness all around them. “I was always too scared to allow myself to ask these questions. And so I found no answers.”

“Are you braver than I?”

Anne the office worker bolted upright in bed. It took her a moment to realize it wasn’t her own bed.

Someone started banging on the closed door. “Saintess! Saintess, you’re late for the morning service!”

Saintess? Anne’s hands instantly went to her ears. Pointed. Her hands started running through her hair. There was so much of it. A gently waving brown color. She felt her face, although that didn’t give her much information. There were no mirrors in the room.

Cautiously, she got out of bed and went to open the door.

“Saintess Anne!” said the woman on the other side. This new woman was dressed in what looked like a fantasy cleric’s uniform. “You’re not even dressed! Hurry, I’ll help you get ready. The service can’t start without you.”

Saintess Anne. So it was true, then.

Anne the office worker had become Anne the Saintess. 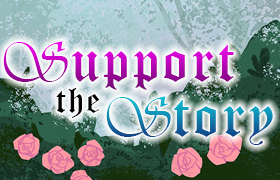 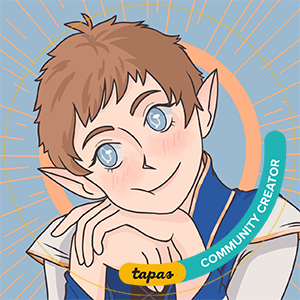 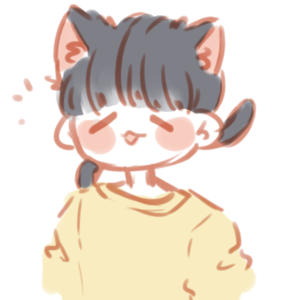 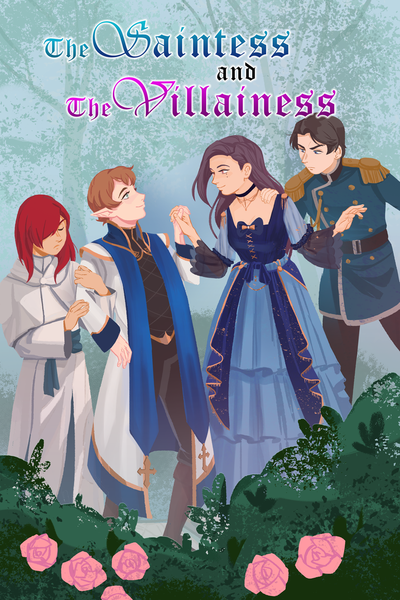 When Anne finds herself suddenly reborn as the Saintess, the main character of the novel she had been reading just before she died, she has no interest in fulfilling her original role as the heroine. Instead, she devotes herself to saving her favorite character, the villainous Lady Corvina, from her terrible fate. But she'll need Lady Corvina's help to do so.

Can the two work together to change their lives, and their nation, for the better? Or will the pull of the "original novel" prove to be too strong? 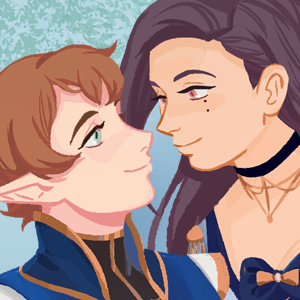