The Secrets of Lore Seymour

Hello, hello friends! Welcome to The Secrets of Lore Seymour. This is an Index page containing settings, terminology, and a pronunciation guide. I’ve often seen people requesting index pages for fantasy novels, so I made one.

Please don’t let this page overwhelm you because you don’t have to remember all this nor do you need to read this right now. Everything is introduced throughout the story. However, if you find yourself forgetting something or you've taken a break from the story and need some refreshers, you can jump back to this page and remind yourself!

Shrali - the mortal kingdom in which this story takes place.

The Holy Church - refers to the church of the Three Mothers. While it is not the only religion, it is the most practiced mortal religion worldwide.

Trinia - the main cathedral of the Holy Church, which is located in Rhamie.

States - are areas within the kingdom ruled by Lords, Ladies, or Lieges, often relatives to the royal family.

Silra - a state within the kingdom ruled by Lord Lore Seymour, one of our MC's.

Nosa - capital of Silra, the city near Lore’s estate.

Vexsis - the planet where vampires are from.

Istolon - the main vampire kingdom where the king presides.

Zulia - the capital of Istolon.

The Three Mothers - sometimes referred to as the Mothers or the Holy Mothers, it's the main religion of the mortal realm where followers/faithful believe there are three supreme beings who are the “mothers” of the world. Kaluya Goddess of Earth, Jasta Goddess of Sun and Maeita Goddess of Moon.

Elminore - the God of Chaos believed to be the creator of Vexsis, true ruler of the vampires, and an enemy of the Three Mothers.

Divinity - the Holy Church refers to magic and mana as divinity; a holy power gifted to them by the Three Mothers.

Casting - as the name may suggest, it refers to casting spells, but the Holy Church doesn’t like to use the term “spells,” so they just refer to it as a cast or casting.

Seraphic - a user of divinity. Typically every magic user is called a seraphic unless being spoken of by nonbelievers or they’ve committed a crime, in which case they’re called a mage.

The Prophet - this is essentially the sovereign of the Holy Church, kind of like the pope. There is only ever one and they are picked based on what they have achieved for the Holy Church. The Prophet signs off on holy missions and sees to running the church.

Ebony Hawinan - the first Prophet of the Holy Church who battled against the vampires during the Vampire Wars and came to a truce with their king, Morren Valyork.

Champions - these are the elite warriors of the Holy Church, those who have proved themselves in battle against vampires and nonbelievers. Champions often control their own legions so they’re sort of like war generals. They are only beneath the Prophet in terms of power and prestige.

Paladins - these are warriors just beneath Champions, those who have seen battle and proved themselves but may not have as much divinity or experience needed to be a Champion. Paladins often run squadrons for jobs that require less people or go out on lone missions.

Holy Knights - these are the general warriors of the Holy Church who may or may not possess divinity. They’re tasked with basic jobs such as watching after civilians and standing guard. They’re like police officers for the Holy Church and do not work for the nobility.

Priests - priests do not fight. Their job is to heal people spiritually and physically. They give sermons at the churches as well as attend to the sick and injured. Sometimes they join holy missions, but their primary job is to heal injured paladins, holy knights, civilians etc.

Clinicians - the researchers of the Holy Church. They try to understand divinity better while also attempting to strengthen the members through research. They only ever see the battlefield in order to retrieve corpses to test on and often spend their days in the grand library of the capital.

Surveyors - exactly as their name describes, surveyors travel the continent in search of seraphics, illegal vampires, or troubling activities that the church should handle. They record every act of divinity and determine whether the wielder should join the Holy Church or not. If not, the seraphic is registered under the church should they ever decide to call upon them for help. All illegal activities are also reported to the church to determine if they should get involved and who they should send.

Faithful/Followers of the Mothers - these are the people who worship and practice the teachings of the Holy Church.

Celestials - they’re referred to in ancient vampire texts, speaking of a vast cosmos made up of enormous power and energy. There were three of them orbiting one another and traveling across the skies of Vexsis, emitting huge radiation levels, but Vexsis was far enough away not to be affected by it.

Nectar - refers to human blood because it tastes much sweeter than vampire or animal blood and strengthens them. However, it's also addictive. Vampires can go mad from drinking human blood if not taken carefully.

Warlords - giant mechanical suits that vampires often use in battle against mages.

Trait - vampires and dhampir cannot use magic, but each vampire/dhampir has a unique ability that only they can do (examples: fire control, telekinesis, etc.)

Morren Valyork - the vampire king, who has ruled for almost 2000 years so he was king during the Vampire Wars and remains as such now.

Vampire - vampires come from another world known as Vexsis. They are sensitive to sunlight on earth since it is a different light than from their world, however, it doesn't kill them. Sunlight does irritate their eyes and skin. UV Ray lights that are up close and held to their skin for long periods of time can cause burns. Vampires born on earth aren't as sensitive since they're accustomed to the light. They have above average strength, speed, and agility, as well as prolonged life. Natural appearances of vampires consist of flawless skin due to their healing abilities, fangs, pointed ears, long nails, and abnormal heights (around 7’0”). Their eye colors reveal their strength. Light red is rather weak, almost as weak as a mortal. Red is the most common and it’s average among vampires. Orange eyes are often part of the aristocracy or come from a powerful lineage. Golden eyes are the strongest and live the longest.

Dhampir - those who are half mortal and half vampire. Condemned by both sides more often than not. Dhampir are often slightly below the height of vampires and their eyes can consist of any mortal color and any vampire color. Unlike vampires, they can and will scar if the wounds are deep or even repeated. Their ears aren’t as pointed either, but they have the same fangs and neurotoxin. Like vampires, they also can't use magic, but they do have a trait.

The Gateway - a tear in the sky stretching for miles that links Vexsis and Earth. It can be crossed by airships and rests not far from the mortal capital of Rhamie.

Magic, mage, mana - self explanatory, but all these terms are used by vampires and any of those who do not follow the Holy Church. Magic is also not something people can learn. You're either born with mana or without it. However, those born with mana can train to have more and become stronger. Magic has four colors to denote the strength of the user, a lot like vampires and their eye colors. The weakest color is white, used by most who aren’t trained. Silver is second, most often used by members of the Holy Church. The third is gold, used most often by well-trained seraphics and very high members of the church. The strongest is a mixture of all three, which only a few have mastered and one must have in order to become the Prophet.

The Vampire Wars - refers to the war between mortals and vampires almost 1000 years ago that lasted 53 years. Since then, there has been a tense truce between the realms.

Blight - refers to the toxin created by both vampire and dhampir that is injected through their fangs when they bite. It paralyzes animals in Vexsis, does not affect vampires or dhampir, but for humans it’s a euphoric and outlawed drug.

Red Moon - a terrorist group operating on Vexsis and Earth that frequently attacks both vampire and mortal nobility, as well as the church. Also refers to the moon in Vexsis, which is actually red.

Again, please don't let this overwhelm you. This is meant to be a page people can jump back to if they've taken a break from the story or simply forgot something in the novel. If there's something you see in the future that you think should be added, let me know. 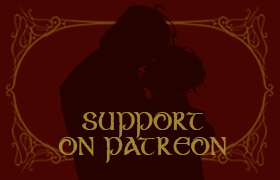 First three episodes will be posted tomorrow! ^_^ It'll be updated twice a week on Wednesday and Sunday with one episode per day. 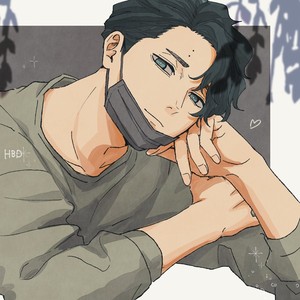 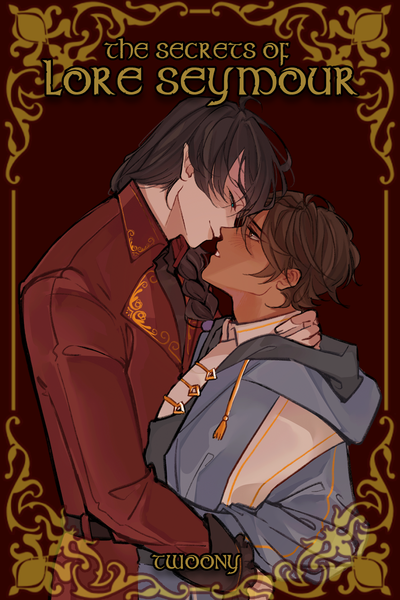 The Secrets of Lore Seymour

After uncovering a series of grisly murders, the Holy Church sends Seren to investigate one of their prime suspects; a mysterious dhampir named Lore Seymour. Although a seemingly kind man and wonderful father, Lore's life is a riddle overcome by tragedy that may or may not have come by his own hands. His actions are an enigma, often pushing Seren away while also dragging him closer.

Through time spent together, Seren begins to see Lore, and his wacky family, in a different light. Could it be that the church sent Seren there to set Lore up? All that he has been taught by the church, who saved him from a gruesome fate, starts to sound like a lie, but the life of a paladin is all Seren has ever known. As suspicion fades and love blossoms, Seren's forced to test not only his faith, but also his entire purpose in life. Can he truly set aside his grievances against vampires to love that which he has been trained to kill?

Warning: This story will bring up troubling topics such as child abuse, spousal abuse, sexual assault, suicide, murder, drug use, manipulation, brain washing, and just over all bad. I will leave warnings on chapters that contain triggers. 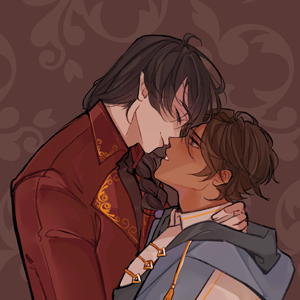