According to Greek mythology, humans were originally created with four arms, four legs and a head with two faces. Fearing their power, Zeus split them into two separate parts, condemning them to spend their lives in search of their other halves.
– Plato, Symposium

Two Glows shone bright, and the two embraced ten feet away, crying into each other’s shoulders; they’d been waiting for this moment their whole lives. But Dylan Matthews rolled his eyes, flipped them off under his desk, and looked back at his horror novel instead of his work.

Polite applause followed a moment after, and Dylan succumbed to an involuntary rush of anxiety in his chest, his green Glow peaking out through the neckline of his shirts. He glanced out the windows twenty feet away from his cubicle and groaned.

The curtain of rain slapped the floor-to-ceiling glass panes. It distorted the view of heavy traffic right under them, yet the neon signs of the restaurants and shops across the street glowed brightly against the dismal scene.

“Matthews,” came a voice. His eyes heavy, Dylan turned his head and glanced through his bangs up at the broad-shouldered Jacob Stevenson. “You awake?” he asked. Stevenson didn’t wait for a response. Dylan’s supervisor dropped the three binders of someone else’s work on his desk. “You’ve been promoted.” His tone was flat.

Dylan picked up a binder and looked it over. “Wait. I thought Atchison was web-designing it.”

Stevenson’s eyes dropped. “She’s on…sick leave,” he said. His eyes returned to Dylan. “You’ve been here about a year, and you’re still unable to keep up with deadlines. Don’t fuck this up.” He began moving off before turning back to Dylan; he pointed his finger and glared. “And I don’t want you here past nine anymore. You have a home. Go to it.” Stevenson stepped back from the edge of Dylan’s cubicle and headed towards his office.

Dylan swallowed, his jaw tensing as he brushed his charcoal-coloured hair back up and over his forehead. He sighed, a burning pain behind his eyes.

And he succumbed to another involuntary rush of anxiety through his chest, this one pounding. His heart hurt, and his lungs froze for a moment. Dylan whimpered for a moment, and when it finally passed, he sat back in his chair, breath heavy.

He cursed his life through his teeth.

By ten o’clock that morning, the team in charge of the ‘Tully Tiles’ campaign gathered in one of the monotonous windowless conference room to go over their notes.

Somewhere in the alley, a car’s horn bled through the cinderblock walls of the building.

Dylan opened the door with his foot and kicked it open, the three binders and his laptop tucked under his arms. Inhaling the stale air, he stepped in and pressed the door closed with his back.

“Dylan?” accountant Chris Walton asked, walking towards the struggling man. They had already been informed of Atchison's departure.

“I can do it,” he hissed, but Chris grabbed his laptop and two binders from him. Dylan groaned and sat down across from him.

Amber Lawson, the only woman in the room, smiled and whispered, “Hi, Dylan,” before looking back at her work.

“God, your eyes,” Chris noticed, leaning forward over his financial analysis papers. "When was the last time you slept?" The only response Dylan gave was a glare. Chris had asked one too many times about the deep-coloured rings that hung under his brown eyes. Chris's hands wandered across the table towards Dylan’s outstretched fingers. “Are you okay?” Chris asked.

Dylan opened his mouth to retort, but another wave of anxiety washed through his chest, this one forcing the air from his lungs. "I'm fine."

Another wave stopped him from immediately responding, this one like someone taking a sledgehammer to his chest; Dylan growled. “I’m sorry, is my insomnia funny to you?” he asked.

Bryce's grin shrank and he recoiled.

"He was only teasing," Chris whispered.

Dylan threw open one of the binders and sat down at the table. "Just tell me where you are so I can catch up." It was only when he began reading the binder's contents, flipping through the entirety of the first binder, when he said, "This is all worthless to me." Pushing it to the middle of the table, Dylan opened his laptop and began typing, his fingers aggressive against the keyboard. The table shook.

The well-deserved break in the centre of the day brought Dylan, Chris, and Amber together in the Break Room on the third floor – a quiet, windowless room with muted colours, a faded carpet, scattered tables with metal and plastic chairs, and three vending machines – one floor down from their cubicles.

"We get to work together again," Amber hummed, taking out her sandwich. "It's been...what, half a year since 'Charlemagne'?"

Dylan cracked a smile. "I can never live that down," he said. He waved the slightly soggy sandwich he made that morning in her face. "Don't remind me."

"You never did like the colour pink before," Chris said, snorting.

"God," Dylan breathed, shuddering. "Don't remind me." He took a bite of his sandwich, his skin shivering in disgust. And then was immediately followed by a wave of anxiety. "Fuck, I hate my Glow."

Amber put down her sandwich and reached across the table. "You're still wearing those?" Dylan leaned out of her reach. She sat back and sighed. "Dylan – "

“I don’t want it to matter for me at this point,” Dylan said. Glancing down, feeling another tinge of anxiety in his chest, he tugged on his shirt collar, lifting both his button-down and his Glow-Inhibitor undershirt and revealing a soft forest-green Glow emanating from his chest, up his neck, and towards his chin; he sighed exhaustedly and the shirt collars snapping back into place, continued eating. “A Potential Soulmate’s nearby.”

Chris glanced around the room, eyeing three other people from different departments. “Where?” he asked.

"Does it matter?" Dylan snapped.

But the remainder of Dylan's retort stopped when he heard his three favourite words mentioned in whispers – "defective, False Alarm" – at a table close by. He sighed and ran his fingers through his hair. 'I should be used to it by now,' Dylan thought, except he never knew when this would actually be true.

Amber sighed. "They know you're right here," she whispered, side-eyeing them as she opened her pop, the carbonation hissing. "That's just rude."

Dylan shook his head. ‘It's just the world we live in.’ But he stood up and turned, walking over to the table and pressing his hands firmly on the table. "If you shits have anything to say about me, say it to my goddamn face."

One looked away in embarrassment while another watched him warily. “I just – ”

“I was wondering what it’s like.” There was this earnestness in their voice.

And Dylan roared into a fury.

“Woah,” came a voice, a hand falling on Dylan’s shoulder. He turned and caught Bryce Houghton’s brown eyes staring at him. “You look ready to snap.” Bryce moved forward and stood as a barrier between the infuriated Dylan, whose nostrils flared in frustration, and the two confused and possibly frightened coworkers. “You okay?” he asked, hand still on his shoulder.

Dylan shied away from Bryce’s touch and turned, ready to return to his lunch. Another wave of anxiety washed through him, this one threatening to pump his stomach of his meal. But then he smiled and asked, “You know what it feels like?” 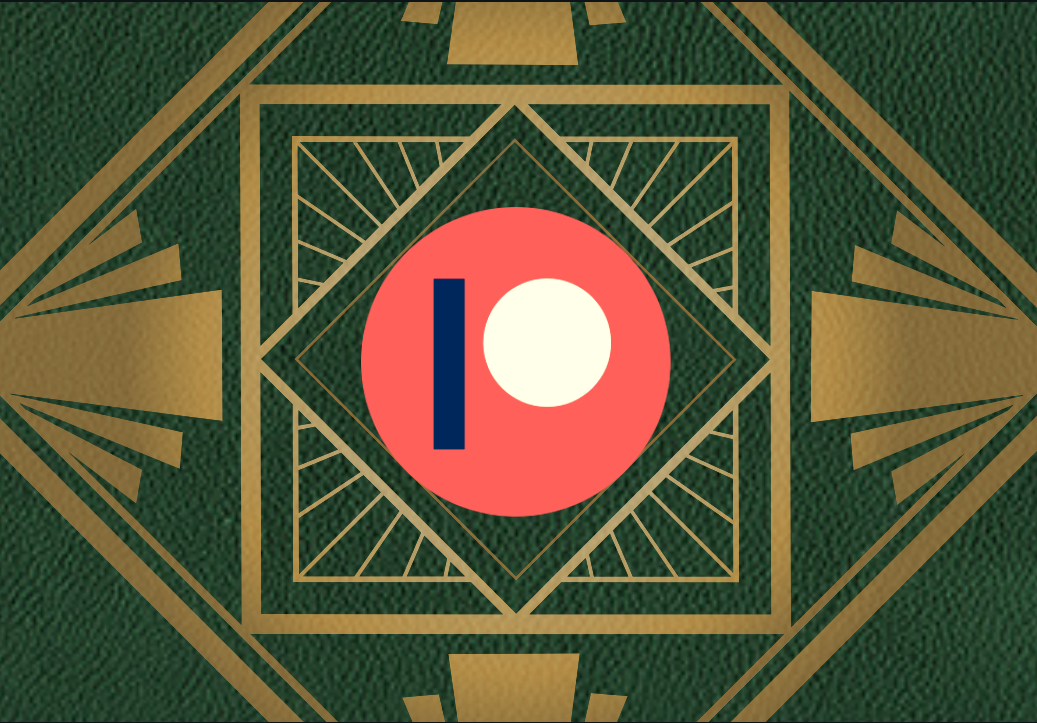 if you're curious, extras for this story can be found here: https://tapas.io/series/The-Soulmate-System-Extras

Dylan's such a bundle of joy, isn't he? 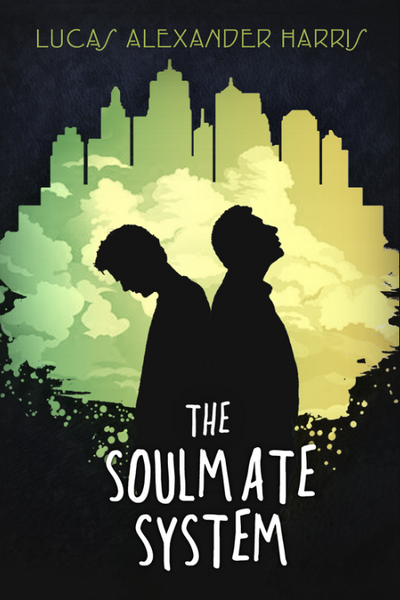 [ A VERY Slow-Burn, LGBT+ Soulmates Romance ]
Dylan Matthews never wants to meet his Soulmate. So, when the inevitable finally happens, he expects to continue his life of obscurity, alone. Instead, he gets an awkward waltz of self-reflection, resistance, and lots of sarcasm. And hugs.

In a world with Soulmates, Dylan Matthews does not share the rose-coloured glasses everyone else does; he never wants to meet his Soulmate. Mercilessly mocked for his Glow anyway, he's content with his life of pushing people away, wishing he could be a writer, and keeping his head low at his job as a website coder.

The problem: he doesn't get to decide if they meet or not, so it becomes a matter of waiting so he can outright reject them.

One work trip and a blackout later, Dylan cannot escape his Soulmate no matter how far he runs; he works with them. He's ready to push them away, but can't. Something inside him, along with the dreaded Glow Feeling, wants to see this crash and burn on its own. Yet mistake after mistake, Dylan finds himself in an awkward waltz with someone just as broken as he is.

Will Dylan push his Soulmate away, or will the New Soulmates heal their pasts?

"The Soulmate System" is the set of 31 combined rules, sub-rules, and overarching themes that determine who, how you will find, and live with, your Soulmate, starting with a simple coloured Glow from your chest... 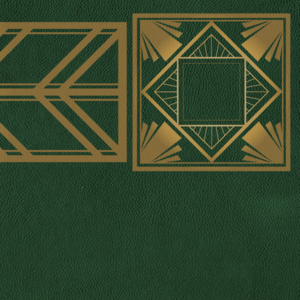