The Start of the Adventure (dnd one-shots)

Soft satin gloved hands grabbed the rough lose fitting clothes, clutching the items to her chest to try and hide them from being discovered. The clothes, the prize she carried, didn't look like much, but to Victora, they meant freedom. With them, she could sneak out, and do the one thing she had always wanted to do, explore. But of course, being a noble, she couldn’t. Victoria dreamed of exploring caves, finding hidden treasures, defeating monsters. But as Mother said, Victora's place was in the castle, to be a good little girl. Victoria didn't like when Mother said that…something felt off about it.

But, that was no concern now. Now, Victora had to get the clothes back to her room before Mother, or one of the guards for other nobles saw. That could get her in trouble with Mother, and she didn't want that. Last time that happened, Well…it didn't turn out great. Thinking about it makes her cheek sting with the memory. It wasn't a pleasant one. Victoria was glad when she saw the door to her room up ahead. She opened the door and quickly ducked in.

Victora, now safe from prying eyes, put on the garments she stole. The shirt fits loosely, hiding her curves. The hat hid her hair from sight and made her face look more manly. Her pointy ears stuck out from the hat. The whole outfit made her look like a boy. Victora liked looking like this, it was so much different then the frilly dresses that Mother wanted her to wear. It felt right. But no time to think of that now, she needs to leave now.

Victora stared at the fresh bread out for sale. she could smell it from where she stood, the smell mouthwatering. she should have bought some food with her. or some money. But, it's fine. it’s not like she forgot to eat breakfast or anything.

"You looking to steal some bread? I can see you eyeing it."

"sorry for scarin’ you kid, my names Ashur." This came from a purple tiefling, looking to be a couple of years older than her. Victora couldn’t tell what gender they were, they didn’t look or feel like anyone she had seen before. Their hair was mostly hidden under their hat, and they were wearing a lose-fitting shirt and a worn pair of brown leather boots. Their tail flicked back and forth, waiting for a response.

"U-uh, I’m, uh," Victora stuttered, not knowing what to say. She couldn’t use her real name, but her brain was blank on a name to use. "V-varis..?"

There. That wasn't so hard, was it? Victoria thought. could be a lot worse. i could have named myself Hampton or  Edward something like that.

"nice to ya Varis. I haven’t seen you around before, you new to the city?"

"Fair enough. You're not a murderer though, right?" the tiefling said, half-joking.

"what- Of Course Not!! why would you think that!" Victoria said shocked. Why would they think she would do something like that?

"Relax Varis, I believe you. I cast Zone of Truth, you couldn’t lie even if you tried! Now I know your not a murderer, want to come and join my party for a bit? You might like them." Asher motioned for me to follew them and started walking.

Asher and Victora stopped at an old run-down building, several windows broken and boarded up. It was early afternoon, both teens haven wanderers about and chatting. The door to the building looked fine, abet well worn. Asher opened the door and motioned for Victora to follow them. Victora stepped into the building, looking sound. The inside was much better then the outside, even with things taking up most of the space in the room. Sprawled on a raggedy old couch were 3 beings. They looked like a motley crew, all being of different races. Asher spoke, intending to introduce Victora to them. "This is Harper,"

"Hiiii!" The halfling started to bounce excitedly, waving her arms to greet me. She seemed hyperactive, it was already a little hard to handle.

"And this Lucas," The Dragonborn nodded, an opposite to the halfling next to zem.  Ze felt calm and quet, a commanding presence.

"Hello, as Asher said, I am Elijah. What’s your name?" Elijah looked to me, expecting an answer.

Elijah grinned.  "You up for some Chaos?"

The party ran down the crowded streets, doging people going about their business. "Darn it Lucas, you almost dropped the bread!"

A muffled “Sorry” came from the Dragonborn, carrying most of the stolen goods. on zems back was Harper, eating a loaf of bread with vigor. "Yummy!"

Asher ran beside the halfling and the dragonborn, also holding some food as well.

"Better book it mates, I dont think their friendly!" the guards chasing them did not look friendly, infact they looked murderous. Varis looked back quickly- a big mistake. "I think they’re caching up!"

"Well, That's not good!" Asher exclaimed. the rest of the party seemed to share that sentament. They all darted into an allyway, and the gaurds didnt spot them. Varis sighed, glad to be safe for the momnet. They all stood on guard however, when a trumpet sounded. Watching from the allywy, Varis saw the head guard walk past. That cant be good. Varis gulped. He didn’t want this to end, to go back to frilly dresses and stuffy people. They wanted to stay with asher and the rest, even if for a bit longer.

“Woh, is that the head guard? Want to check it out?”  Harper asked. The rest nodded in agreement, forcing Varis to have to see as well.  Darn it. Harper took Varis’s arm in hers, and lead him out into the street. Probably not the best move, but thankfully the gaurds were too distracted by their leader to notice. The gaurd cleared their throat and then spoke.

“This morning, the princess Victora has vansised. We suspect someone kidnapped her and is holding her for ransom. If you have any leads to the whereabouts of the princess, we will give gold in reward. Thank you.”

Elijah piped up, saying, “I wonder how they did it in the first place, I thought the palace was impossible to get into?”

Asher was the last to speak. “Well, it’s not our problem. We should go back, don’t want those gaurds finding us again.” The party turned and started going back, dispursing witht the croud. Varis- no, Victora stood still, deep in thought. Should she go back? If she did, she would have had everything again, even with the frilly dresses, nd the parties, and her mother. Now that seh thought about it, why did she like it out here so much? I wasn’t the food, she had better scraps, and the smell was not great. She couldn’t even be called by her real name. She should just go back.

“Varis?” Asher had turned sound, and saw Victora hadn’t followed them. “You followin?”

“Uh, yeah. sure.” Varis spoke, smiling. I guess I do have a reason to stay. Varis and Asher ran to catch up to rest of the group. He hoped that tomorrow was as interesting as today. 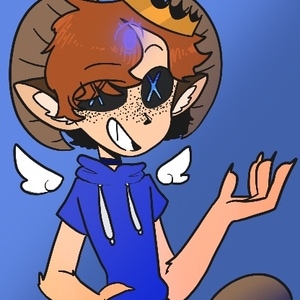 I wrote this for an assessment for school, and also to work on the backstory for my dnd character! This is one of the first thing I have written in a while, so feedback is appreciated! 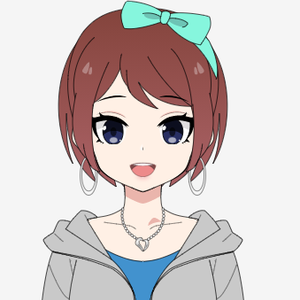 Ezzy of the May

It looks cool! Could we see more? *vibrates with contained excitement* 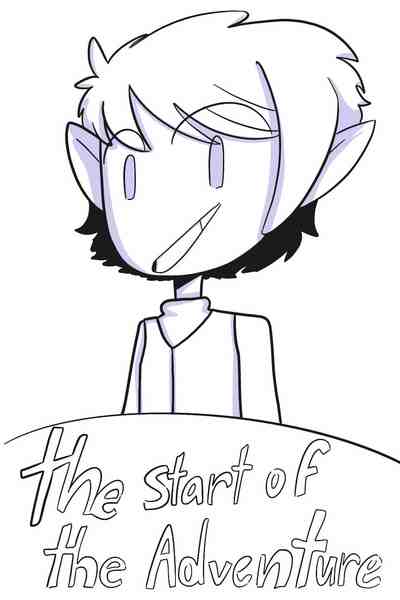 The Start of the Adventure (dnd one-shots)

Victoria is a royal in the land of ingus, but she as always wanted to see the greater world!

A one-shot for my school, and I’m very proud of it, I hope you like it as well!
Subscribe 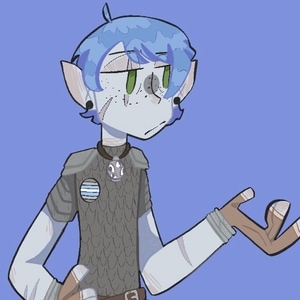