Nicolas came running out of the bathroom, tripping over a pair of shoes he had left in the middle of the carpet the day before. “Shit!” he muttered, catching himself on the wall, dropping his phone in the process. He sat down to put his shoes on, the way a child would, and snatched his phone back up in the process.

Clarissa sat on the bench next to the door. She had been ready for the past two minutes.

“I can’t believe they’re throwing me a surprise party,” Nicholas said as he struggled to untie the double knots from his sneakers, stuff his feet in and retie the laces (with double knots of course) as fast as humanly possible.

“I tried to talk them out of it,” Clarissa said sympathetically. She had also been the one to tell him about the surprise party because she knew he would hate being surprised. I know this because I know him, she said to herself firmly.

A honk came from out on the street. “Shit!” Nicholas muttered again tying the last knot. “Do you know where my keys are?” he asked, turning to her.

“Catch,” she said, tossing them to him. She had found his keys because she knew he would forget them. I know this, and I know him, she thought again.

Nicolas caught the keys, then did a double-take, staring at her shirt. Clarissa blushed. “I forgot to do laundry before I packed, and I was a few shirts short, so I borrowed one of yours from the back of the drawer. I hope that’s fine.”

He just stared at her for another moment.

“I can change if you want,” she said, now getting actually nervous.

“No, no,” he said with a blank and far-off look in his eyes, “it’s not that…” Another honk from the parking lot snapped him out of whatever daze he had been in. “Aw, fuck,” he said. “I’ve really gotta go.” He sprang up and started to run out the door. At the last minute before the latch clicked shut, he pushed the door back open and popped his head in. “See you there!” Before Clarissa had the chance to respond, he was gone.

She watched out the window as Nicolas dashed across the motel parking lot to the black, early 2000s BMW sedan his brother, Pat, waited in. Nicholas hopped into the passenger seat, and Pat immediately gunned the engine and sped out of the parking lot at a truly terrifying speed.

Clarissa had only known Pat Losa for one day, and she already knew the two golden rules of interacting with him: never call him by his full name, and never get in his car.

Clarissa triple checked that she had everything, (wallet, room key, phone, present, card, hostess gift, chapstick, pocket dictionary, tissues, notebook, pen, breath mints, epi-pen, bandaids, all there) before leaving the motel room to walk to the much more sensible rental car she had gotten for their week in California. Nicholas had said it would be a waste of money because his family could just drive them everywhere, but Clarissa had said she felt better knowing she could drive herself anywhere she needed to go. Now having met Pat, she felt very confident in that decision, but she still tried not to think about that argument like she tried now not to think about the t-shirt.

It was probably nothing, she thought as she got into the car. He was probably just surprised. He hasn’t worn that shirt in so long he probably just forgot about it. In fact, Clarissa wasn’t even sure she had seen Nicolas wear the shirt once in the entire six months she had known him. She had the sudden urge to run back into the room and change, but she shut down that train of thought and turned on the engine. It would be weirder if you changed, she reminded herself.

The truth was she had not forgotten to do laundry. Clarissa had never once forgotten to do laundry in her life. Really, she just wanted to wear one of his shirts as a physical reminder that they belonged together, that she was a part of his life. It felt stupid in hindsight, but there wasn’t much to do about that now. That was something she had discussed with her therapist in their last session, not spending too much time beating herself up over little mistakes. That’s what borrowing the shirt without permission was: a little mistake. It was stupid, but ultimately, it didn’t matter.

The engine of the renal car started beautifully on the first try, a nice change of pace from the old lemon she shared with her friends back at school. When she had sprung an extra ten bucks on the nicer car for the trip, Clarissa had been picturing a glamorous week of vacationing in California that would make the nerve-wracking experience of meeting her boyfriend’s family and old friends much easier. What she had failed to take into account in this fantasy was that there were parts of California outside of San Francisco and LA. As Clarissa followed the GPS instructions from the Motel 6 to Nicolas’ parents' house, she couldn’t help but notice that the suburbs she was passing looked nearly identical to the small town she had grown up in in Missouri. If anything, it might be even browner and colder.

Clarissa pulled onto Greenwood Drive and parked in front of a house a few houses down, just like Mrs. Losa had told her to. They were all supposed to park in front of other houses so that too many cars out front of the Losa house wouldn’t give away the surprise. Clarissa had already given away the surprise, but the rest of them didn’t know that.

Clarissa turned off the engine and wiped her sweaty palms on her jeans. I belong here, she thought. We have been dating for five months. I have been part of the planning of this event since the beginning. He invited me. They all invited me. “I belong here,” she said out loud, and she stepped out of the car.

Clarissa had spoken to Nicolas’ family before over the phone from school and over email while planning the party, but this was her first time meeting them face to face. They had originally planned to meet up for dinner the night Clarissa and Nicolas got to California, but their flight had been delayed, and the traffic on the way from the airport had been bad, so the only one still awake to greet them when they finally got in close to midnight had been Pat, who had taken them out to a PizzaHut that stayed open all night. There were two consequences of this: Clarissa eating the worst vegan pizza of her life after a full travel day and throwing up in a motel bathroom, and her having to meet Nicolas’ family for the first time on her own. 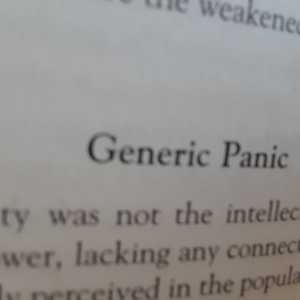 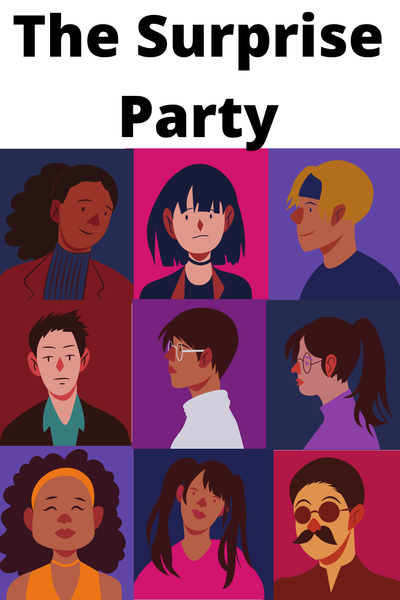 Nicolas's friends and family have all planned a surprise party for his 25th birthday behind his back, even though he hates surprises. The worst part of this whole situation though is that he now has to watch his new girlfriend who has only seen the side of himself he shows at school meet his friends from home who only know the person he used to be.

Add in a t-shirt borrowed without permission, and an old friend who reappears after over a year of no contact without warning, and the entire situation is a recipe for disaster.

Trigger warning for discussions of addiction and mental health issues. The episodes that are marked as mature are the ones where these themes appear most heavily.
Subscribe 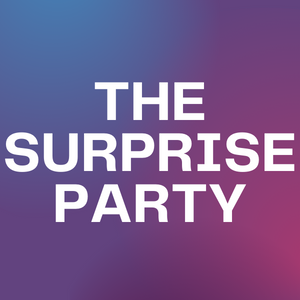