The Underworld's Not So Bad For a Human Like Me!

“And that, Seiraig, is why my clan is just so much better than yours!” Milicar proclaimed, “I mean, really, when’s the last time the Baal clan actually went and did anything!”

“And what, pray tell, does this ‘anything’ consist of, Milicar, last I heard, the Asmodeus Clan was too busy sitting on their thrones to even bother coming to see us ‘commoners’”

As the two Kings fought and bickered amongst themselves, a young Leviathan crawled out onto the scene. She was young, not so young that she couldn’t hold up her own head, but young enough so that she wasn’t allowed in the conversations of the grown-ups.

Even still, the young Leviathan wandered in and looked at the two Kings bickering and had to stifle a laugh.

The two Kings and all of their loyal servants looked over at Leviathan, who at this point had stopped laughing and stared innocently at King Baal, then to King Asmodeus, “Hello, Mister Baal, Mister Asmodeus!” Leviathan said.

The two Kings looked to each other for a moment, before looking back over to Leviathan. It was clear that sweat was forming on each of the King's brows.

Before either of the King’s had the opportunity to speak, a young-looking woman appeared, picking up the young Leviathan and giving a small nod to the two King’s.

“Apologies for Leviathan, I looked away for a moment and she was gone,” The woman said.

“Ah, not to worry, Moira, the Gremory Clan has been taking care of all the new Devils recently, it’s nothing to fret over,” Seiraig replied.

“Misses Gremory!” Leviathan exclaimed, soon clinging to Moira, “Did you see Mister Baal’s Wings? He has six of them!” She whispered into Moira’s ear.

“Ah, leave it to the Gremory Clan to pamper and spoil all the younger Devils, really, nobody’ll learn or grow properly if you keep that up!” Milicar proclaimed, “If Leviathan was under the supervision of the Asmodeus Clan, perhaps…”

Moira glared at Milicar, “Don’t be ridiculous! As the Duchess of the House of Gremory, I’m perfectly capable of such a task!”

“Well, you know she’ll grow to be one of the Chiefs of the Devils, she needs a strong role model, not a guardian of a no-name House whose only claim to fame is fraternizing with the adopted members of their House,”

“Milicar,” Seiraig murmured softly. His voice was quite deep, actually.

“What? It’s true, they take in any human off the streets they can find to do- who knows what! Their bloodline must be so diluted nowadays, what a shame too, the Gremory Clan used to be able to claim a spot at the side of the Asmodeus Clan, but times have changed, it seems, we Devils have become so soft in recent years…”

“Milicar!” Seiraig said again, louder this time, “That’s enough, we can’t devolve into an argument like this, you know where the Duchess of Gremory stands on Leviathan’s guardianship, and you know where the Great Lucifer stands on it as well, I’d suggest you hold your tongue,”

Milicar scoffed before turning his attention back to Seiraig, “Sure, sure, whatever you say…” He murmured.

“Are you having fun watching the grown-ups talk, Leviathan?” Moira asked in the sweetest voice one could possibly muster.

Moira laughed along with Leviathan, “Isn’t he?” She said before glaring daggers at Asmodeus for a moment, then turning her attention back to Leviathan.

Leviathan did a silent cheer, throwing her hands in the air before following Moira along to a separate room.

Leviathan yawned and gave a satisfied smile to Moira, “Thank you Misses Gremory! That was a very yummy meal!”

Moira gave a smile in return, “You’re quite welcome, Leviathan, now run along to bed now, I still have some things to tend to, I’ll see you again in the morning,”

“M’kay, Misses Gremory! Goodnight!” Leviathan exclaimed before trotting off down the stairs, disappearing into the darkness.

The hallway to Leviathan’s room was damp and dark, but her room itself was… Surprisingly human, she had a very human bed, with a very human amount of decorations and posters hanging along the walls, including a painting of Duchess Gremory.

However, something was out of place, as Leviathan entered her room, she saw King Asmodeus sitting on her bed.

“Greetings,” Milicar said, “How are you tonight, Leviathan?”

“Ah, what did they feed you this time?”

“I can see that! Someday you might even get to my height!” Milicar said, “Mm, would you like to see something cool?”

Milicar smirked before pulling a small ring, “This is a magic ring, it’s far too small for me, but I think it’d fit perfectly on you!”

Leviathan looked at the ring before looking back at Milicar, “Can I try it on? It’s really pretty! I wanna wear it around and show Misses Gremory the ring!”

Milicar helped Leviathan fit the ring on her finger, to which Leviathan admired for a moment. Leviathan, without giving Milicar any more attention, trotted off to show Duchess Gremory her new ring.

However, as Leviathan exited her room, a sharp pain began to radiate throughout her entire body, starting from the ring she was given.

Leviathan fell to her knees, and her voice began to fail her, she couldn’t even cry out for help. She was stuck.

Milicar came over to Leviathan and kneeled down, “It’s a shame such a young Devil such as yourself had to get involved with the affairs of the adults,”

Milicar then began to laugh to himself before promptly exiting Leviathan’s room and escaping through the hallway.

Leviathan is a future Chief of the Devils! She's training really hard to live up to her duties, however, where there lies a way to gain power, there lies those who seek to gain. 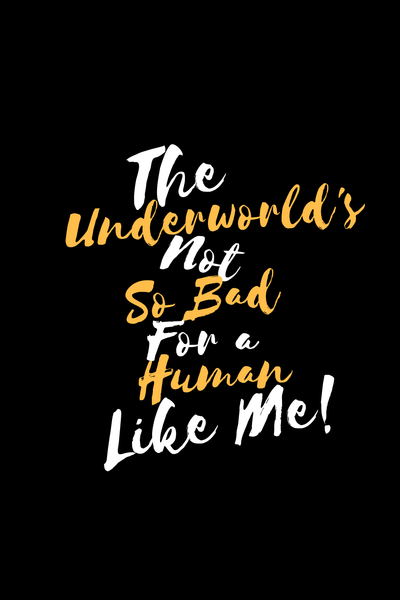 The Underworld's Not So Bad For a Human Like Me!

Heaven and Hell are truly real, and the Devil's in Hell aren't exactly cooperative with one another, with the constant infighting, there's only one way things can go.
Subscribe 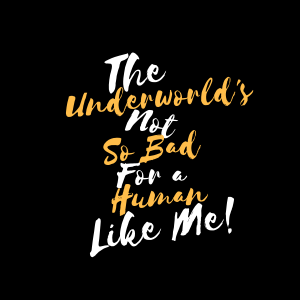