The key of animus

I was surprised when my father dramatically talked to me about legacies and such but when he elaborated I became terrified.

UGH. It sounds ridiculous to even say it...

Legacies aren't things normal 15 year old American girls should get. That sounds more like a fantasy setting for a book or movie, where the protagonist receives a fantastical power and goes on a quest to defeat a dragon and save a princess or something.

My jaw was about to fall off when my father continued talking in an oh-so-serious tone about things that sound bat-shit crazy. Things that seemed like the ramblings of a schizophrenic patient about to lose their minds.

"Your legacy Adolpha! Yes... It must be surprising for you although you must have felt it today! I don't know what your GIFT is but it must have made itself apparent!"

"What are you even talking about Dad!? What gift? I haven't gotten anything!" I said, probably in a scared tone as I was thinking my father had gotten dementia while I was at school!

Let's back up a bit.

My name is Adolpha Gray. I used to think I was a normal 15 year old girl living her life in Hillsborough Meadow, a little town in the middle of nowhere that I grew up in and have never left.

Today, the 25th of November, the sun gave off a faint glow as the multicolored gleam of a rainbow marked the sky and reminded me that as beautiful as rainbows are it sucks that it has to rain for one to appear. And it sucks even more if while it's raining you have to catch the school bus.

I try not to stand out too much, in general, but it's really hard when you are a ginger, short and -blessed- with an awfully freckled face you could mistake for a Jackson Pollock abstract painting. The name Adolpha also does not help.

That's what you get from having hippie parents.

Supposedly it means "noble wolf" or something in old Germanic and my father, the linguist and European history nerd looked really proud explaining it's origins when I returned home after a bad wedgie that came from the school troll.

Gosh, I hate that little... ahem. But yes, today was no exception as the school wanna-be troll, Karen, a 6 foot-tall giant armpit stain with greasy black hair that would bully innocent kids and steal their lunch, took notice of me being soaked by the rain.

"Girl, you gotta try putting on less deodorant, it DOES NOT work. And it makes you look.... Moist." Karen exclaimed loudly with a sarcastic and overly satisfied expression when I walked past her.

I gave her an angry look but didn't respond.

I know better than to feed the troll.

I reached the furthest sits in the back of the school bus. We called these sits the "observatory" since we can observe the twitty little chit-chat of the whole class from there.

By we I mean my friend Mark and I.

He is a year older, has a sturdy and bulky physique with a chubby belly and usually wears baggy sweatshirts and jeans. Today he also smelled like freshly baked bread. He must have been working with his father since 5 am at their bakery, although he looked very refreshed.

"Random catchy line" he said with a stupidly familiar grin on his face as he pointed out my, let's admit it, edgy black shirt with that printed on it.

"That's a good one Doll but check this out!" He continued, proudly emphasizing his own weird shirt reading, I DO NOT DIE, I RESPAWN.

Damn, his was better than mine.

"That's one nice shirt Mark! I bet you'll be wearing it later at the Play n' Cake later?" I enthusiastically said to him, and kinda edged him to say yes.

I loved Play n' cake. An internet cafe with the best WiFi in town, massive water cooled PCs with the latest gaming cards installed, and all the cake you could eat!

"We will!" He took out of his bag an identical shirt. Happy birthday Doll! Today is my treat!

He remembered, and not only that, he gave me the perfect gift! And a great confidence boost.

After that, the school day was amazing, it was like one of those coming-of-age movie montages. We studied together, had lunch, played tag in the Hallway. It was a carefree day. Probably the last one I will ever have.

We walked towards the Play n' Cake together as he mumbled the opening theme of his favorite anime, JoJo. He reached in his pocket as his phone buzzed. He looked at it and then at me, and then he looked at it a second time.

"Doll, you head to the place, get anything you like, and start playing... I have to run an errand..."

He was serious, not something he usually is.

"Okay, but hey, be quick about it so I can kill you in GODS okay?" I jokingly said, but he was already leaving and didn't pay attention to me.

Now I know I should have gone to the cafe, sat down at our usual booth, booted the PC and enjoyed the marvelous chocolate cake while waiting for him, but that wasn't an option.

I am MORBIDLY curious.

So I followed my best friend.

Well you know how the saying goes. Curiosity kills the cat.

So I followed him down an alley as he briskly walked.

I hid behind the dumpster and then followed him down a few stairs and into a really weird underground tunnel. I was almost caught when i saw him meeting with another person. It was too dark so I couldn't make out his facial features but damn was he tall. And he wore a weird hat.

Well it wasn't a hat. The weird shape forming around the strangers head took the form of horns as everything started to become bright as day.

My eyes could suddenly see EVERYTHING in acute detail. And what I saw was very, very scary!

I saw the inside of the tunnel, covered in a red viscous liquid, and I saw how Mark was casually talking with a freaking Minotaur? Crazy cow demon? OR WHATEVER. A creature that had the crazy face of a bull on steroids with blood leaking down it's jaw and covering it's horns,  the body of an athlete covered by golden, bloody fur and the eyes of a snake, yellow with black slits.

I was terrified and petrified.

"It is here, I can smell her in this town" said the crazy cow demon.

"Today is her birthday, but it hasn't manifested, I am close to her, I would know." Mark casually responded and I had a strange feeling they were talking about... me?

They didn't seem to follow me and I reached my house safely after a fifteen minute run, I took my keys out and as I was panting for my breath I saw my little kitty, a white furred chubby creature full of love and care for me. I named him snowball. He tried to rub on me and show me love and affection but It really was not the time. I got inside and tried to run towards my room but out of the living room I heard the voice of my father.

"Adolpha? Are you home sweetie?"

I responded with an intelligent "uh?"

I thought he was at the university. That he would work late as usual. But no he was home and as he was coming closer with a confused expression.

"Are you alright? You're awfully sweaty." He remarked, as though I didn't already feel bad about myself.

"Yeah I am alright, I decided to run from school, I need the exercise." I lied but who confesses to their parents about what I have witnessed.

"Hm... alright, I won't ask further since you don't seem to want to talk about it. "My father was quite private and so he respected my privacy also, and I loved him for that.

There were so many times I heard about people in school having arguments with their parents because they did not understand that a teenager needs their space. But my dad always said,"keep your hands off my books Adolpha and I'll keep my hands off yours", which sounds like a quite aggressive remark but in reality was his way of telling me that he respects my privacy.

"Sweetie, although I won't ask that does not mean I am not concerned. Come sit by me, we have to talk." That was something that happened frequently. He usually wanted to give me a good story when he felt like I needed it, stories and myths that lift the spirit. I enjoyed that.

But I didn't enjoy what happened next.

As i sat down and looked at him with hopeful eyes, eager to listen to a tale of Hercules, Perseus, or Thor and Loki and how that can help me in any situation, he said.

We have to talk about your mother. This is the first chapter of a little story about a young girl discovering her connection with nature, the old gods and her true self. I will be updating around two times a week so if you like it don't forget to subscribe!
You can also find me here:
https://www.instagram.com/kostasgalatis_manga_art/ OH! That's an intriguing development, i 'm waiting for more! 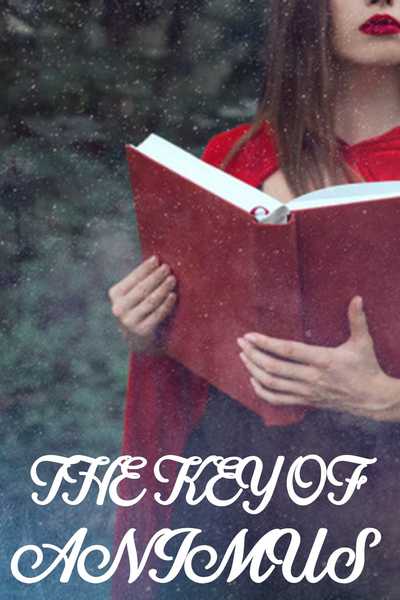 The key of animus

Life was simple for Adolpha Gray. She got by at school, enjoyed her job at the local pet store and lived as a normal teenager. Well that was before her 15th birthday.
That day was marked as she received the mystical powers, the gift-and curse- of a "Wiccan", a descendant of the old Gods.
Subscribe 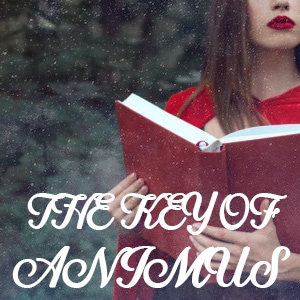