The night sky was bright and filled with stars when Veronica walked through the fields of flowers.

While she was walking to check if all the animals had been locked up, she couldn't keep her eyes off the stars that shone bright above her.

She put her long brown hair in a ponytail with some ribbons while trying to get the sweat of her face from the long day at work.

Veronica lived with her mum and dad at a farm on the planet Borner which was known for its rich nature to farm all kinds of different fruits and vegetables.

Often there would be travellers at the market where they lived near and when they went there to sell their fruits and vegetables, she would often ask the travellers on what kind of planets they had been.

She had heard stories about great cities, big deserts, cold planets and a deep dark space that all would lead to the center of the universe.

Often Veronica tried to picture how the planets would look like depending on how the travellers described them but she couldn't really picture it because she had never left her home.

While walking and looking up to the stars, she would imagine the travellers she had met to be up there, flying through space and taking on great adventures to tell tales about.

She walked around the farm and like every night, she could tell her parents for sure that everything was fine, the animals were looked up and nothing was out of the ordinary.

A little breeze came by and she heard the leaves on the trees surrounding the farm move in the wind. A little breeze was normal this time of year but in a few seconds, the breeze took on and became bigger. She felt the chills through her body and before she could imagine what was happening, a loud bang came from the sky.

She looked up to the stars who were there like they were every night but something was new.

Something was happening in the sky that she hadn't seen before at the farm.

Right above her, in between the stars was a great white light that was flickering. It hurted her eyes but she kept watching.

The bang she heard must have been from the light entering the atmosphere as it was moving and getting bigger by the second.

Veronica squeezed her eyes to focus on the light and when she realised that the light was getting closer very fast, she made a run for it.

'Mom, dad. Watch out for the light!' she screamed while she was running to the house.

Of course they couldn't hear her because she was a good walk away. She ran as fast as she could to the house but she guessed she couldn't make it.

The ground around her began to lighten up and when she looked up, the light was already near her.

She saw it coming over her and while she stopped running and tried to turn around, the light hit the ground between her and the house.

The ground shaked and Veronica was swept away to land in a little field of grass a few meters behind her.

While her arms and legs were scratched, she didn't pay attention to it and tried to stand up as fast as she could.

The light had hit the ground on her way home and created a big hole in the ground.

She looked around quickly to see how much damage the hit brought with it but the rest of the farm was still as it was before the light.

She heard the backdoor of the house open and her father screaming.

'Veronica, what is happening here?' she heard her father scream but she didn't pay much attention to it. If she was fine, then her parents should also be fine. What really took her attention was the big hole that was created in front of her.

While she slowly walked towards it, she heard footsteps running towards her.

The light eruption from the hole made sure she couldn't see good what was happening in the dark around her but slowly the light began to fade.

She was a few meters away from the hole and with the light fading, she saw her father approaching the hole, looking worried and confused.

'What is this?' she heard him say but she did not respond.

Veronica was almost at the edge of the hole and the light was almost completely vanished.

Her father grabbed a light he took with him and clicked it on.

While they both walked to the edge, he began to search the hole with the light.

'Easy Veronica, we don't know what's in there' here father said, reading his daughter's face that she was also discovering what just happened.

Veronica could feel the edge underneath her booth and her father stood on the other side, shining his light down the hole.

What they saw in there made Veronica gasp for air, as she couldn't comprehend what she saw.

At the bottom of the hole, where the light came from that now had faded, layed the body of a young unconscious boy. 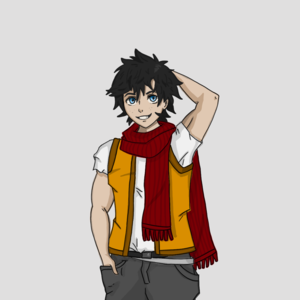 The story starts when a girl named Veronica is watching the farm on which she and her parents live on. One night while checking the field and the animals, a light comes crashing down which would change her live forever. 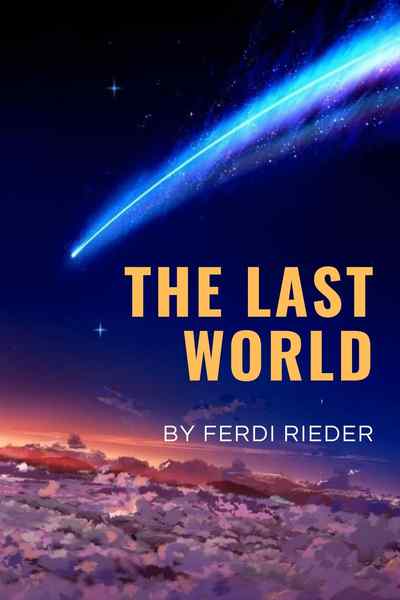 A boy named Eto has lost most of his memory, but one thing he remembers is a promise. To reach the centre of the galaxy for his grandpa as his dying wish. 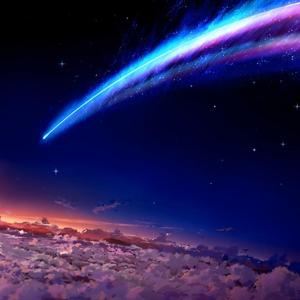