Through the Fire and Flames

The sound of tapping made me avert my attention away from the textbook I was working in.

I watched as Evan climbed in through my window.

His short dirty blond hair was a little messy. Probably because of the wind outside.

His honey-brown eyes met mine right away.

His smile always got me. It gave me butterflies.

I got off my bed to wrap my arms around him.

He placed a soft kiss on my lips.

“Why weren’t you at school today?” he asked, clearly worried.

He nodded, “You went to the doctor, then?”

I nodded this time, “Yeah.”

“Greyson,” he pulled me closer.

Yeah, I had Cancer.

When I was first diagnosed, I was three at the time.

We learned today that my Cancer might be back.

As if being a little kid going through brain surgery wasn’t bad enough. I might have to do it again.

Evan promised he would always look out for me, and that he would never leave my side.

He’s been my neighbor since before I could walk, our families were really close. In both proximity and in general.

I believe it was about four years ago since we started dating.

We haven’t really done anything.

Well… we haven’t had sex yet is what I mean.

“I’ll be right back,” he said before he walked out of my room.

I watched him walk out.

Okay, so let me just fill you in.

He asked me out when I was thirteen because he liked me.

Of course, we’ve experimented and stuff.

He is worried about sex, he’s afraid that he is going to hurt me.

I sat in my room, waiting for him to come back.

When I get the chance to think I always think about him, believe me, I have tried talking him into having sex. He just won’t budge.

He’ll do anything but that.

Maybe I could surprise him… but I would have to wait until I knew it was just the two of us.

The knock on my door made me get up.

My mom stood there with a worried smile on her face, “How are you feeling?”

“Where did Evan go?”

“Oh, Evan said he would be right back,” she said, “He went to go get you two food. So your father and I are going to go out.”

I nodded slowly, how convenient was this?

When he comes back, I’m going to be spread out on my bed, completely naked.

“Will you be alright?” she asked.

She nodded, “Alright. Have fun, okay?”

She placed a kiss on my forehead, and I smiled at her as she walked out.

I knew my dad was upset about my appointment earlier. That was probably why mom was taking him out.

“We’ll be back late, Greyson,” I heard him call.

I opened my door to say goodbye.

Evan had a key, so I could lock the door behind them.

I was quick to start removing my clothes.

The books on my bed now sit in a sloppy pile on top of my desk.

I was going to get him to have sex with me this time.

Cancer or no Cancer, this had to happen.

I quickly made my bed before laying on it.

The only thing I had to do now was get myself hard.

I pushed my pillow up and rested my head on it so I could face the ceiling.

A small sigh escaped my lips before I dropped my hand down to my cock.

I tightened my grip around it, and in my head, I pictured Evan on top of me.

God, I wanted him so bad.

Why did he always say no?

I moaned as I felt myself harden.

I didn’t respond, he has to think I didn’t hear him.

“I ran into Rein and Jean while I was out,” he said.

I quickly stopped to get up and throw my clothes on, if they were here than I couldn’t be caught.

I didn’t want them to see me like this.

The doorknob turned, and I was quick to turn around and button my pants.

I glanced behind me to see him holding a box of pizza.

No Rein, or Jean.

“What were you doing?” he asked, setting it down on my desk.

I didn’t turn around.

He moved in closer to wrap his arms around me.

This boy was tall, so he could rest his chin on the top of my head.

His skin was cold against mine.

I quickly covered myself.

I hesitated before shaking my head, “I barely started.”

He lowered his hand to the button of my jeans.

He placed a kiss on my shoulder before biting lightly.

It’s been a while since we touched each other.

He moved in front of me to start undoing my pants.

I just stared at him, why didn’t he want to?

I looked down at my feet.

“No, it’s perfectly fair,” I stated, “We’ve done everything else but that.”

He didn’t say anything.

“If you don’t want to talk about it, then I guess our conversation is done,” I said.

I shook my head, “You should probably go home.”

“I’m not leaving you home by yourself,” he said.

I had to shut my eyes. He was rejecting me, but at the same time, he wanted to keep me at arms distance.

He started to walk out.

“Take the food with you,” I glared in the opposite direction.

He grabbed the box and slammed my door shut.

I dropped to the floor and just screamed.

I was frustrated, and I know it was stupid and mean of me to react like that.

It’s been four fucking years! We’ve been doing sexual things since I was fifteen.

Sex is supposed to be inevitable, right?

So then why do I feel like I’ll never get the chance to do it with Evan?

I shook my head quickly. I couldn’t do this to myself right now.

I got up to get all my books back out. I was going to finish this assignment.

I found myself sitting on the bleachers by myself.

The rest of the students were running, and all I did was watch.

I could hear girls giggling about something when they were supposed to be running.

As soon as Evan passed them, they started jogging to catch up. All of them trying to strike up a conversation.

Why did Evan have to be so damn hot?

I wanted to talk to him.

I wanted to stare at him.

I wanted him to look at me and to talk to me.

I wanted him inside of me.

He wouldn’t do it, though.

Besides, ever since I kicked him out of my room about a week ago, he’s denied my existence.

I turned to see Aimee waving wildly at me.

I gave her a light smile as I waved back.

She was running with Evan too.

He didn’t even look up at me.

Everyone ran one more time around the basketball court before heading into the locker rooms to change.

Evan knew I loved him more than anything, but sometimes I wonder if he only likes me because I might die soon.

I sighed again before standing up, the bell was about to ring.

I stood at the front gate, not sure why I was waiting for Evan.

He was mad at me, and well, I was peeved at him.

When I finally laid eyes on him, I took a step forward to greet him, but I stopped once I saw a girl wrap her arms around him.

She looked awfully comfortable there, and I hated her for it.

She was not that far behind him, but she stopped to walk towards me.

“Did you two have a fight?” she asked, “He seems awfully bitchy lately.”

I glared at her.

It was only obvious if you already knew.

She only knew because she guessed.

My phone went off, and right away, I knew it was my mom.

I pulled it out to read the message.

From: Mom - ‘I’m not going to be home tonight, I’m helping your sister with the baby.’

“It’s my mom,” I stated, “You remember my sister had a baby a few weeks ago?”

“My mom went to go help her with the baby. Knowing my dad, he is going to go play poker with his friends like he always does.”

“I’d offer to spend the night, but my moms would flip,” she said, “It is a school night after all.”

“I’ll see you tomorrow then,” she smiled.

The whole way back, I couldn’t shake this crappy feeling. 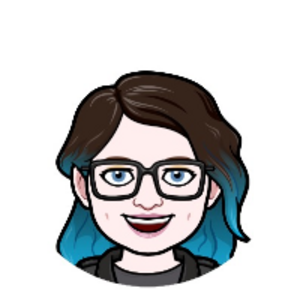 Yes, as said in the main description:
These characters are from another story.
This is my alt account, so these characters are mine.
The main story isn't up yet but it will be.
Keep an eye out for it <3
The Good, the Bad, and the Bully!
Don't forget, the main account is ARoseLane <3 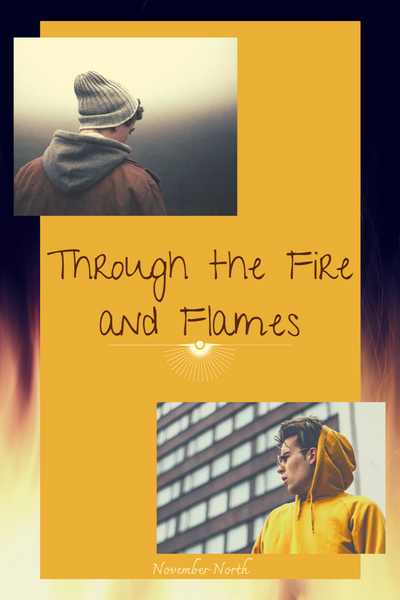 Through the Fire and Flames

This is a short story about two boys that grew up together.
Greyson is shy and doesn’t make friends easily.
Evan is outgoing and great when it comes to people.
The thing is, Greyson is sick, and Evan is nervous about hurting him.
A little bit of miscommunication and more love than one person can handle.
What happens from here?

This is a short story.
These characters are from another story by A. Rose Lane.
The story isn’t up yet. Keep an eye out for it!
The Good, the Bad, and the Bully. 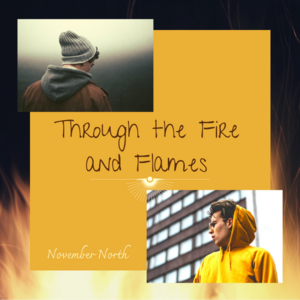