It was a beautiful day in the city, the sun was shining, the birds were chirping, and of course his alarm clock was buzzing with excitement. Instinctively he turned it off and went back to sleep, even though today was a day that he actually wanted to get up on time. Unfortunately for him, he didn’t remember why until twenty minutes later.

He sat up and opened his eyes so fast that if you recorded it and went through frame by frame you weren’t likely to find anything in between when he was laying down and when he was sitting up. He let out a rather odd scream like sound before half falling/half jumping out of bed. He quickly changed into a mismatched outfit, walked out of his bedroom, walked back in, changed into a more standard outfit and walked back out.

Breakfast consisted of two slices of partially toasted toast, a mostly spilt glass of milk and a leftover piece of pizza that had been sitting in his fridge for well over a week. Bounding down the stairs three at a time he tripped on four occasions. He burst into the lobby, he bumped into an old man, muttered an apology and was out the door before any had even registered what had happened. In total it took seven minutes and twenty three seconds.

He decided it would be faster to run, mainly because he forgot his wallet in his apartment. So, twelve blocks and many close calls later he had arrived, Central City’s Annual Carnival, where they were holding the first ever official tennis tournament. Luckily the ticket vendor recognized him as one of the contestants and let him in free of charge.

Dodging through the crowds he made his way over to the tennis courts. Only to find them packing up all the equipment. He ran over and stopped in front of the lady who was supposed to be organizing the tournament.

“Please tell me I’m not too late.” He said after catching his breath.

“To pick up your trophy?” She asked, “It should still be on the table for you.”

He raised his eyebrows. “Still on the table ‘for me’?”

“Well yeah,” she said, “i believe your exact words were, ‘I’ll pick it up later when i’m confused.’ I thought you meant you were going to a pub to party.”

“When did I say that?” He asked, having to force the words out of his mouth.”

There it was, despite what he knew, it was right in front of him with his name on it. Cartis Dramon 2020 Tennis Champion, then in brackets, Central City. He knew something was wrong, he knew he wasn’t even at the tournament, but here, in the form of a trophy, was proof.

Pocketing the trophy he stumbled out into the sun and saw his best friend and former colleague, Arthur Fourne.

“Hey Cart,” he said to Cartis, “was wondering where you’d run off to.”

Arthur grinned, “by beating everyone else in tennis of course.”

“How did I win half an hour ago?” He asked again, “When I was still in bed at that time.”

“Still in bed?” Arthur asked, “you woke me up well over a few hours ago. Then we got coffee, jogged a couple laps of the park and watched them set up the last of the carnival.”

“I know,” Arthur said, “but there you were, off down the path before I knew what was happening.”

Cartis sat down and put his head in his hands.

“What is going on?” he asked no one in particular.

“Listen,” Arthur said, “I’m no expert, but I can tell when something is wrong.”

“What do you suppose I do?”

Arthur sighed, “Well If you need to see someone, the place on Main Street just opened up. If you need a therapist.”

Hardly aware of the process it took for him to get there, he found himself in front of the place Arthur had told him about. From the outside it was a pretty small building compared to the ones around it but on the inside it gave the illusion of being a lot bigger than it appeared.

Walking into the lobby he was greeted by a man and a woman stationed behind a pair of secretary desks. The man greeted him warmy.

“Hello sir, I’m Dr. Jason Summers. How may we help you this troublesome day?”

“How did you know today has been troublesome for me?” Cartis asked him.

Dr.Summers looked at him as if the answer was written in bright bold letters on the world's biggest billboard.

“This is a therapist's office,” he said, “people only come here if they have mental or intergalactic related issues.”

Cartis nodded, “of course, he replied, though really he wanted to ask if the day could get any weirder. Then, as if to answer his question, the stapler started ringing.

Dr.Summers gave an annoyed smile, “Excuse me for a moment.” He then picked it up, opened it and held it to his ear like a phone.

“Who is it? I'm kind of busy.” Cartis couldn’t tell but he was almost certain that he heard a response.

“Well in that case what can I do for you?” With that he got up and walked out of the room, still talking into the stapler.

Cartis couldn’t help but stand there and think that he had missed something that would explain why this was happening.

“Don’t worry he does that all the time.” The lady behind the other desk said.

“Talk into the stapler like it’s a phone?” Cartis asked.

“Find new and interesting excuses to leave the room unexpectedly.” She corrected. “In the meantime I can set up an appointment for you.”

“Any time between now and when we close.”

Roughly half an hour later, Cartis was getting ready to leave when Dr.Summers walked back into the lobby.

“Perfect timing,” Cartis told him, “I was just getting ready to leave.”

“Well I’m free now and can help you with whatever your problem is.”

Dr.Summers led him to a private room just down the hall from the lobby. The room itself was ordinary, with the exception of the reclined chair for the patient, which Cartis sat down in.

“So let's start from the beginning”

Cartis quickly explained what had happened that morning, waking up late, running to the festival and finding that he had already won the tournament. Dr.Summers wrote down some notes on his notepad and seemed to be debating whether or not to tell Cartis something.

“Well there are a few possible answers,” he said, “you could have (A), done all that and been so exhausted that you went back home, fell asleep and completely forgotten about what you did. That’s the most likely possibility.

There's also the possibility of (B) someone else pretending to be you and doing all that.”

“The second one seems more realistic, why isn’t it the most likely?”

Cartis leaned back in the chair. “I guess so.”

“Well,” Dr.Summers said, “is that everything for today?”

“No problem, this is my job after all.”

“So how much do I own you? Because i forgot my wallet at home.”

“Since you’re our first customer, the service is free of cost. If you happen to have a Crukgor Instablizer that we could have then we’d be happy to consider that as payment.”

Cartis stopped to look at him. “I don’t even know what those words mean, so the chances of me having one are probably zero.”

They walked out into the lobby where the secretary was busy taking phone calls and writing down appointments. Despite the fact that the place was almost completely empty, Cartis felt like he was in a super crowded room. This train of thought completely left his head however, when all the windows in the room went dark and then shone a bright blue glow. 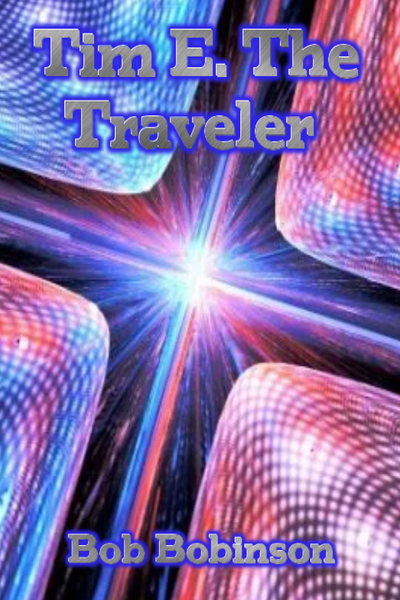 Cartis has slept in once again, but this time he is late for the first ever official tennis tournament. After racing through the city he arives to find out that he already won the tournament.
Confused, he goes to find help. Instead he finds himself traveling through dimensions wich is the cause of one very important machine's malfunction.
Subscribe 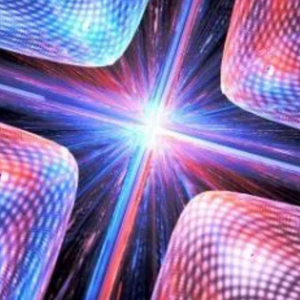