Dave: You two are dunces... We are looking for the machine called the "Radar". Don't you remember that tall officer in a strange uniform? He told us to look for the "Radar" and if we return it to him then he will let us off the hook for our record. Then he will pay us handsomely...

Dave: A little bit but a clean record and a heap of cash is good enough for me... After this I'll finally be able to settle down with my family... I can finally return home after this...

Dave: Not exactly...Lets just say George I can finally stay in one area for once...

(As the three thieves search the Junkyard George stumbles down into a trash pit and notices a slightly shiny object within the filth. George call out Dave and Jessie.)

Dave: What is it George? Did you find the "Radar"?

George: I dunno... but it is shiny. Do you think this is the thingy?

Jessie: It does look mighty clean, for being in a place like this.

Dave: Well clean it. Let's see if it is. Quickly now, the last thing we need is the owner of this Junkyard sending out his hounds.

(George get's out a towel he had hidden within his heavy coat and starts wiping the thing down. After he cleans the object he hands it over to Jessie to read the label as for George can't read pretty well.)

Jessie: Ey, I think this thing is the Radar.

George: How can you tell?

Jessie: It says it here you big lug. Not to mention it also says it belongs to "The Creature Foundation".

Dave: What do you mean "The Creature Foundation".

Jessie: Well I have no idea what this is, but it seems like were going to rob someone...again.

Dave: ARE YOU FFFFF-KIDDING ME! AGAIN! ARE WE GOING TO BE IN THIS LOOP AGAIN!

George: Well we are called the three thieves for a reason...

Jessie: For once George is actually correct.

(As three try to comfort Dave for the wrongdoing that they are committing Jessie ends up hearing barking in the distance.)

George: Uh...can you help me get up? Please?

Jessie: Come on George get up!

(As Jessie helps George up, Jessie hears the barking getting closer and more vicious by the second, she looks to Dave.)

(The three start running together and avoiding contact with the owner of the junkyard; however, the barking got closer and closer each time they looked back. Jessie then felt a strong flash of light overshadow the group. She recommended the group to split and gave the "Radar" to George, and ordered him to run until he loses the dogs and the owner. As Jessie went strait and Dave went left, George ended up going right and running into a few scraps of metal along the way. George then heard the barking getting closer towards him and that was enough to get George to drop the "Radar". George turned back and tried to get the item back but he saw the metal hounds arriving toward his location. George let out a yelp and quickly grabbed the artifact before having a bright light blind his eyes. George quickly turned and tried to run; however, he tripped and fell on his gut. Dropping the "Radar" and hearing a loud noise coming from it.)

George: Ow...huh? Where is the thing?! Oh there it is. At least it's not broken.

Smithtin: Go get'em Rust! Make sure he can't move after you clamp your jaws on him!

Smithtin: The dog is last thing you should worry about.

Smithtin: You picked the wrong junkyard to rob big guy. Now say your prayers. Tell my wife I said hi...

(Right before Smithtin fired his rifle, Dave and Jessie jumped in and distracted the metal hounds that were chasing them by landing in front of Smithtin. Jessie then ran up to George and helped him up. Jessie also noticed that the "Radar" started to rattle and glow.)

Jessie: Dave! The "Radar" is glowing and shaking!

Dave: What do you mean?

Smithtin: It don't mean nothing if that thing is shaking! Y'all going to hand it over and just maybe I wont shoot the three of ya. Circle them!

(The metal hounds ran closer the group and circled them growling metallic screeches from their bare endoskeleton body only covered by scraps of metal that covered only their most key components. It wasn't in the groups favor either, for the item they were sent for was shaking violently each second. Right before Smithtin aimed his rifle towards them, the "Radar" flew out of George's hand and landed in front of everyone.)

Jessie: Dave we gotta leave before the "Radar" blows!

Dave: Then it will all be for nothing! I'm not leaving unless we have that machine.

(As Dave ran toward the "Radar" he bent down and grabbed it. As soon as he grabbed it he pressed a button that was hidden on the side and activated the final phase of the machine. The "Radar" jumped out of Dave's hand and landed on the ground once more and out came a burst of light and dark energy. The energy that spewed out was heading toward the sky and dispersed into the clouds. At first it was eerily quiet and Dave looked at the "Radar" and stared at it for a while. Then the three looked into the sky and noticed something within the clouds. At first it hard to make out, then from the clouds came multiple beams of energy of light and dark. It spread across the sky and spiraled in many different shapes and sizes. Then two beams of light and one beam of darkness came towards the group. Smithtin tried to look on what was happening, but to no avail. As soon as the energy came down it blinded Smithtin and messed with the metal hound's sensors. Jessie and George were the first to be hit with the beam of light. Dave looked in horror, for his friends were just engulfed in light. Then a beam of darkness rushed towards Dave and engulfed him as well. As for the spiraling mess in the sky it dispersed and multiple beams of light and dark were heading in many different directions. Not to be seen for miles. Smithtin looked over the heap of scrap he was hiding behind. He waited for all the smoke to clear, but instead of Dave, George, & Jessie he saw monsters in their place. Just laying there.) 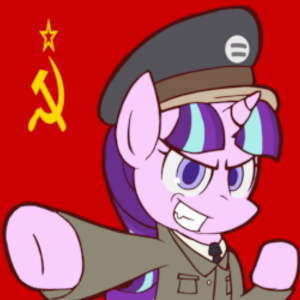 "This first part is slightly rushed, but I want to thank Antonio Hayes for inspiring me to revive this old project of mine that made a year ago."- Emmanuel Alonso Rico (E Confusion) 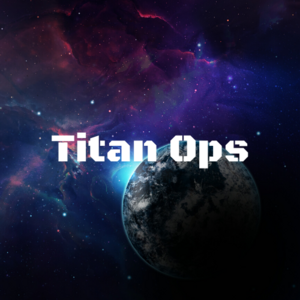 A world where monsters and creatures were never known a little mistake changed the lives of many unfortunate souls caught by the relics beam. Unexpected friendships will come and new foes will appear...who can you trust...

(By the way this is a passion project that I'm doing for a couple of friends of mine, but once again I can't figure out how to draw on computer or post pictures for this website so this will be a script instead of a full novel like "Heros or Villans".)
Subscribe 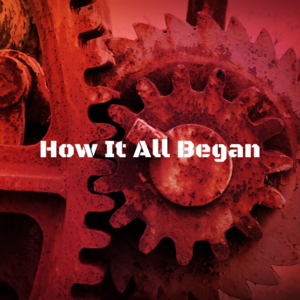