To All the Footballers I Loved Before

The very first time I fell in love I was six years old, and I fell in love with one of the greatest football players in the entire world at the time. I remember sitting in front of the TV, too close to the screen so that the picture was distorted, my dad putting on a game. I remember the bright green of the soccer field may have caused some damage to my eyes.

I was mesmerized by the crisp white lines on the pitch, designating the halves, the lines running up and down on either side of the field that keep the ball in play. And then there was the ball, a tiny spherical thing that could be kicked great distances across the field, a tiny speck to the camera in most cases until you got a real close-up of the magic that happened between a talented player’s feet.

Although I didn’t know what the sport was called back then, I knew with the fervent conviction of a six-year-old that I wanted to be a soccer player when I grew up. Or like they call it over here in my new home away from home, a professional footballer in the Women’s Prime League, the female counterpart to the men’s professional football league here in England.

I fell in love with one of the greats back then, an Italian player by the name of Giovanni di Laurentis, who made magic with the ball that no one could touch them. And in my six-year-old mind, that was it, that was love, this admiration I felt, this want to be him, and it started my lifelong journey to make it to the pros even though I was born with ovaries instead of a dick, and women’s football has started making the impact it needs to, finally, where the fans are crazier than the players.

It all started with Giovanni di Laurentis, fifteen years ago, while I stared slack-jawed at the TV screen, watching him use his superpower to fight off the defensive players, line up a pass right into the middle of the penalty box, and his teammate drive it home.

Chaos. Elation. These are the things I felt fifteen years ago, my little arms held up to the sky, mimicking my dad as he shouted “GOOOOOOAAAAAAAAALLLLLLL!!!” for all of the street to hear and then grabbed me up in his arms and proceeded to lift me on his shoulders and run around our living room in a tiny town in Ontario, Canada, where the national sport is lacrosse, and the real kind of football isn’t that important to watch compared to hockey.

But I knew what I wanted to do back then, and I’ve finally made it this far, the night before my debut on the pitch for the English Women’s Prime League, playing for one of the most renowned all-female professional teams, backed by a hundred years of history: Southgate FC, colloquially known as The Hounds.

It all started with Giovanni di Laurentis.

I’ve loved football players before, of course, and as I grew up, my playing style changed with whoever I was obsessed with at the time, learning speed and accuracy from the greats like Harold Stone, Jonathan Baker, and Fernando de la Vega; I learned tricks from Étienne Houde and Pavel Lucic, and I have given a piece of my heart to every single one of them over the years.

It all started with Giovanni di Laurentis.

But it didn’t end with him, not by a long shot. 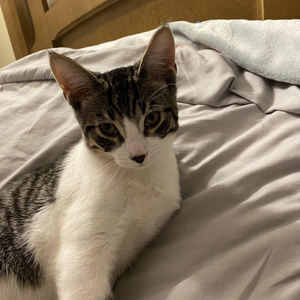 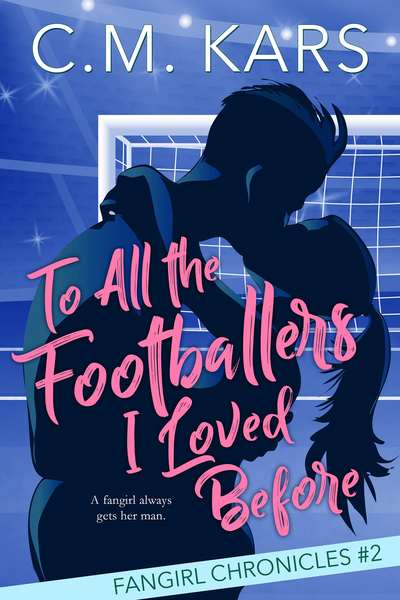 To All the Footballers I Loved Before

Maddie Chase has always had one dream - play professional football and score all the winning goals. Except she gets injured in a pre-season friendly, her dreams look like they'll never come true.
So Maddie does something crazy, she talks to phenom Jesse Windmeier. Jesse's basically one of the greats even if he's still young, and his shit attitude has him warming the bench. A perfect opportunity for Maddie to enlist him in helping her get back on her playing feet.
As the two train together and get closer and closer, Maddie's got to ask herself... is gambling on her heart more important than seeing her name in shining lights?
Subscribe 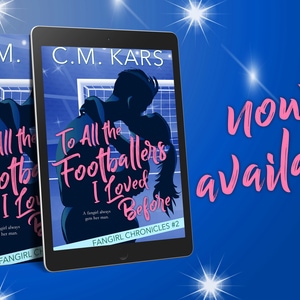