To the boys, I loved the most

Just because someone says you can trust them, doesn’t mean you can. When my naive 14-year-old self said I wanted to lose my virginity before I 'died', to a boy that I liked at the time, never did I expect what would come…

School was always the same. I would turn up to see Amber throwing herself all over Sam, one of the boys in my friend group, and one of my best friends up to this point. My group used to be so great, I thought to myself as I walked head down through the gated path toward my homeroom. At least, until people like Amber joined it. Her fakeness was radiating off her, with her talk of diets and how she was ‘so fat’, when everyone including her, knew that she was full of it, though the boys seemed to lap it up, like a thirsty dog on a hot day. It was after Amber and other people alike started joining my group, that it began to fall apart. All of the originals seemed to stay friends, though it was more of a nod as passing by, rather than hanging out at school.

I got to my first class and took my seat, brushing my side fringe out of my heavily lined eyes. I began to focus when a familiar irritating voice suddenly wafted into my eardrums, “Kari, I love you.” he whispered as I rolled my eyes. If it had been anyone else, maybe I would have loved the attention, alas, it was Josh, a friend of mine, but not anyone I could ever be interested in. Though funny and sweet, his nature was to annoy, and annoying me seemed to be his favourite thing. His I love you routine was a regular. Every class, every day. Sometimes I chose to ignore him, and other days I told him to shut up, it just really depended on how I was feeling at that precise moment. On this particular occasion, our teacher, a temp, as our regular was sick, caught him in the act and announced, “Joshua, why don’t you tell the class what is so interesting,” to which he enthusiastically sat up and said, “KARI, I LOVE YOU!” On the top of his lungs. I sunk into my seat, utterly embarrassed by his display as the class laughed, and the teacher hit the desk, “That is enough! Everyone quiet down, it’s time to get back to the lesson.”

Josh worked his way back to his seat laughing. I looked at him, my eyes angry as he winked at me before sitting down. I sat back and pretended to listen to the class material as it was spoken, though, I couldn’t get my mind of David. I had one boyfriend up to this point, Callum. We had shared my first kiss together, he had shared one with almost everyone in our grade I had found out during our relationship, when a ‘friend’, Elsa had informed me, once I told her about our first kiss, that that had also shared one and it was just about as gross. Our on again off again relationship ended around about then. Though Callum and I were history, I now had my eyes on David. David was about a year or two older than me and was a few grades above. I had made eye contact with him in the pickup line at school, to which he boldly approached me. He continued to do so every day after school until he finally asked me out. I hung out with his group after that each day at school, with his three closest friends Kelly, Robert, and Alicia.

Kelly and I were instant friends, though her jealousy over David and me was apparent. She took me under her wing and introduced me to her friends, and even invited me to her house a few times to go horse riding, to which my strict religious parents never allowed. Despite that, we became fast friends and she showed me off around school. One day, in particular, she couldn’t wait to show me her friendship bracelet which she made for her and David, explaining to me, with an obvious hidden motive, that he was her best friend and she couldn’t wait to see him wearing it. Jealousy rise within me, though I pushed it aside knowing full well that he would not wear her gift, rather he would thank her politely because that’s the person he was and put it, someone, at home, because he didn’t want to embarrass me by wearing some other girls bracelet.

At recess I found David sitting in our usual spot on the stairwell outside of the basketball hall. Approaching him, I saw the colourful beads displayed across his wrist. Disbelief made itself apparent on my face as I sat beside him. I ran my fingers along his wrist, “Is that the bracelet Kelly made you?” I asked, trying to hide my jealousy. “Yeah, isn’t it sweet?” He smiled and then continued to eat his meat pie. I let an angry smirk out as I turned my head away from him, “So sweet.” I replied. “So are you going to wear that all the time now?” I continued. “Maybe,” He smiled, “Is that okay?” he asked, stroking my leg. His gentle personality made it impossible to be mad at him. “Sure.” I sighed, to which he looked at me, clueless to the emotion I was trying to make clear to him and replied with, “Awesome. Your the best.”

I shifted uncomfortably as I saw Kelly and Robert approaching us. “Hey! You’re wearing it!” Her face lighting up at the sight of the love of her life wearing her cheap shitty craft piece. I rolled my eyes, hoping someone would notice my annoyance at the whole situation, yet no one seemed to care. Suddenly, Robert announced, “Why don’t you two date already?”, to which David questioned him, “What do you mean? We are…” to which Robert replied rolling his eyes, “You are Kelly,”.

My heart sank as I watched Kelly’s face light up, confirming my suspicions. David knocked him back instantly, “What is your problem?!”

“What?” Robert sat back, offended by Davids response, as was Kelly, who looked at me and David both with hurt in her eyes, which I couldn’t tell if that fact was making me madder, or the fact that she was so excited by the possibility of her and David. “I thought you were my friend,” I directed at Kelly as I stood up and turned to walk off, trying to hastily put my backpack over my shoulder.

“Kari!” She yelled after me, sounding genuine, though that didn’t change anything to me, she was still in love with my boyfriend.

David ran after me, “Kari!” he said with sympathy… “I am so sorry, he had no right.” he continued, “I don’t know why he says things like that, he’s just Robert. He doesn’t think. You know?”

“Well, either way, Kelly is obviously in love with you,” I argued. 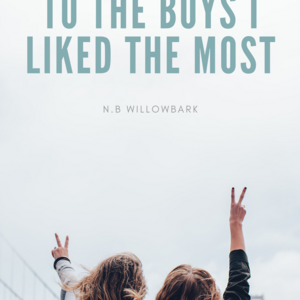 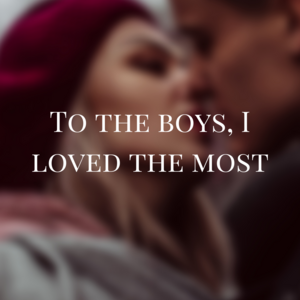 To the boys, I loved the most

A girl's journey to finding who she is through love, sex and everything in between.
Subscribe 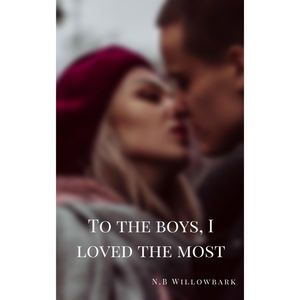