Traces of our Love

"Look, I don't have time for this! If you don't love me, then go away!" shouted Cathy, Hanson's first wife.

"Cathy, please . . . I do love you with all my heart, and for the sake of Evelyn's future, you have to trust me!" countered Hanson.

"Hanson dear, why? You're probably going to cheat on me anyway, and leave me with Evelyn to raise her all by myself . . ." tears ran down Cathy's eyes.

"Cathy, that isn't what I intend to do! Please, just listen to me! I'll only be back in two days!"

"Mama? Papa?" 1-year-old Evelyn spoke. She crawled on the floor to meet her parents' gaze. Cathy looked down on Evelyn, and held her in her arms.

"Mama and papa are just settling things, Evelyn." Cathy paused before deciding her next words. "I'll take Evelyn back to her room. I'm divorcing you after you come back."

Cathy was an extremely possessive woman. Had not she once ever became jealous at anything stolen from her, even her friends. In short, Cathy was a difficult woman. She had said that she would divorce Hanson after he comes back from Russia in such a stern way, Hanson realized he had married the wrong wife. They fell in love, then their love broke. It was truly a tragic story between the two.

Three days later, they were in court divorcing each other. Both came to an agreement where Cathy couldn't stand Hanson always being with women and Hanson couldn't put up with Cathy's behavior. Cathy decided to raise Evelyn by herself and leave the country to another the UK. They once lived in America, and Cathy went to Asia while Hanson went to England.

Following after their divorce, Hanson remarried another woman and they both had a child. Hanson named his second daughter Skylar.

Ever since their quarrel and divorce sixteen year later, they both decided to make up and reaffirm their love for each other. To do this, they would send their daughters to the same school and hope that they can reconnect a lost family. Since Hanson had remarried, he couldn't betray his new wife so he sent Skylar to America and the same went for Evelyn.

But what these estranged parents didn't realize was how quickly a relationship forms.

Soon these two girls will face lots of drama in the future, and begin to realize their feelings for each other. 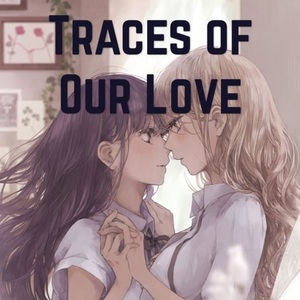 Traces of our Love

Evelyn and Skylar Williams are estranged sisters who were pulled together by their parents and are now living together in an apartment. But the two are so different in everything they do from studying to doing chores, that they start to develop a secret no one else will know.

Skylar is a delinquent, often skipping out on school to go somewhere else and do secretive things. But that changes when Evelyn finds out where she's going.

Evelyn is an average girl who does well for her studies as well as getting a well-paid part-time job without affecting her studies as much compared to Skylar.

Will these two girls find their love for each other to be mutual?

PS: IDK if these kinds of stories that involve slight incest might offend some people... So please forgive me if I did and do me a favor which is not touching this story again. 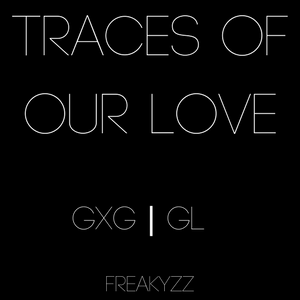