The sun had made its descent below the horizon, and the waxing moon shone brightly against the glittering stars in the cool September sky. The nightlife of Portswain buzzed with life and anticipation. Bars and clubs were filled with regulars and newcomers to the coastal town, each seeking to fulfill their own vice.

Just off the corner of a seedy bar stood Alice, leaning against a lamppost. She had done her best to catch the eye of passing men and had offered her services and the vacant backroom of the bar, but had yet to get any takers. It was going to be another night with little to no money, and she was not looking forward to the consequences.

As she contemplated what it would take to get out of town, the sound of approaching footsteps caught her attention.

Alice knew the soft click of custom made Italian shoes from a mile away. She could probably even identify the exact price and color. Her obsession with well-crafted shoes had helped her pick out high paying customers in the past, and this was her chance to turn her week around.

She got off her lamp post and straightened her skirt and fluffed up her bosom before facing who she hoped would be her next client. She had been expecting a much older businessman, not a handsome thirty-something.

Her eyes ran across his black hair with light curls effortlessly arranged in a container mess. His skin was exceptionally pale against his dark business suit. The suit itself screamed wealth and power. Altogether, he was tall, dark, and handsome. Money attached to good looks. As long as he wasn't looking to be rough, Alice would have an easy enough time making her living for the next few minutes or so. She smiled coquettishly at the approaching man, and he smiled back at her with vague interest.

"Lookin' for a good time?" Alice asked and sidled up next to him.

"Perhaps," he replied. He looked her over, his eyes lingering on her exposed neck.

She wilted minutely under his assessing stare. She was on the thin side and had stringy blond hair. The years hadn't been particularly kind to her, but she still had an underlying beauty that she occasionally caught in the mirror.

He gave her an amused smile and placed his hand at the small of her back. "Let's find somewhere more private," he said as he led her toward one of the back streets. "And perhaps you could introduce me to who you work for?"

She glanced up, ready to suggest the bar's private room, and was caught in the gaze of hazel eyes. Slowly, she became less aware of her surroundings, and she welcomed the reprieve. The world grew darker and more closed in, like the reassuring comfort of a warm and heavy blanket in winter. She barely noticed the hand leaving her back, and she sagged against the brick wall of a building. A bright flickering just out of sight caught her attention, and she lazily tilted her head to look.

Through the muddled waters of her mind, she recognized it as the light that hung over the backdoor of one of the bars. Her pimp's bar. The backroom was just down the hall from the door, but she'd have to pass by his office first.

The back entrance was for deposits, not escorting Johns to the dingy backroom for a quickie. He wouldn't be very happy to see her. They should take the front entrance.

The thought was there and gone in a moment. She wouldn't need to worry about him anymore. She watched the flickering light through blurring vision as her chin was tilted upward; images of fairies skittering about floated through her mind.

Her thoughts lingered on her sister. She should really call her. Blackmail only worked if the blackmailer was alive.

A body crashed through the back door of the bar.

Alice stirred. Her vision refocused, and she looked over as a drunken man staggered past the dumpster with a bottle of liquor in hand, narrowly avoiding ramming into the sharp corner.

Then, he vanished. A retching noise drifted from behind the dumpster, followed by some creative cursing. The young man reappeared, leaning on the dumpster for support.

"Last time I get drunk. Handsy asshole," he muttered before shoving himself forward to stumble toward the main street. He paused at the mouth of the alley.

Alice felt a sharp streak of annoyance. The thought of there not being enough plagues to clean up the riff raff floated through her mind, and she couldn't help but agree. How different would her life have been if her high school sweetheart had succumbed to his flu instead of dragging her into his drug-filled lifestyle?

She frowned at the invasive thought. Her high school sweetheart might have deserved to be taken out by sickness, but the drunk in the alley was a regular who kept to himself. The bartender liked him enough to slip him free drinks.

The drunkard appeared to remember that he still held a bottle of alcohol and took a swig before continuing on his way, oblivious to the eyes that watched him.

Alice turned her head and looked up at the man who held her. She blinked in confusion. She was supposed to be doing something. "So… What was it you wanted?" she managed to slur before her world clouded over once more. She thought she could hear herself responding to the man's question, but she couldn't bring herself to care.

She'd been meaning to call her sister. Her sister was a doctor. Her sister could get her into rehab. Off the street. Back into the life she had meant to live. She blinked sluggishly at the brick wall across the alley. She was alone. She should probably get home. Her roommate would be there already. She might be a hooker, but even hookers needed to take the night off. The streets could be dangerous at night.

She pushed off the wall and stumbled, slowly regaining her balance. Even though she feared what would happen if she failed to get a client, something else lurked around the corner that promised a much worse fate if she didn't get off the streets.

In the morning, Alice would hear the news that her pimp's bar was a crime scene. Very little was said of what happened, but it had apparently been a dispute with another pimp and the gang he ran with. Absently, she picked up her phone and called her sister. 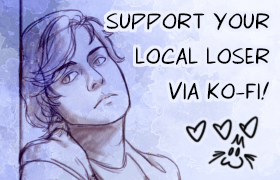 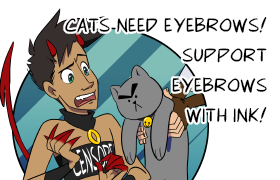 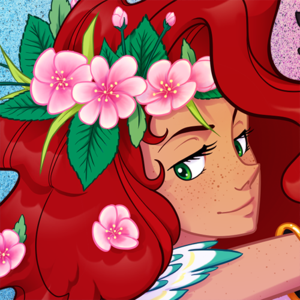 Ooo this looks good, your writing is dynamic! 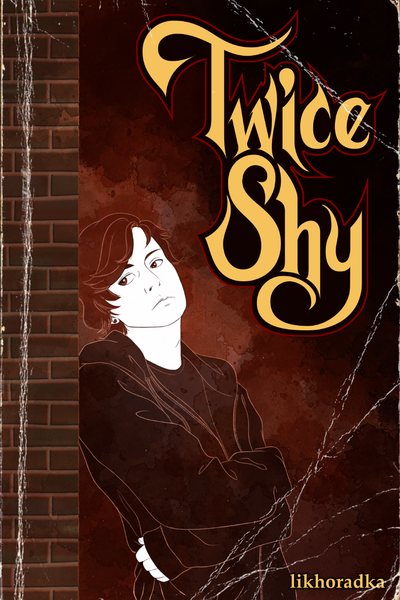 When your blood calls to eternity, what do you do once bitten?

Jack's life was never perfect, but a run-in with the criminal underbelly of Portswain has left him scarred in more ways than one. His memories are a patchwork he'll happily ignore, and his small handful of friends is good enough. He longs for companionship, but people always want what he's unwilling to give. When he meets antiques dealer Kieran, will he be able to ignore his instincts and give the man a chance? Or will Jack's need to remain hidden ruin everything?

April 2022: Some minor edits to all chapters: spelling, dropped words, formatting, etc. A few sentences changed or added here and there for clarity. Nothing major that changes anything, but it's been done.

Partially illustrated. Book/part 2 will be uploaded in late 2022.
Subscribe 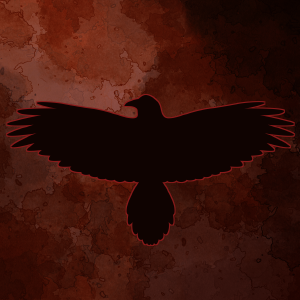