Under a Starry Sky I Wait

There was a fate I could not escape from. It was tied to me from the moment I was born. I felt its presence like a hot iron being pressed against my back. There was nothing I could do about it, but even so I earnestly wished that someone would destroy this fate for me.

[You have entered ‘The Western Mine’]

I reminded myself that this was no time to be lost in thoughts. I quickly stepped off the platform and found myself in a sea of white tents. In the distance I could see my destination. It would not take long to get there.

“Why is such a ‘bastard’ in this village?”

I turned around towards the source of the voice. “That’s none of your business.”

“Yes it is. Now get out.” The man scowled and pressed his hand on the hilt of his sword. His eyes were fervently looking at me in contempt.

“I was sent by Her Majesty, Xenia.” I smirked at the man as his face paled.

“Oh..It’s you..” The man nervously fumbled with his pockets until he pulled out a red crystal. He offered it to me with quivering eyes.

I said nothing and accepted the crystal. It was translucent with quite a smooth surface. I handed it back to the man and chuckled. It was a funny state that he was in right now. Sweat dripped down his face as he bowed his head in front of me.

He knew very well what this transgression would cost him. Any disrespect towards the Emperor Xenia would not go unpunished. However I thought about using this against him.

“I won’t report this.” The man’s head snapped up and his eyes widened as he looked at me.

“So merciful—I am grateful for this pardon, oh… praise Xenia—“ He was fumbling with his words and I was tired of looking at his sorry state.

“There is something you must do for me.” The man’s eyes darkened. He understood that there would be a ‘price’ to pay. I paused a bit before continuing. It was amusing to see him squirming under the suspense, but I was tired and wanted to discontinue this little charade.

“I’ve changed my mind, show me to a tent and we will continue this tomorrow.”

“Yes, sir!” The man jumped upright and hurriedly led me through all of the tents. I looked around at all of the shabby tents. There were miners milling about, carrying crystals in baskets. However, each miner we passed by took one look at me and darted away, their faces paling as if they had seen a ghost.

‘This’ was part of my fate. An inescapable fate. In the city I had once questioned a young citizen as to why everyone reacted this way. They were surprised but said that ‘I looked demonic.’ I had asked them, ‘Was it because of my looks?’ and they answered, ‘No… there is something behind you.’ I had let them go at that point. It was understandable, the people in this land were all sensitive and probably could glimpse at what kind of ‘fate’ that shadowed me. It was not something that would affect them, but I was considered bad luck.

“S-Sir? Sir! We have arrived.” The man stuttered as he tried to get my attention.

“Hmm?” I was lost in thought for a second. Damn, I was tired. I was never one to daydream in public. It was all because of the ‘teleport’ platform that I used to get here. The greater the distance, the greater the energy expended. The Capital was situated in the center of the land, however this Western Mine was on the far outskirts of the empire.

The tent I stood in front of was nothing like the shabby ones that the miners lived in, it was made with a completely different fabric and was decorated with various carpets.

“This is one of the guest tents we had specially prepared!” The man's face reddened as he explained. “Please let me know if you need anything!”

“Yes, yes...Now, leave me.” I waved him off. I disliked people like him the most, people who would switch demeanors in a second to save their lives. I entered the tent, there was a small bed on one side, a mirror, and a few other pieces of furniture. It was quite small, really, but I wasn’t one to complain. I unstrapped my sword and laid it by the bed. Instead of lying down I walked over to the mirror and peered into it.

I’ve always wondered what the ‘demonic presence’ people saw behind me was. It was becoming such a nuisance ever since I left the Capital on Xenia’s orders. Unfortunately, I couldn’t see anything. As expected, I could not see anything about my ‘fate.’

I was frustrated. It is all because of this fate that I have to be—I sighed and got up, there was no use getting angry at a fate I couldn’t change. I walked over to the bed and laid down.

Tomorrow I would have to go complete my mission here. 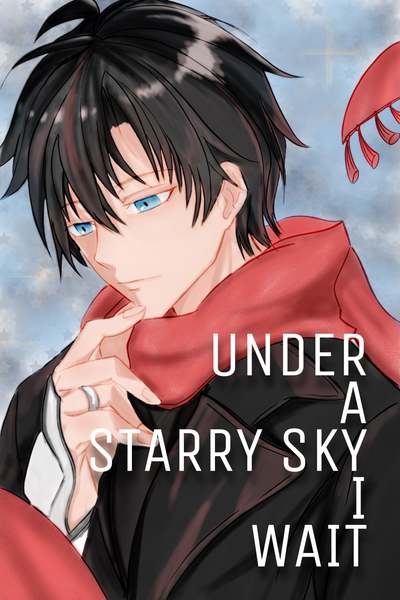 Under a Starry Sky I Wait

Caught between a great war was Atreus, a lonely man with a terrible 'fate' bestowed upon him by the heavens. Even so, his decisions will decide the flow of the world and alter his own fate.
Subscribe 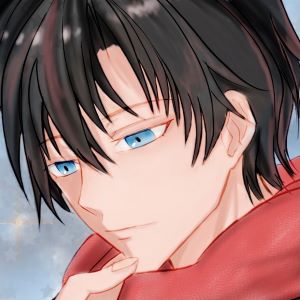