The village of Fog is a place very secluded from the rest of the world. You have to got through the Devils trench and past the the Death forest. The village lives in harmony with the dragons. The king of all dragons is the Fog dragon. He is a very rare type of dragon. Maybe the only left of its kind. He keeps the barrier of fog around the village. The people owe there life to him.

Everyone in the village has a purpose and role. But there is one particular boy that has always been the odd one out. He also doesn't even look like the people. He has pure white hair like the snow, with a streak of light purple in the front. He has golden eyes like the sunrise. He has a dragon that's the strangest. No one knows what kind of dragon he is. The dragon has dark translucent scales which help him camouflage in the dark of the night. His horns point to the back of his with long fringe spines emerged from the back. The dragons name id Miki. And his human outcast friend is Lyth.

One day Lyth and Miki were walking home from the market, when these boys came up and yelled. " Hey go back to Devils trench where you belong. Your just taking up all our oxygen." The kid started walking up to them but Lyth just moved faster. " Hey don't ignore me." The boy grabbed Lyths shoulder and flipped him around. Miki started to growl. " Hey weirdo keep your dragon in his place. He has no right growling at me." The kid said smirking at his friends. "Just like you don't have the right to touch me." Lyth shot back at him. The kid turned back facing him. "Oh really." The kid threw a right hook at him and got him right in the eye. Miki was about to bite him when Lyth yelled." Don't do it Miki. Don't bother with him." Lyth got up. He had a black eye." Oh are you saying i'm weak. Ha. I'd like to see your pathetic dragon against Scott." Scott was the kids dragon. Scott is a huge dragon he toward over Miki. He was a very famous and special type of dragon in there village. He was a fire dragon. Scott blew fire into the sky to scare them off. He was so powerful he rumbled the whole village. "Come on Miki lets go home before we regret staying." Miki and Lyth walked off with there heads down like they always did. The kids been bullying him since he was two.

When Lyth got home he set all the bags on the table. His mom came out and asked "What happened to your eye." "Who do you think it was." "OH Hutch is still here. I thought they would've sent him to go hunting since hes fifteen." "Speaking of which. I'm fifteen and i'm not allowed to hunt." Lyth was looking at her with such fury in his eyes. "You now they would never trust you. Not with that mark on your wrist." Lyth looked down at his wrist. His mother stroked the dragon print he had. No one now's how he got it or where he comes from. They know him as the out cast in the village. "Mom why is every one so afraid of this. Its just a carving." "Yes and this carving is the prof that the village is going to fall one day." His mother said squeezing his wrist. "If that's the case why did you take me in." When he said that his mother looked at him with the most loving eyes. "I took you in cause you reminded me of my brother." Her eyes then turned to pity. "What happened to him." She looked at him. "He killed himself cause of this stupid village." She then turned around and said, "Hey isn't it time you go and see the sunset." He looked at her with the most curious eyes on why she said stupid village. He thought she loved this place since she never left. "Yeah mom your right. Bye love you." "Love you too sweetie. Make sure to be back when its done." "Yes mom."

On the way there all he could think about was his moms face. It was pity with anger and love all in one expression. They went through the forest of death all the way to the edge of Devils trench. This is his favorite place. When he was younger hi smother would always take him here. They used to always come and watch the sunset. But when she got this illness she wasn't allowed to go most places. He started going by himself for at least four years. It's not the same without mom he always thinks. But yet he always goes.

He wasn't really paying much attention to the the sunset and how it perfectly shimmer off the fog in the trench. He was staring at his carving. It was weird since this is the only thing he knows about where he came from. That and his mom found him right in this spot. He knows it was hard for her to keep him but she did. She fought to keep him even though everyone would persecute her for him.

As he was lost in thought Miki say something different. Miki saw glowing blue and purple. The sunsets only red orange and yellow. Miki also felt this tingle in his spins. He nudged Lyth. "What is it Miki. Is it already time to go?" Miki shook his head and tried showing him the light. "Then what is it." Finally Lyth looks over to the light. "Hey whats that over there. Come on lets go check it out." Lyth started jumping down the trench. No one has ever been down here and live to tell about it. As he got farther and farther down the fog just kept on multiplying. When he hit the bottom the only thing he could see was the glowing light. "Okay Miki we have to be careful. Just meet me at the light." When he heard his growl he knew he knew what to do.

As they got closer it started getting brighter. Finally Lyth could see what it was. " Its Its a baby dragon. But nothing like what I've seen." It was glowing purple and blue from its chest and mouth. It was as big as both his hands. "I've never seen a dragon this small and this-this amazing. It almost looks like a dream." Lyth went to touch it but it jumped up and made the cutest and squeakiest growl ever. "Hey guy i'm just here to help. I promise. See i'm friends to dragons." Miki was there so Lyth started petting him to show the baby. The baby wasn't as tense anymore. He sat back down. When he did Lyth saw that its wing was bleeding. He leaned in to get a closer look. He started to take another step. But he stepped on something. When he looked down he almost threw up. It was a dead dragon that looked jut like the baby dragon. Right next to it was a human hunter. "W-wait that's duke." That was another kid that bullied him. He was a year older than him. But he went missing like four weeks ago. His flesh was missing from one side of face. 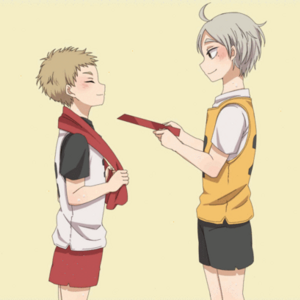 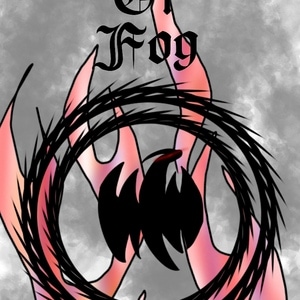 IN the village of Fog the humans and dragons live in harmony. But will this harmony lat forever? If not what will the humans do agents dragons?
Subscribe 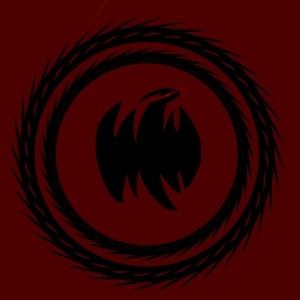