“The gall of some yellow kids,” the driver said, his surgical mask muffling a sneer.

Ned shot up from his wheelchair and pointed a finger at the driver. “I’m Inuit! Inuits are brown!”

The string combed over Ned’s hair as he jerked his head back. His surgical mask struck the driver’s face, allowing him ample time to hop in his wheelchair and unlock the wheels.

Billy Murray, Ned’s black labrador retriever, bit at the driver’s sock, trying to get flesh. Ned only got a few yards before he got winded. He’d have to ditch the chair.

A yelp cut through the icy air. Ned turned back to see his dog clambering over wet grass . The bastard kicked him.

“I’ll get your dog’s humors if I have to,” the driver said. A taser crackled with blue lightning in his hand.

Ned rushed toward the driver, remembering all the ninja jokes he had to suffer from the Canadian kids in his martial arts class. He might have preferred the whale blubber jokes his grandfather had to endure, but this was a different time.

The driver thrust out his taser, nearly falling forward as Ned spun around him. There was a fifty fifty chance the maneuver would be too much for Ned’s leg muscles.

His braces creaked. His torso over-extended the reach of his legs. Ned crumpled to the asphalt, face first.

The driver chuckled, planting a knee on Ned’s back and the other knee by his forearm. Lungs on fire, Ned could barely make out the symbol on the side of the white van, an S and an H that stood for “Special Hospital.” The logo was typical government branding: a hodge-podge of outdated symbols, forgotten after the memory banks of the libraries were erased. It was a snake swallowing another snake, wrapped around a pole vault standard. The government gave out a lot of resources. Subtlety wasn’t one of them.

The driver fell back with a grunt and air rushed back into Ned’s lungs, Ned smiled despite his bruised ribs. His eyeline followed the trail of frost and grass to Bill Murray, right beside him.

The dog’s eyes were trained on the driver.

A great white direwolf snapped at the driver’s neck, but the man’s arms held back just barely. Ned struggled to his feet. He couldn’t take his eyes off the beast.

“You prayed for this thing, didn’t you?” the driver said. “You prayed to your great Spirit!”

The wolf started to bite the driver’s shoulder. He was toying with him. The driver moaned, his mouth filling with foam that wet his mask. His eyes went milky and he started to snap at his mask with sharp fangs.

The vampire and the wolf began snapping at each other. Ned struggled to his feet and walked briskly toward the white van. Bill was barking behind him but he wasn’t going to stop, not even for his dog. His muscles protested, but adrenaline helped him get to the driver’s seat and slam the door in a matter of seconds. Scratching at the door made him jump. It was Bill.

“Get in here, you mutt,” he said, and opened the door.

Bill leapt in, but before Ned pulled the door’s lever again, he heard a loud snap, like a tree cracking in half. Ned caught the giant wolf’s eyes. It’s mouth was stained with blood. The driver lie motionless at its feet. But its eyes shone like black diamonds.

Then Ned closed the door and started to drive. 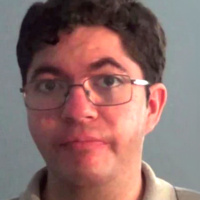 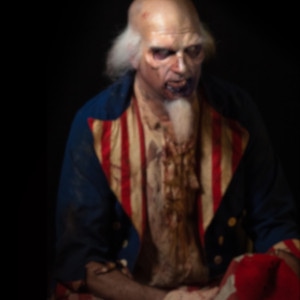 Ned and his dog, Bill Murray, fight to survive in a New World Order controlled by monsters.
Subscribe 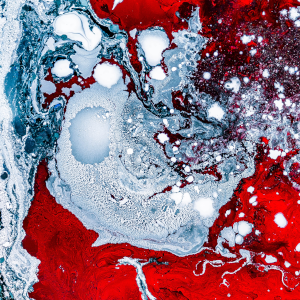