The words were enough to make the young woman see red.

The burning resentment and indignation that had been bubbling inside her heart shot up into a roaring flame at the memory.

A harlot had appeared before the man she was promised to and, with a skirt lifted high, the venomous snake had tempted her husband-to-be away.

Three days before their wedding day!

A year's worth of planning and preparation for her own wedding ceremony had gone to someone else with the snap of a finger. Even her wedding dress had been hastily modified and fitted for someone else!

Grinding her teeth, the young woman glared at her surroundings. It was currently the middle of the night and her accommodations were the castle dungeons.

It smelled horribly of human waste, mold, and rancid water. Based on how many stairs they had descended, the young woman was sure she must be at least five levels deep inside the castle dungeons. It was a known fact that the deeper the level, the less effort was placed in keeping the cells presentable.

After all, this was the royal dungeons, where only the lowest of criminals were imprisoned. Besides, servants were only human too and would not want to make the trek up and down seven sets of stairs for each handful of buckets or spare cloth needed in resupplying their efforts for cleaning.

Considering her once-expected station in life, the young woman knew quite a lot about the intimate goings-on in the royal castle.

With her rank among the nobility, she should have been given a cell on the first or second floor. Instead, they had placed her all the way down on the fifth!

She'd been dragged out of her bedroom in the dead of night. After being beaten until she was bloody and broken—until she could not stand on her own—she was tossed into this cell.

The guards that had dragged her down here were not more than ten feet from the cell door, making their way back up to the nearest checkpoint on the fourth floor. Still, she didn't bother raising her voice to demand her freedom.

She had her pride, and besides, such efforts were pointless. If nothing else, she had learned just how much the world itself was determined to make her suffer.

Every plot to cause the viper to experience humiliation; every move made to regain what she had lost.

...No matter if they succeeded or not, they seemed to only make the viper more precious.

Pushing herself up stiffly from her position on the filth-stained stone floor of her cell, the young woman forced her aching body into a sitting position.

In the back of her mind, her body was sending waves of disgust. The rancid waste clung to her hair and skin in small clumps, while other unknown things were smeared here and there. In truth, between the blood she had coughed up several times after being beaten, besides everything else she had gathered on her since then, the young woman was an absolute mess.

If anyone saw her now, they would take her for a beggar on the streets, not the woman who at one time was to be their next queen.

Despite the cuts all over her body from where her soft, sensitive pale skin had been ripped apart by rug rash and the jagged surfaces of the ground she had been dragged over, the young woman hardly noticed.

The flame questing for vengeance in her heart grew hotter and larger with each passing second.

What did the pain her body was experiencing matter in the face of the unstoppable fire in her heart?!

This time...this time she would not fail. The world could perish, for all she cared!

Getting her man back?

Gaining his love and affection?

Who needed any of that nonsense?!

All she wanted was for the viper to finally suffer real and true anguish!

Besides, she already knew what was coming for her. If the viper was actually pregnant, her ex-betrothed would stop at nothing to protect the snake.

Considering she was currently in the castle dungeons, it was perfectly obvious that the next step would be punishment. Knowing the viper, the decision would most definitely turn into some form of execution.

Whether death by axe, rope, or fire; the young woman knew her days were numbered.

Panting and groaning in pain, she forced herself to kneel, before lowering her body gingerly in a kowtow, ensuring she was facing in a southerly direction. Ignoring the burning, arid smell cutting straight through her nostrils and making her head pound, she closed her eyes tightly and began to pray.

Exalted Goddess, Mother of All, I beg again for your assistance. I give you my name, the name that my parents granted me.

In return, I wish for the crown prince to be cursed with ever-lasting impotence, so that he may never be able to feel lust again!

If it pleases you, I would also offer up my very soul for this last request.

All I ask is that you make the Vile Viperess suffer for the rest of her days.

...But, please, Goddess, allow the innocent child she bears to live and grow, at the very least.

Once I have passed on again into your great cycle of life, I will give myself wholly to you and forfeit the right to be reincarnated.

Other than stale air, something began to stir, causing the hair on her arms to stand up as if lightning had shot through her veins.

damn- so this viper lady knew they were supposed to be married yet she still got with the king? WHAT HAPPENED TO WOMEN NEEDING TO STICK TOGETHER??? the king and the viper deserve punishment- but anyways this is really well written 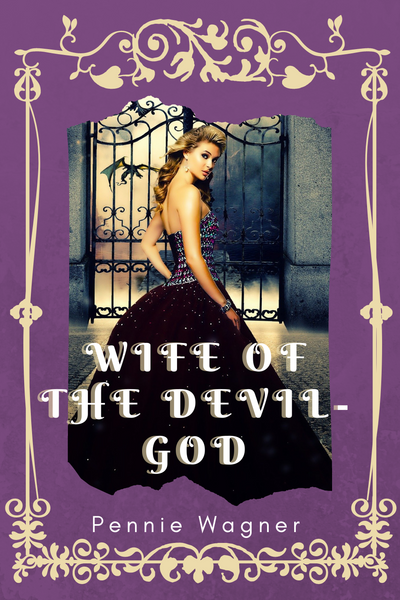 Tossed aside three days before her wedding day, our female lead fights to get back her place as queen, but to no avail. With the viper that stole her ex-fiance now pregnant, she is dragged out of bed, beaten, and thrown into the dungeons. Burning with a wish for revenge, she kneels on the disgusting cell floor to pray...
'Beloved of the Goddess'.
This was the title she had been granted from a young age, one that allowed her wishes to come true as long as she was willing to offer up some part of herself.
But, after making her final wishes, giving up both her very name and soul, something unexpected by our female lead happens!
Who is this devilishly handsome man that has appeared, claiming that he is the one to own all of her but for her heart and mind?!
Subscribe 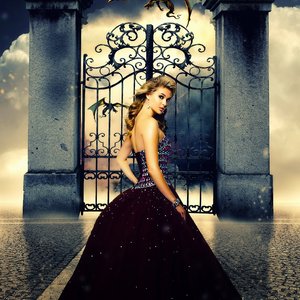