Will You Help Me Get Home?

“You know, I did some research after you called me. No one actually ever lived there. It was most likely a lodge for hunters to dry their meat in.” Macen paused, “And that’s not a euphemism. Anyway, it’s not a witch’s house.”

“That’s not the point,” Harlow huffed, “The point is that for years, people believed it was a witch’s house. Which means that generations of witches have come here to practice their rituals and sacrifices.”

“So?” Macen was close behind Harlow but losing steam fast. Sticks were poking against the soles of his flat sneakers and he felt like bugs were falling into his hair from the trees above them.

“So, the place is steeped in the magic of women and wiccans alike.” Harlow slowed down for no man and the path was only becoming steeper. In the dark of the night the trees were black, and the moon was their only source of light this far away from the path

“You’re doing it again. You start talking like a British documentary narrator.” Macen was familiar with these woods. Harlow had dragged him out here nearly every week for hikes and exploring since they were twelve. But everything looked different now. He wasn't sure they were going the right way and the fabled witch’s hut was hard to find even in broad daylight.

“Shut it. We’re almost there.” Harlow had dressed accordingly. She was wearing her big stomping boots and a wool hooded jacket. When Macen had met her at the park entrance she had been disappointed to find that he was wearing Vans and a hoodie.

She had scouted the way to the witch’s house two days ago. It really hadn’t been too hard to find. It was on the map, anyway and even though the map was a few decades old, the woods hadn’t changed much. She had only had to wander around for ten minutes before she stumbled upon it.

“How long do you think it will take for someone to find our bodies? Like, ballpark.”

“You are so dramatic!” Harlow exclaimed, her voice turning to a loud whisper. She recognized the way the trees parted here, just slightly, and could see a few grey rectangular stones here and there.

“You’re one to talk. You might as well be holding a candle out in front of you and wearing a cloak.” Macen said. He didn’t whisper. He refused to give in to Harlow’s theatrics. “Anyway, I think at least four days. You know, considering that no one knows we came out here and we’ve been off the path for like twenty minutes.”

“We’re here!” Harlow announced. The trees grew thinner here but not by much. The witch’s hose wasn’t so much a house as it was a pile of rocks with two walls, a pillar, and no roof. The stone floor was covered in dirt and pine needles. The small clearing provided a break in the canopy though which the moon could shine down upon them. The city was only a half hour away, so the light of the stars was pretty faint.

In the center of the dilapidated structure were a few scraps of rusted metal which may have at one point been a stove or a fire pit. There remained still a grate and some charred sticks. What was left of the walls was a checkerboard of holes and was dappled with lichen and dark green moss that dripped down to the ground and spiraled towards the makeshift stairs that led down to the ground.

The place wasn’t bigger than Harlow’s bedroom and once inside – a word that only loosely applies, as there was no shelter from the autumn breeze or the sprinkling of rain that blew in with it – it seemed even smaller.

“What do you mean? This place is decrepit and weathered,” Harlow spun around to see it all fully, “It’s perfect.”

“Whatever, all I’m saying is that I don’t think it’s as sacred as you said,” Harlow ran his hand along one wall and rock dust fell to the floor where his fingertips brushed, “Look, people have scratched their initials into it. And hearts.” He peered closer at the markings, “And di-”

“Shush! Okay?’ Harlow scolded him. She crouched down and took her satchel off her shoulder, opening it and beginning preparations. Macen watched her, digging through her bag on the ground like a kid going through its mom’s purse. She took out a few red tea candles and matches and set them around the old grate, lighting them one by one.

“You’re gonna feel really bad when we burn the entire forest down.” Harlow ignored him and continued. She put a wooden bowl – not a salad bowl, she had insisted – at the center of the candles and then brought out a pouch of herbs and began putting sprigs in the bowl – rosemary, sage, chamomile, cinnamon, dill, mint and –

“It that just salt?” Macen asked, his eyebrows furrowed, and his eyes crinkled the same way they had when he had watched Going Clear.

“Did you just grab a bunch of spices form your dad’s cupboard?” He was laughing smugly. If Harlow wasn’t focusing on keeping her energy pure and positive, she would have pushed him over.

“No. They all have meaning. Prosperity, protection, healing, growth.” She listed. The book she had referenced was one of Celtic witchcraft and though every book she had looked at had different meaning for each plant, she trusted this one because it was older than all the rest.

“Ah. Okay. Sure.” Macen rolled his eyes and Harlow rolled her eyes at him rolling his eyes. She couldn’t resist. She gathered a handful of pine needles from the ground and sprinkled them in the bowl as well. Then she pulled a small ceramic dish out and placed it on top of the herbs. She placed black oak incense cone in the dish and lit it as well.

The wind blew it out before she could, and smoke pillowed from the grey ashes that crumpled on top. She stood up then and wave Macen over. She pointed him towards her alter and took his hand. “You have to have clear intentions, okay? So, don’t get distracted and don’t be skeptical.”

“Have you met me?” He quirked an eyebrow at her. His hood was up, and she knocked it down. His bronze face glistened in the white light and his hair trembled in the wind.

“Just think about the roses, okay?”

“Sure.” He said. She took a deep breath and closed her eyes. Macen did the same.

“If you start chanting in Latin I’m gone.”

“Macen.” She tried not to snap, keeping her breathing even. “Clear your mind. Be intentional with your though direction.”

“Okay.” Neither of them opened their eyes. Macen could hear the pace of Harlow’s breathing. Her hand was squeezing his.

“I call on you, keeper of fortune and judge of worthiness,” Harlow began, her voice was steady and loud, like she was speaking to the trees themselves. “To hear my voice, my heart, my trouble,” The wind picked up in a sudden gust. Macen could feel pine needles pattering against his legs and Harlow’s hand shook in his. He opened his eyes just a peek then closed them again. “And deem me honest and deserving of your…” Harlow stuttered. Her face was wet with rain now and the smoke was just strong enough to linger in her nose. “... Of your time and wisdom. Please,” And she finally opened her eyes, looking up at the moon. It was full tonight and was haloed by clouds. “Come to me with magic and open hands.”

Harlow knelt to the ground in one movement, pully Macen down with her. His knees hit the ground roughly and he opened his eyes to scowl at her. She was bowing her head. She let go of him and with both hands she picked up the bowl, raised it above her briefly, and then set it back down.

They both sat for a moment. Macen watching her, frowning, and she with her eyes closed, her faced turned up. Her hair usually swept across her forehead and brushed her brow neatly but now it was wet and flat against her ears. Macen could see her eyes flickering hopefully and her watched her freckled cheeks go from pale to pink with anxiety.

Macen waited a minute before he said, “Nothing is happening.” She shushed him.

“Look.” He followed her eyes to the moon. The clouds had moved over it and it was outlined behind them in pale orange. He didn’t see anything significant about this. Clouds were not uncommon. They were in one of the rainiest regions of the country and it was autumn. Where did Harlow think the rain was coming from?

“I don’t think…” He started but stopped. This wasn’t a time to argue with Harlow. She was having a moment and it was best to let her come to the logical conclusion on her own. No point in making her feel silly.

They sat for a long time. Their feet and legs became wet, their hair plastered to their heads. The wind kept getting stronger and now whispered in the leaves of the trees, almost like a voice responding to Harlow’s prayer.

Harlow was attentive and still, her back straight and her eyes moving around. She didn’t want to miss anything. Any sign. Thunder rolled in like a purring beast, unthreatening and far away.

“I guess it didn’t work.” She sighed slouching and looking down at her hands. Half the candles had gone out from the rain and the little bundle of herbs was soggy. Macen bit his lip.

“Why don’t you try again? Couldn’t hurt.” He said, “I’ll try to have purer intentions this time.”

She nodded and took his hand again. They stayed on the ground and she repeated her message, more quietly this time. Her voice was wet and shaky. She raised the bowl up again set it down.

There was a snap from behind them and their heads turned as thunder cracked just above them, loud and close. They twisted around to see where the other sound had come from and found that three figures, cloaked in darkness, were towering over them. 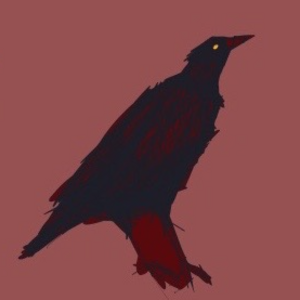 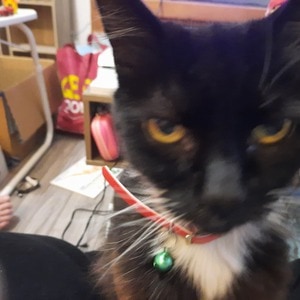 I can't believe no one has commented on your story yet 😕 I think its great so far! Witchcraft, vampires, lesbians... these are a few of my favourite things 🎶 I'm definitely staying for this one :) 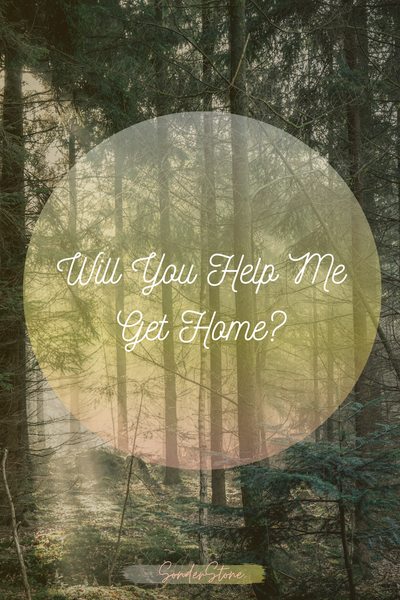 Will You Help Me Get Home?

A novice Wiccan and award winning gardener ventures into the woods to summon a demon and demand the power to achieve the success she so badly wants. Instead she meets two vampires who have accidentally time traveled from the 1600's. As this group of passionate but sometimes reluctant friends attempt to get them home, lesbian romance and local gardening drama get in the way. Is there a higher power at work in this little corner of the world and is there a reason it seems determined to ruin everything?
Subscribe 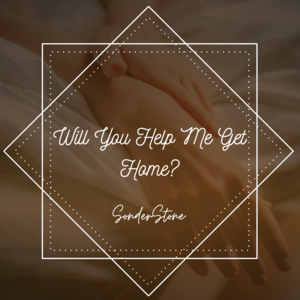