"I used to rule the world

Seas would rise when I gave the word

Now in the morning, I sleep alone

Sweep the streets I used to own

I used to roll the dice

Feel the fear in my enemy's eyes

Listen as the crowd would sing

Now the old king is dead! Long live the king!

One minute I held the key

Next the walls were closed on me

And I discovered that my castles stand

Blindening light.. A figure beyond the abyss of light.... All I can barely see is silhouette of a man, blue eyes staring at me with pity... Who are you?

The bus bounced as it hits on a speed bump, which forced Mortimer awake and hurt his head. He looks in the window his head bumped into and sighed.

Coldplay is playing on the radio.

"The sky seems like it's about to rain, huh", muttered Mortimer to himself under his breath as he looks at the grey clouds. He then gazed down on people rushing at the street, noticing  the population in his town has decreased than before. Raindrops gradually splattered in the bus window, tiny transparent dots mildly splashing in his view.

He then sighed as it felt like it's getting too cold for his taste. The stitched wound which he hides in his fedora hasn't healed yet because of the cold weather that affects it's healing. He can feel the subtle pain every few minutes.

He then silently grits his teeth as he snapped back to reality by the female teenager besides him who has noisy music protruding on her earphones and the infant's crying in the back got louder. "Hasn't she gone deaf by now? Gah, Sitting beside the window was a mistake", he thought resentedly, "Living is a mistake.. Why did I had to scoot over? Do I have to really consider being nice and polite sometimes? If I had not "scooted" over, she would have probably chosen another seat, but nooo..".

"St. Velvet street!" shouted the conductor in the front, ending Mortimer's petty self-argument. "Finally my suffering is about to end", he stood up with his umbrella, slided out between chairs, rushed, and almost tripped on a nearby briefcase and cursed madly in a foreign language. The owner apologized but he didn't took time to mind this passenger.

He looked at his phone for the map, scanned his surroundings and proceeded to call his cousin on the phone. "Richie, I'm near now, tell auntie I'm about to come right there", he walked straight as he avoids people and their umbrellas. "alright, don't get lost now though", Richard commented, "It was years when you were not here". "I'm not a lost child like damn snake Mallory", remarked Mortimer, "And my memory is not that rusty". "Oh man, Forget about Mal, Morty", Sighed Richard, "he ain't worth talking about".

Oh Mallory, that backstabber. How could I forget, my own flesh and blood, my own brother of my exactly shared image, left me. Selfish to just ditch me under the bus so he can save his own ass, after what we went through together. Left the mess he made and now the police has trapped me and keeping an eye on me. I could have been the new mob leader like Godfather Harris said, but no, Mallory can't accept the decision. After I recovered and have the chance, I can't wait to strangle that clown...

"oh sorry. I w-was just focusing where I am", excused Mortimer. A lingering feeling bothered him as he goes to a street with lesser people. A feeling he was familiar of. "Oh.. um.. call me later, Rich", he hanged up and rechecked the map. "Maybe I should've went left earlier", he sighed as he realized he was lost.

He looked around and bittersweet nostalgia flooded his mind. He remembered having his first fistfight on the very spot he was in. Played hopscotch on a chalk outline and got scolded by the neighborhood policewoman. He reminisced serenading the mayor's daughter on the pews of the church corridor, dated her despite the mother's dissaproval, then got left alone after they moved away. One of the most memorable to him was how Mallory and him both tried to race each other by walking on their mother's high-heels without tripping. Mallory, which seems to be practicing quite often, won.

After a bit of wandering and a trip to memory lane, Mortimer snapped as he heard voices in an alley. His senses tingled and peeked where it originated. Two rascals is threatening a man in a dirtied white suit and messy blonde hair. Mortimer was thrilled and confident he could take the two out with his own pistol, and maybe, just maybe, pry some cash from the guy with the gold and white suit. Is that guy a model? no, too short. Where did he get that nice tuxedo?

He puts on a silencer in his gun, positioned behind the trashbin, and aimed for the hoodlums.

"Believe me, guys", the blonde man uttered with a friendly attitude, despite having both tactical knives pointing at his chest, "we don't have to fight, believe me". The rascal told the other one to check his pockets, not noticing the necklace he hid inside suit. "Useless! he doesn't have anything!", grunted the thug with the tattoo. "How 'bout we kill you instead, smiley face?", threatened by the other one with a facemask, "waste of time--"

The man in the ragged white and gold suit swiftly disarmed the knife, kicked the man away, and roundhoused kicked the other hoodlum's weapon. Mortimer, astounded with the odd stranger's skills and reflexes, reconsidered robbing the man as he watches in the distance. The man in a ragged white and gold suit managed to knocked out the tattooed one with a bunch of impressive kicks and punches, but the other one quickly recovered and managed to grabbed the discarded knife. The hoodlum was about to launch when-- 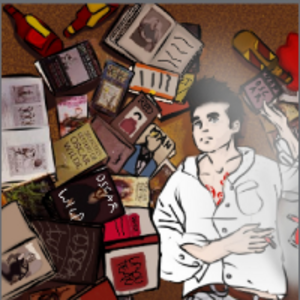 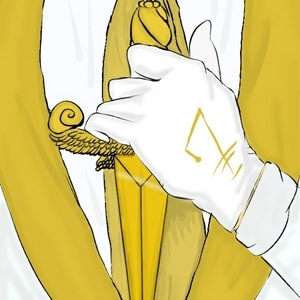 The Archangel Sachiel is send down on earth to hunt down a young fallen angel, the manipulative Donnavan, the lost son of Azazel, who rebelled against the seraphim and plans to bring chaos with the help of an ancient evil entity.

Sachiel, volunteered to find the fallen angel as he believes the young lost soul could return to the right path as he believes strongly on redemption and forgiveness.

As he falls on earth and takes on a physical form, he is introduced to and threatened by robbers, and is saved by a former criminal by chance. Later on, he becomes more human.

The story starts with the former Mob leader who is burdened with a mysterious and dark past, the cynical Mortimer, who was feared by many and used to hold a powerful mob. Backstabbed and framed by his most trusted partner in crime and twin brother, he becomes enraged and questioned his ability to trust others. He pretends to his relatives that he wants to change, which what he truly seeks is revenge. He is released early in prison by his father and seeked refugee to his relatives.

The two will find unexpected obstacles to their goals, and those obstacles sometimes become each other. 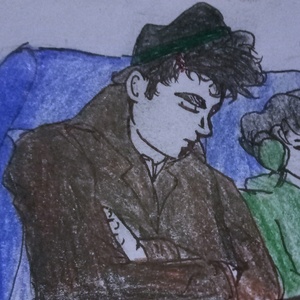