Yet Another One : A Science-Fantasy Isekai

# Join with us into the world of Altaris, a world mix of fantasy, science fiction, mystery, dungeon crawling and more!

Where you can be yourselves, be some aspiring leader or the bandits of the outskirts.

Just know, that the Demon Lord is out there, and you will be forced to confront each other #

I opened my eyes, and so i was greeted by the extravagant, melancholicly grim beauty of the landscape surrounding me.

The dark blue sky with it's shining stars and the moon so far out of reach, with the horizon enveloped by the aurora lining itself as far as i can see.

The blue-ish vegetations and trees with it's fruits and leaves that emits a faint blue light, and the animals around it that resembles horned cows and are covered by white fur.

In the distance, i noticed some floating piece of land and big rocks and what looks like the relics of the old civilization.

The frozen tundra i'm standing on, and snows on the distance everreaching the landscape. (Where the heck am i?)

I tried to go forward, but i was stopped at my right feet, and only realized what i can only say as a drastic change on the unsightly view behind my back.

Withered plants, rusty metals, rotten meat, black oils and dark red blood scattered across the tattered field and craters uncountable by all fingers i have.

My right leg was below the remnants of these things, but fortunately i was able to pull it out rather easily, and so with that the black ashes scatters off from it after i shrugged it off.

I began walking forward to one of the trees to grab it's fruits, expecting the herd around it to run as soon as they saw me. Yet, they stay the same even after approaching one them to pet them. It's pretty drenched but seconds later a little bit of heat surrounded both of my hands. It's pleasant, alright. (Oops, looks like i was too immersed on the feelings, so i let my hands go from the fluffs.

Leaving these cattles behind, i look up to the glistening frozen green-leaf tree with it's pompous condition despite the weather condition that's setting in.

I climbed on one of the big branches to take a couple of the fruit, immediately eating the first as soon as i picked one.

(It's not too sweet and salty, and it has this cold feeling to it, like a mint mixed with some menthol. Pretty sure that's not as healthy as it sounds, but like i got a choice with how i am currently)

Minutes gone by picking each one by one with the cattles going elsewhere after getting disinterested in the wanderer that is me, and i'm pretty stuffed even before eating meat. (*Sneezes* Ugh~. It's a wonder how the cold still ges me even after being fulfilled within). I shudder as the cold wind passes me, and then i climbed higher to get a better vantage point.

Facing south-west from the tree's position, i noticed a small cave between the mouth of two rivers flowing from the north.

I climbed down with difficulty as these body isn't used to the feeling of pain and cold sweat.

After making a safe landing from the tree, i begin walking into the goal i'm setting for.

(It's quiet...After seeing those herbivores gone, it feels like i'm being watched by someone, or something?). While i do so, i reminded myself that the possibility of danger lurking inside is pretty high, so i grabbed some pebbles on the road beforehand.

I arrived, facing the opposite direction of the cave, hiding behind some big boulders that gave me the perfect place to hide. (*Exhales* Alright, if there's a bear inside, i'll book out if the chance were to come).

I throw one to three pebbles second after second trying to lure out any predator that might stays inside.

... A couple of minutes later, i began descending to the cave with me bringing a big rock in case something tries to lump at me while inside. (Can't be too careful with the harsh snow making me cool down my temperature which keeps me functioning as a whole)

As i set my foot inside, i sneak to make sure i am able to hear other sounds that could indicate a predator is residing within. (Who cares if it isn't good for the soul? As long as i'm not dead, i can take care of that on my own)

At some point, lights from all directions seeps in and exposes me to the brim. (The Hell?!)

You'd think that there's only be darkness in a cave, but fortunately i was greeted by green and yellow lights from mushrooms and plants covering the walls of the cave.

I slumped on the wall, sitting with my legs straight as i try to think everything from my awakening.

Why am i here?

What time is today?

What is the remnant that was behind me?

Am i the reason for it or was i just participating in it?

How did i even know all of these things?)

Questions only adding up time after time, and then i felt a sudden surge like electrics storming in on my head. A headache, precisely at my forehead, like a hammer putting up a nail on a wall. (AGH, What Is It?!)

*Author Notes: Chapter acts as an opening prologue for the current Volume that'd be labeled as LOG at the very end of a Volume.

This section will be found in the next 3 to 6 Volumes or LOGs, so you will have to be patient for it.

You may find yourself stranded on what's to image or the words are just too painfully numb and straightforward, and i apologize for that.

Ambiguously, this kind of thing isn't really by choice. I just got some kind of dream about it, and that very dream showed me a whole new world for me : Storywriting.

From that point on, i thought about making interconnected worlds of gaming but from real worlds event, i got inspired to make it something much more, in many ways. So in a way, it's kind of a calling just because, that's that, then. 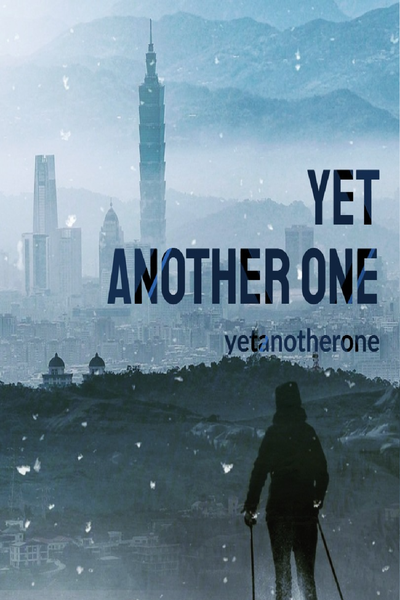 Yet Another One : A Science-Fantasy Isekai

Disclaimer : Only for audiences ranged at least older than 17 years old as there will be many disturbing content inside the content of writing.

How did it come to this ? How far have i fallen ? How long should i wait for the moment to come ? How am i supposed to believe what is beyond this realm ?
How the heck am i supposed to believe what was merely an unfinished [redacted] to become [redacted] itself ?
Should i live on, going back on an ever ending journey for another purpose?
Or do i finish the job, and end this once and for all for the good of all [redacted] of this world?
For the questions i will have along the road, i've prepared for it.

This log served me as a medium on the journey. Be it storytelling, learning, reflecting, and as a reminder of what i could and could not be .
For whoever picks this up, i give you my condolences. This where i left you to decide, i hope what's inside can help you whatever trouble you may end up on.
Goodbye, [redacted] Signing Off.

It was just supposed to be another day in the company for Alan Hassani. Working as a writer and other trivial jobs with his co-workers, chatting up in the break time, and coming back home greeted with his warm family... That is, until one day.
That one day, Fate took his oblivious casual happiness and spirals him with his other 3 co-workers into the very project they're working on, Projekt Grey.
Follow along as he discovers the world of Altaris and his logs while he searches for the other 3 and a way to get all of them out of there alive, One Way or Another. (") 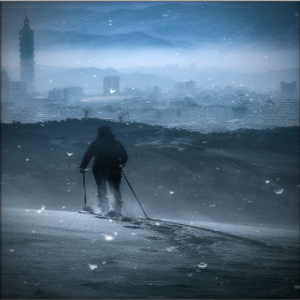