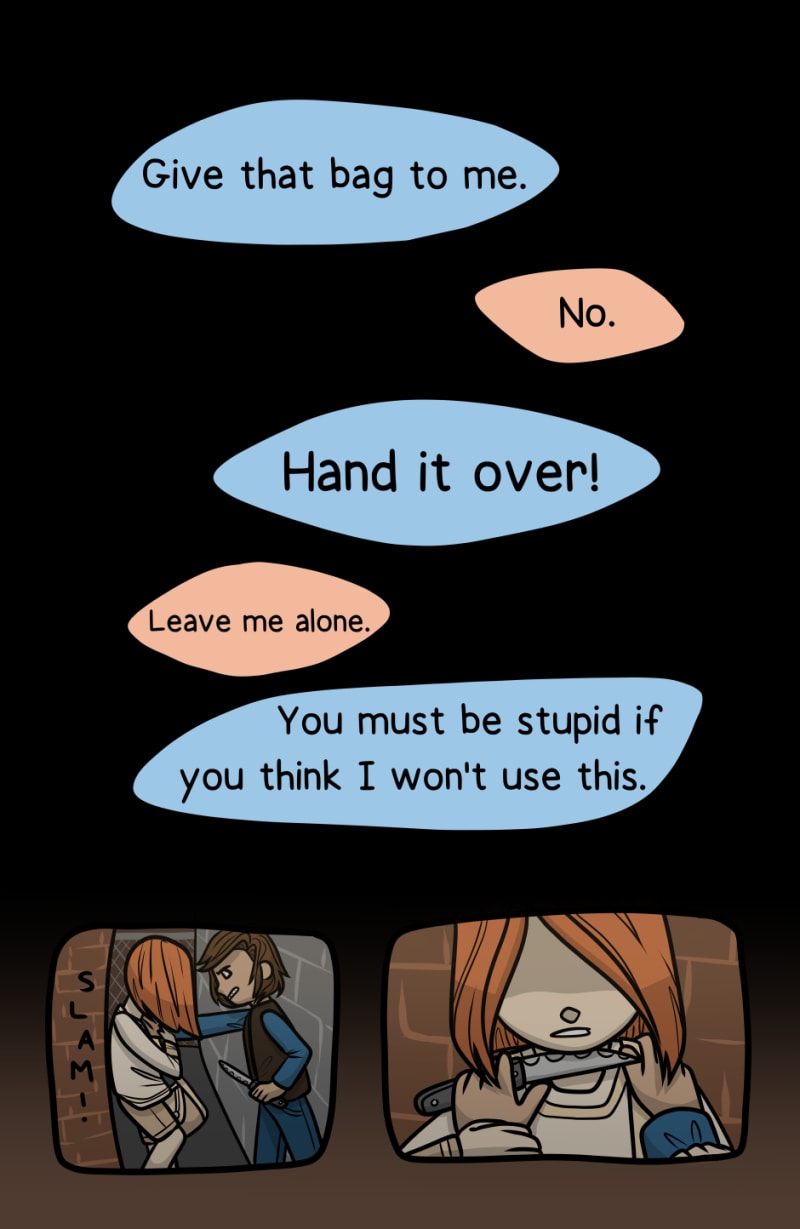 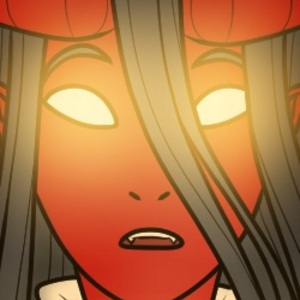 In hindsight, maybe telling the mugger to shoo was not the best way to go.

Go read the last paragraph in the description of this comic. This is the only time you will receive this warning.

Gonna upload this thing one page at a time. Just throw them out as I finish them. I am way too unreliable to do more than one at a time. Should come out with a page every couple of days, or two on my off days. 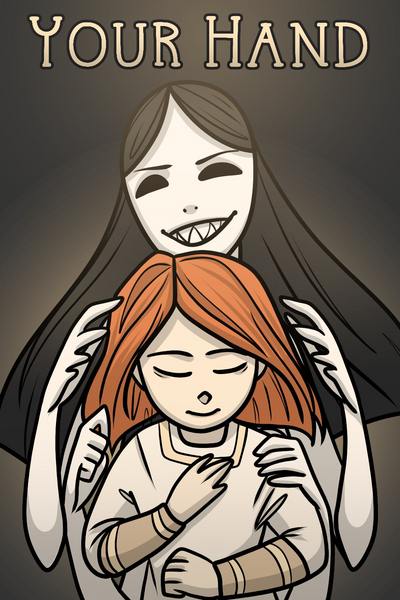 UPDATE: This comic will no longer be continued. Due to unpleasant life circumstances, I need to let this project go. I will be leaving what's here up, but no new pages will be released.

Those who commit great sin are cursed to give birth to wicked children. Demons have bestowed upon these children awesome abilities and terrible tempers, and the few who resist the urge to harm the innocent must find a way to break the cycle or resign themselves to their inescapable destiny as the destroyers of mankind.

Enter Valentine Black, a witch who can control the actions of those who anger him. Apprenticed to men and women who will train him to hunt his own kind, taught to wield a blade and hurt those who come too close, he should hate these strange and pathetic humans.

But they stir emotions Valentine does not recognize, and as he immerses himself in their odd ways and gains the attention of a boy who makes him feel as though he is meant for more than this grim destiny, he begins to believe that he can become something more than a simple weapon.

This is an extremely dark story. It features heavy themes of death, abuse, mental illness, and suicide. If you have triggers, chances are this comic contains them. I will not be putting mature warnings on most pages, so read at your own risk. You have been warned.

This series will remain free 'til the end of time.
Subscribe 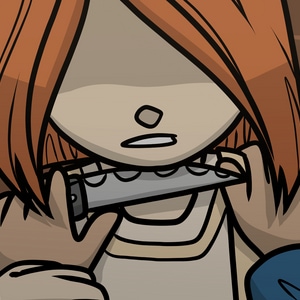